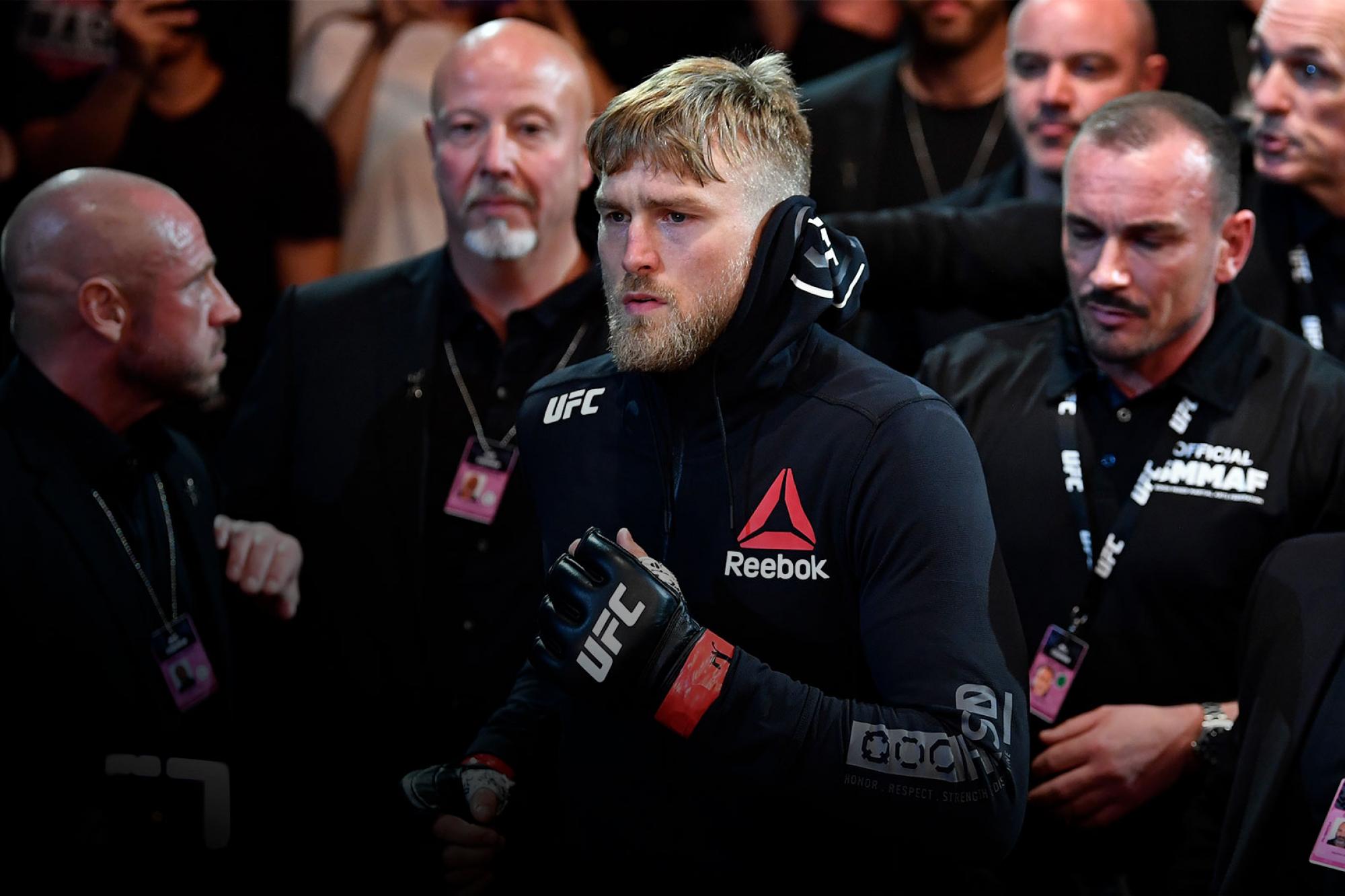 The former light heavyweight contender's short-lived retirement comes to an end as he begins a journey in a new division.
By Thomas Gerbasi, on Twitter @tgerbasi • Jul. 22, 2020

The retirement of Alexander Gustafsson in June of last year came as a shock to everyone, including Alexander Gustafsson, who had no grand plans to walk off into the sunset pending the result of his homecoming bout in Stockholm against Anthony Smith, no discussions with his friends and family, and no warning sign to his coaches and team.

But after his submission loss to Smith at 2:38 of the fourth round, the longtime light heavyweight contender called it a career, in the Octagon where minutes earlier he was an active fighter.

“Most of it was that I was just disappointed with myself and also very angry,” said Gustafsson. “I made a huge mistake in the fight and it cost me a fight that I should have won. There were a lot of emotions and thoughts right there and I made a decision basically when I was in the Octagon. My coaches, my teammates, my family, nobody knew about it. I just did it right there.”

Next came a deluge of well wishes and retrospectives on a nearly 12-year run that saw him pioneer MMA in his home country of Sweden while becoming one of the best 205-pounders of his era, one who came perilously close to taking the belt from Jon Jones and then Daniel Cormier. 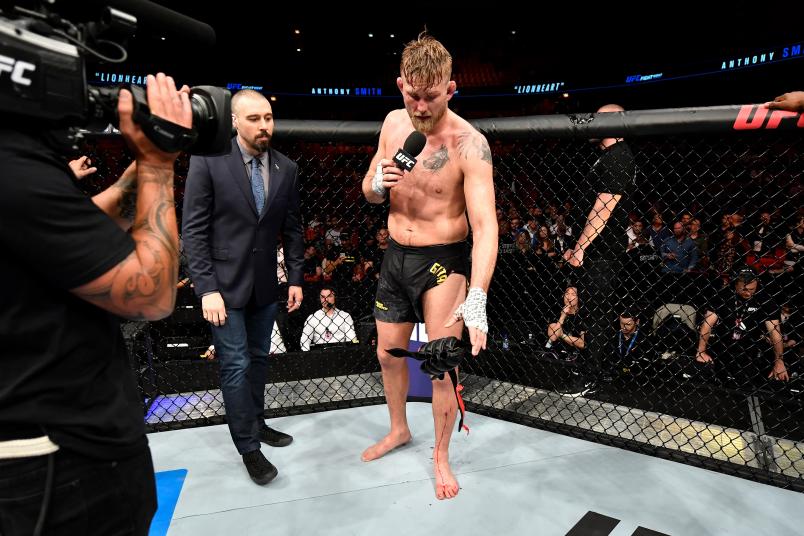 STOCKHOLM, SWEDEN - JUNE 01: Alexander Gustafsson of Sweden announces his retirement after his loss to Anthony Smith in their light heavyweight bout during the UFC Fight Night event at Ericsson Globe on June 1, 2019 in Stockholm, Sweden. (Photo by Jeff Bo

“I got so many posts and so much feedback from the fans, from media, from other fighters, and all the appreciation was a big honor for me,” said Gustafsson, who settled into retirement.

For less than a month.

“I came home, and I was home for a week or two and I started to think to myself, 'What the heck did I just do?'”

He laughs, but I have to ask, did he at least enjoy his time as an ex-fighter?

“Not for so long, no. It was good for a couple of weeks, then I got the itch back and I was back in training at the gym.”

It wasn’t a surprise. First because retirements in combat sports rarely stick, and second, because at 33, Gustafsson is still young enough to make an impact in the sport. And he knows it.

The rumor mill didn’t take long to fire up, and before long, it was announced that “The Mauler” would be coming back, this time at heavyweight. And while the division might have changed when he debuts with the big boys against Fabricio Werdum on Saturday, the perfectionist in him remains.

“I've put very high expectations on myself, I'm working very hard and sometimes I just lost at the finish line, and that hurts even more,” he said. “But here we are now and I'm really looking forward to the Werdum fight, and it's good for me to start over in a new division, and with the opponent I'm getting and it being a three-round fight, it's been a very, very nice welcoming for me.”

There are a couple key points in that comment, the first being that yeah, he was thisclose to beating Jones and Cormier for the belt before coming up short on the scorecards. That’s got to sting. But the second is even more telling, as Gustafsson will be competing in a three-round fight for only the second time in the last seven years. As he explains, that drain in training camp, along with making the 205-pound limit, is no joke.

“It's been a couple years,” he said of his return to three rounders. “We train super hard, no matter what we do, and a fight is a fight, but those two extra championship rounds are tough to do, even in training.” 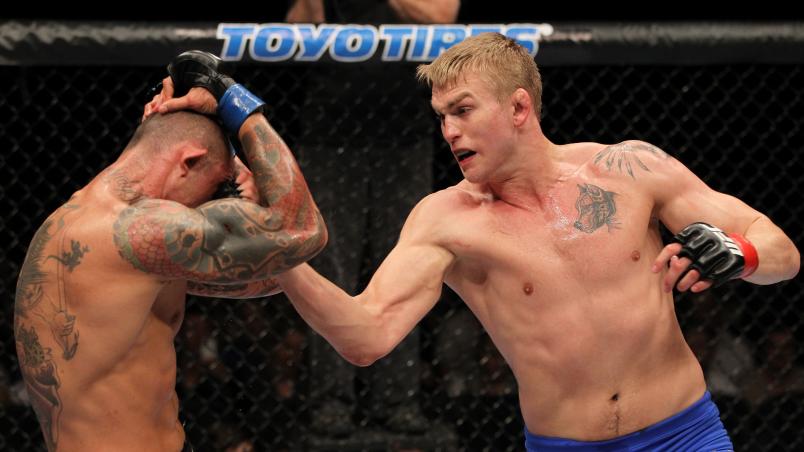 Does that mean heavyweight will be his permanent home, moving forward?

“We'll just wait and see what happens and how it feels and how my body will handle it,” Gustafsson said. “I don't want to say too much, but so far, I'm very comfortable. I'm feeling really good and I'm not just taking my skills from the light heavyweight to the heavyweight division; I'm working with big heavyweights and I'm feeling strong. It's a new experience to have that strength. Because I'm a pretty big guy, I'm cutting a little weight, so when I'm done cutting weight, I'm actually feeling a little weaker and I get injured a lot easier. So this has been really good for me.”

For a guy who doesn’t want to say too much, Gustafsson just said a mouthful about his future plans.

“I'm feeling so good. I'm very happy about the decision to come back.”