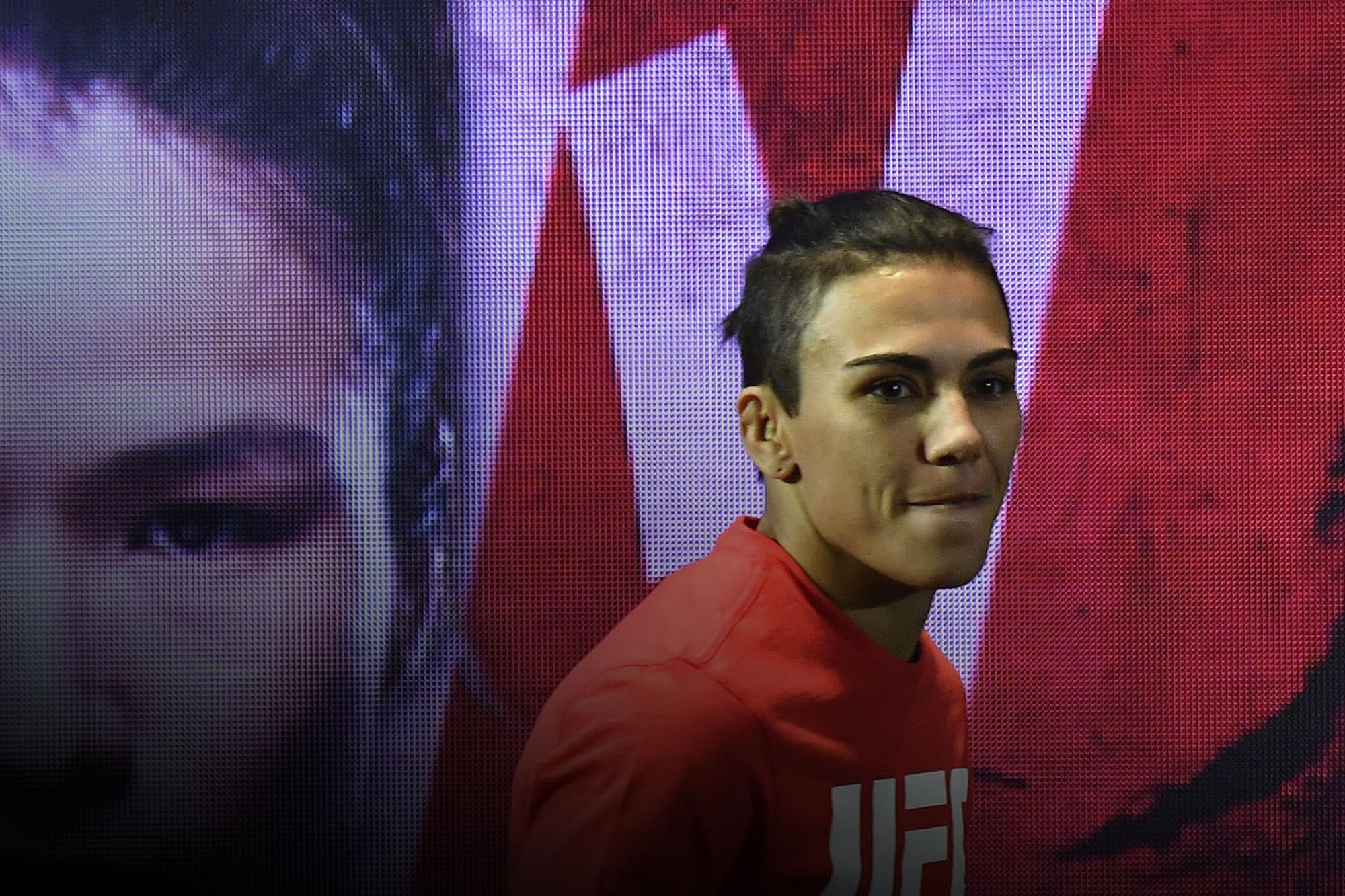 "You can’t really call yourself a world champion if you don’t go out in to the world to show the people who you are.”
By Thomas Gerbasi • Aug. 30, 2019

When the announcement was made that UFC strawweight champion Jessica Andrade was going to make the first defense of her title against Zhang Weili in the challenger’s home country of China, it came as a surprise to many.

Sure, Andrade won her title in May by beating a champion – Rose Namajunas – who went to her opponent’s backyard in Brazil, but it was still expected that “Bate Estaca” would make her first defense at home or at least take a victory lap that extended beyond the summer. 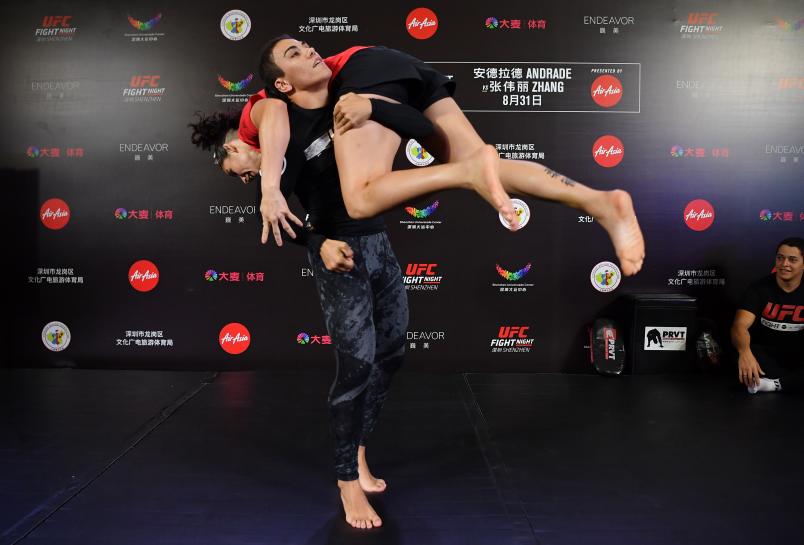 “The UFC is a worldwide promotion,” said Andrade. “So you can’t really call yourself a world champion if you don’t go out in to the world to show the people who you are.”

That statement alone shows who Andrade is. She’s a true champion, even though she’s only held the belt for a little over three months, and as such, when approached about headlining the UFC’s first event in Shenzhen, she didn’t blink. And in agreeing to the fight, it wasn’t just for the promotion, but for her fellow fighter.

Watch Jessica defend her title Saturday with your ESPN+ Subscription

“Zhang was having a similar problem as I have had in the past,” Andrade explains. “Opponents were turning her down left and right and that is not fair. She is a professional fighter and she needs to compete in order to earn. So once they told me what was happening, I was more than happy to give her this shot.”

Given the relatively quick turnaround from her title-winning effort against Rose Namajunas at UFC 237, Andrade admits that she hasn’t had time to sit back and enjoy her victory and the belt, but she has already felt the impact of bringing Brazil another UFC championship.

“I’ve been able to help more people,” said the 27-year-old. “The belt is allowing me a platform to do a lot of good, especially to those close to me. To be able to have my training partner and friend Karol Rosa fighting on the same show as me is priceless.”

Andrade is one of the best ambassadors for the sport around the world and someone who is genuine in everything she does. It almost makes you forget that she is a terror on fight night whose highlight reel knockouts have made her an intimidating force when the Octagon door closes. Just take her win over Namajunas in Rio de Janeiro. There was nothing but respect and admiration between the two combatants before the fight, but it was on once it was time to go, and it was Namajunas racing out to an early lead that didn’t deter Andrade. 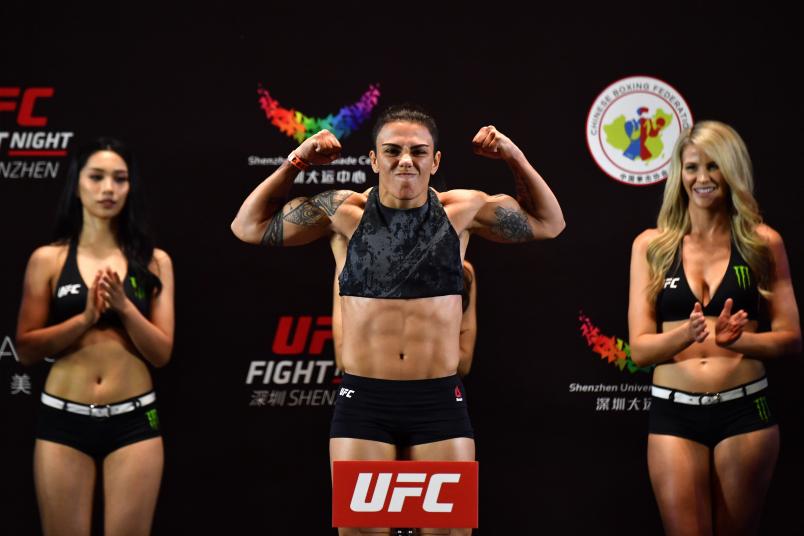 “I am used to dealing with adversity,” she said. “Watch any of my fights and you will see a lot of opponents are able to beat me in the first round. But I have been able to adapt and take over on most of those occasions. I have been built in the fire, and that makes it very hard for my opponents to be able to keep beating me for an extended period of time.”

Less than three minutes into round two, the fight was over and Andrade was the champion.

Now it’s on to Zhang and her 19-fight winning streak.

“I see a lot of myself in her,” said the champion. “She is a proper test for me and I am taking her very seriously.”