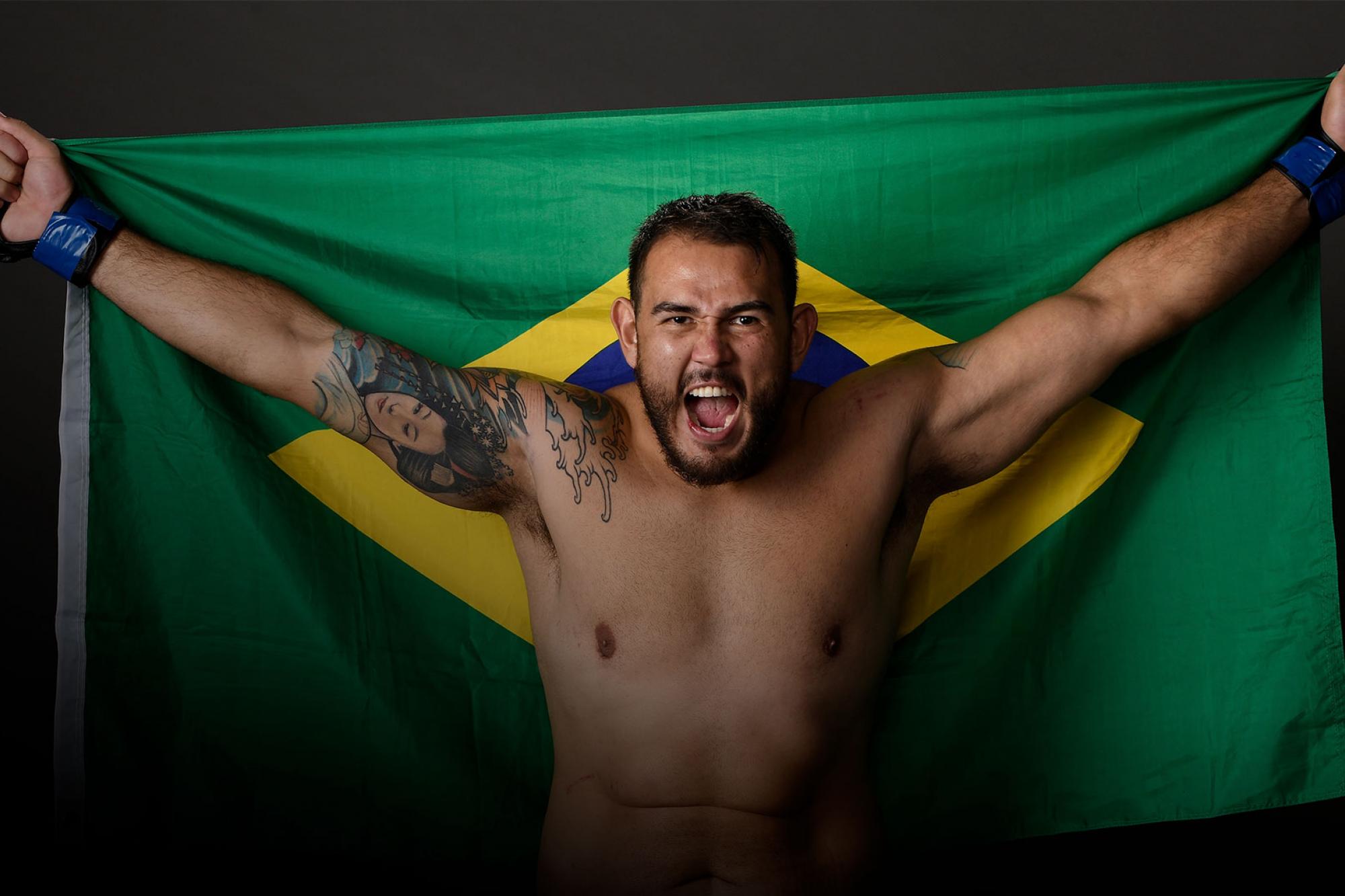 Augusto Sakai's ascension up the UFC heavyweight ladder has been a methodical climb. Now he gets a his big opportunity against Alistair Overeem in a main event
By E. Spencer Kyte, on Twitter @SpencerKyte • Sep. 3, 2020

Most everyone is familiar with Aesop’s fable about the tortoise and the hare, where the brash, arrogant hare gets challenged to a race by the tortoise, sprints out to an early lead, then rests on its laurels only to be overtaken and defeated by its methodical opponent.

When it comes to mixed martial arts competitors, everyone tends to pay closer attention to the hares — those fighters who burst onto the scene, set the sport ablaze, and spend copious amounts of time telling anyone who will listen how special they are and how many titles they are eventually going to win.

Rarely do we cast our attention to the fighters who make incremental progress year-after-year, steadily climbing the competitive ladder with little fanfare. Many times, while everyone is busy documenting the every move and comment of the loudest hares, a tortoise or two will put together enough victories to overtake their brash contemporaries and be the first to reach title contention.

Augusto Sakai is one of those fighters.

The 29-year-old Brazilian made his MMA debut in October 2011 and fought twice a year in seven of his first nine years as a professional. This weekend, he makes his second walk to the Octagon of 2020, squaring off with veteran contender Alistair Overeem in the main event of the first September offering at the UFC Apex in a battle that represents Sakai’s first foray into the spotlight.

He’s never been the “hyped newcomer” or the “dark horse contender everyone is talking about;” instead, he’s made slow, steady progress since Day One, quietly putting together the victories needed to reach the fringes of title contention in the UFC heavyweight division.

“Everything in God's time,” Sakai said when asked about his methodical climb from the regional circuit to the Contender Series and on to this weekend’s main event against Overeem. “I believe everything happens in the right time, and with two fights per year, I could develop as a fighter and as a person.

“Of course, I had some bad moments, but I never got discouraged because I knew my time would come.”

The only bad moments Sakai has endured inside the cage came literally a year apart during his time competing under the Bellator banner.

After pushing his record to 9-0 with victories in each of his first three promotional appearances, the six-foot-three Curitiba native battled Dan Charles to a majority draw, and then dropped a split decision to UFC veteran Cheick Kongo 364 days later.

“I learned a lot and I realized that I needed some changes,” he said of the two-fight skid that represents the only blemish on his resume to date. “I needed to grow even more to be able to be where I wanted and that's what we've done.”

The following summer, after securing a first-round stoppage win at home in Brazil, Sakai ventured to Las Vegas, stopped Marcos Conrado in the second round of their clash on one of three all-Brazilian Contender Series fight cards, and earned a UFC contract.

In the two years since, the quiet heavyweight has taken incremental steps up the divisional ladder with each subsequent appearance, stringing together four consecutive victories, alternating between fierce stoppages and split decision verdicts to arrive at his main event showdown with Overeem on Saturday.

“After every fight I realize how much I have improved and how much I've grown inside the UFC and I'm sure I'll grow even more,” he said of his first two years on the UFC roster. “It's just the beginning.

“I've made many adjustments — I've changed the physical training, many things about my diet, and I've also adjusted something regarding my mind to embrace it all; the champion’s mind.

“Every change was very important for me to be here today, but those changes were very easy,” he added. “I've always dreamt about being here and I want to go even further, so if I have to change something to achieve it, I will do it.”

Continuing to grow and improve as a fighter is always crucial, but in terms of the results he’s been able to achieve inside the Octagon, Sakai only needs to keep doing what he’s been doing.

Though he’s alternated between stoppages and split decisions through his first four outings, those matching sets of results illustrate what makes the Brazilian a legitimate threat in the heavyweight division.

Not only does he have the offensive arsenal and punching power to stop another competitor dead in their tracks, as he did to Chase Sherman in his promotional debut and veteran Marcin Tybura 59 seconds into their meeting last fall in Vancouver, but being able to navigate three hard rounds against seasoned, dangerous foes like Andrei Arlovski and Blagoy Ivanov show that Sakai also has the toughness and tenacity needed to grind out victories when the opportunity to finish doesn’t present itself.

In addition to methodically working his way up the divisional ladder over his first four UFC appearances, Sakai has also made steady progress up the fight card. His debut opened the televised preliminary card before getting bumped up to second-last and then the final preliminary card slot in his second and third fights, respectively. When he fought Ivanov earlier this spring in Las Vegas, they manned the co-main event position, and now Saturday night, he and Overeem are stationed atop the marquee.

“I was very happy with this fight, especially for being the main event,” Sakai said of this weekend’s headlining assignment. “To fight a big name in a main event, it means that UFC is also betting on me and seeing me as a fighter for big fights.”

And this is easily the biggest fight of his career.

Overeem is one of the most decorated and experienced fighters in the heavyweight division; a 65-fight veteran who has held titles in numerous organizations and challenged for UFC gold four years ago. After having his two-fight winning streak snapped at literally the last second last December by Jairzinho Rozenstruik, the Dutch veteran got back into the win column earlier this year with a second-round stoppage win over Walt Harris, and has set his sights on making one more run at the heavyweight title before he decides to hang up his four-ounce gloves.

When asked what a victory over Overeem this weekend would mean for his career, Sakai responded, “A win over Overeem means that I'm on the right path and on the way to a title shot,” he answered. “Then the next step is to look at the Top 5 of the division and find a fight that puts me in a title fight.”

“On the right path” and “on the way” aren’t the kind of statements you tend to hear from fighters set to face off against icons of the sport. Acknowledging there would still be more work to do even after beating a former title challenger and divisional fixture isn’t the kind of thing you tend to hear from a fighter looking for their fifth consecutive victory, a mark that would represent the longest active winning streak amongst the heavyweights in the Top 15.

But just as a leopard can’t change its spots, a tortoise can’t suddenly decide to move faster, and given all of his success thus far, why would Sakai want to?

Slow and steady has brought him to the biggest fight of his career and the brink of title contention.

The hares can have the spotlight; Sakai is more concerned with winning the race.