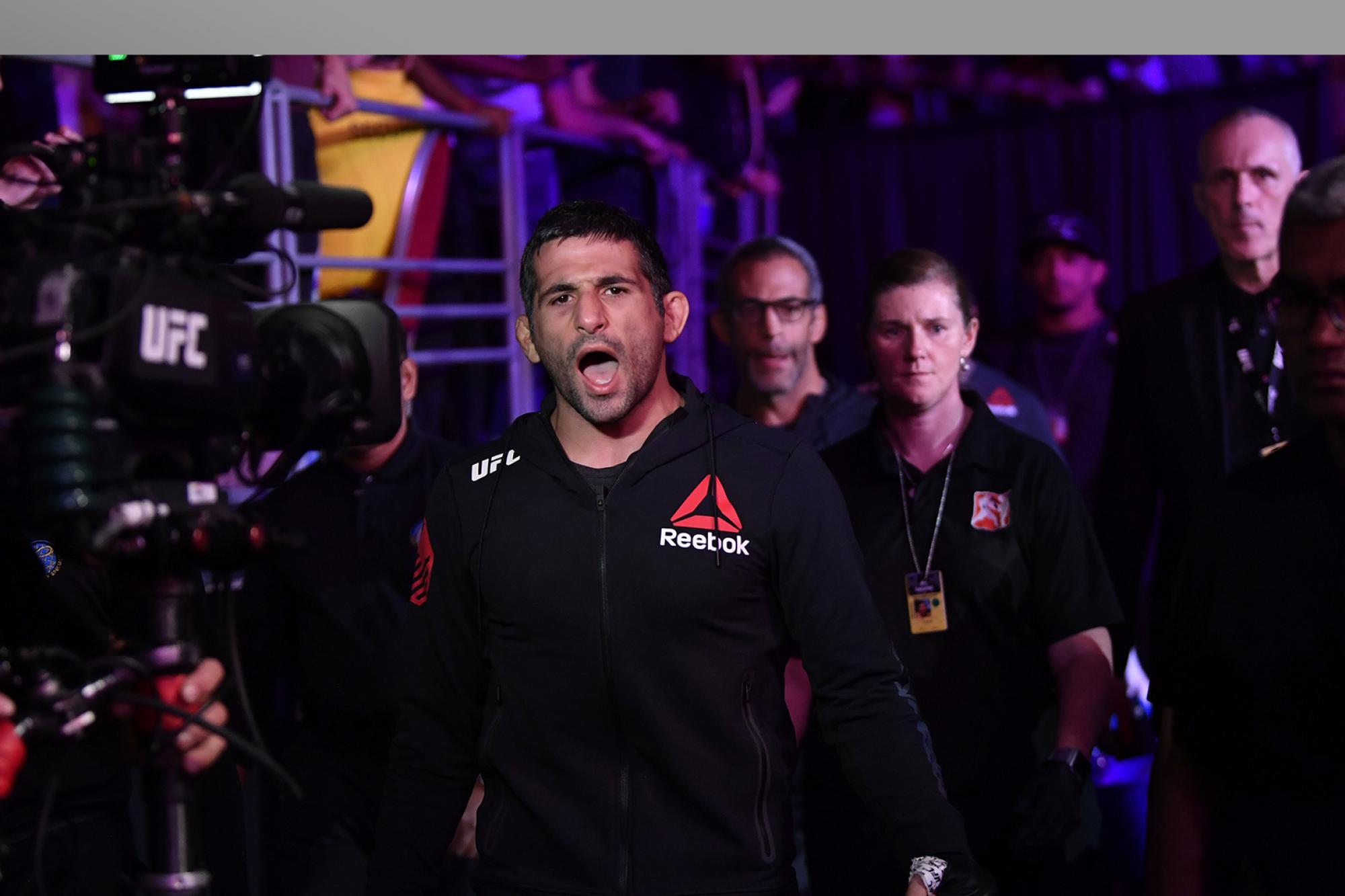 Beneil Dariush nearly walked away from MMA in 2018, but he faced adversity and believes he's ready to make a run to the top.
By Gavin Porter, On Twitter @PorterUFCNews • Aug. 3, 2020

Beneil Dariush is on one of the most impressive runs of his career.

He’s won four straight fights, collecting three Performance of the Night bonuses and re-establishing himself as one of the elite fighters in the stacked UFC lightweight division. Dariush’s resurgence wasn’t something that happened overnight, in fact, it nearly didn’t happen at all.

“The darkest time was after I lost to Alexander Hernandez at UFC 222. I was really thinking about retiring because why would I fight if that’s what my career was going to be like if I took a punch,” the 31 year-old Dariush told UFC.com.  “What’s would the point be to keep fighting?”

In the months following his 42-second knockout loss to Hernandez, Dariush realized that he was facing a pivotal moment not only in his career, but in his life. That’s when the Kings MMA fighter was able to rely on his faith, tap into his experience and finally get his health to where it needed to be.

“It was a sink or swim type of deal. I was either going to let the losses get to me or I was going to get better, focus on what mattered and overcome adversity,” Dariush said. “I was in a bad place, but I spent a lot of time in prayer, reading scripture and letting God provide for me. I let my lingering injuries heal and I learned to deal with adversity.  And now here I am competing with the best in the world.” 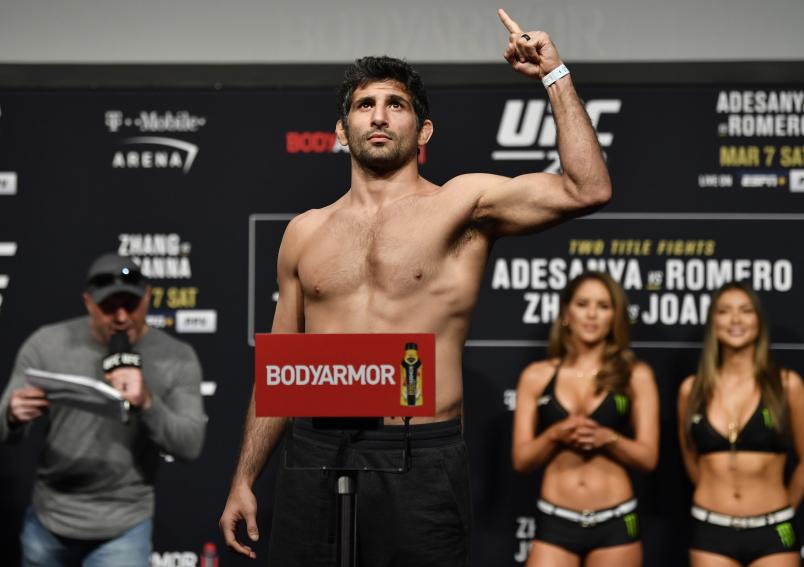 Beneil Dariush poses on the scale during the UFC 248 weigh-in at T-Mobile Arena on March 06, 2020 in Las Vegas, Nevada. (Photo by Jeff Bottari/Zuffa LLC)

Finding that perfect formula of experience, health and mental fortitude has made Dariush, who will be competing in his eighteenth UFC bout on Saturday, one of the most dangerous fighters in the division. Not only can Dariush rely on his fight IQ to stick to a gameplan, but he also isn’t afraid to bite down on his mouthpiece and let his emotions take over.

If you’re looking for a prime example of Dariush’s desire to engage in an all-out war, look no further than his UFC 248 knockout of Drakkar Klose. At the start of the second round, Dariush clipped Klose with a right hand, and as Klose retreated to the opposite side of the Octagon, Dariush pressured forward, peppering Klose with multiple blows that shut the lights off in emphatic fashion.

“When it comes to that Drakkar finish, I came into that fight wanting to take advantage of my skill set and follow the gameplan,” Dariush said. “But then I heard his corner yell out that I was tired. That pissed me off, so I made the decision to show him I wasn’t tired, and I went after him.”

At UFC Fight Night: Lewis vs Oleinik, Dariush will look to add another highlight reel finish to his resume when he takes on Scott Holtzman. It’s a matchup that Dariush has anticipated and welcomes, despite the fact that he believes he deserves to be fighting ranked opponents.

“I was hoping to fight someone in the top ten and I was working my butt off in the gym but when we went through the list no one was available,” Dariush said. “I didn’t want to sit around and wait, and Scott Holtzman is someone I thought I would fight anyway. He is an awesome guy who puts on great fights and he’s never been finished before. He’s a puzzle and that’s something I love about this fight. He’s a challenge, and when I retire, I want to know I faced the hardest competition out there.”

Dariush knows that after he defeated the dark times he faced back in 2018, he can beat any challenge that he encounters in the Octagon. He believes he’s hitting his stride and is ready to make his true climb to the top.

“Deep down at heart I’m just a barbarian that loves every second of competing at the highest level,” Dariush said. “I think right now I’m capable of finishing anyone, from the champion to number 1,000. I have the ability to put anyone away, I just have to show up the day of the fight.”