The Best Of Andrei Arlovski

There Are A Ton Of Phenomenal Moments In The Legendary Career Of Former UFC Heavyweight Champion Andrei Arlovski. Take A Look At Some Of His Best Hits:
By Gavin Porter, On Twitter @ItsGavinPorter • Oct. 14, 2021

Let’s not forget that in 2005 Arlovski became the interim UFC heavyweight champion, defended his interim title and then defended his undisputed title. “The Pit Bull” has always been a force once that cage door locked and has stayed at the top of the game for longer than pretty much anyone.

At UFC Fight Night: Ladd vs Dumont, Arlovski will step into the Octagon with plans to add another highlight to his resume when he faces Carlos Felipe.

Take a look back at some of Arlovski’s greatest hits as we get closer to his next bout.

Arlovski had his hands full when he faced Vladimir Matyushenko at UFC 44. It was a good test for the relatively green heavyweight (5-3 at the time) and was also a forecast of things to come.

Arlovski and Matyushenko battled for much of the first round, engaging in the clinch and trading big strikes until Arlovski landed a huge uppercut that stopped Matyushenko in his tracks. Matyushenko covered up before Arlovski could inflict too much more damage and that was all she wrote.

47 seconds is all Arlovski needed to claim the interim UFC heavyweight title. Arlovski dropped Sylvia quickly with nice right hand, followed his opponent to the ground and went straight for a heel hook.

What a way to claim the belt. 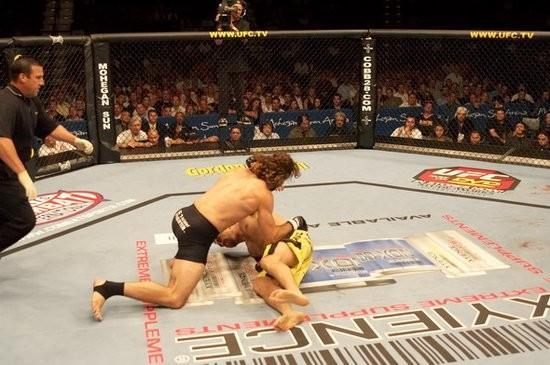 Arlovski only needed one punch to defend his UFC heavyweight title. Just 15 seconds. Arlovski connected with a picture-perfect straight right to the jaw of Buentello that dropped him that ended the bout.

The crowd wasn’t happy at the time, but it happened so quickly and in such an unusual manner, that they didn’t quite see the punch that took care of business. A truly incredible performance for Arlovski that will go down as one of the best knockouts of his career. 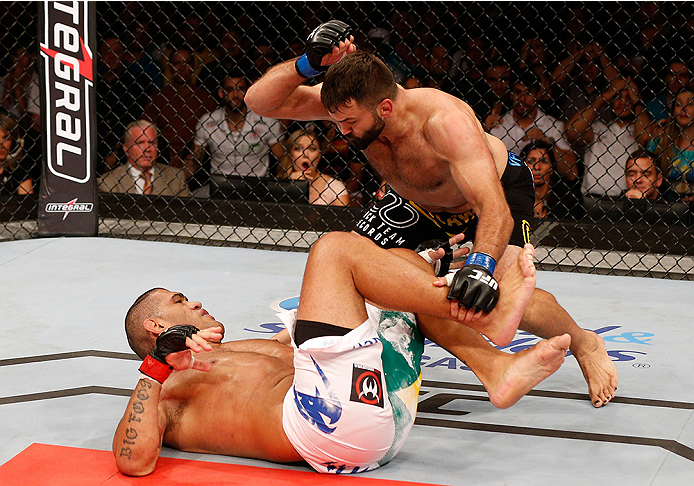 Arlovski avenged his Strikeforce loss to Antonio “Bigfoot” Silva in a big way, knocking Silva out in the first round of their main event in Brazil.

Arlovski connected with two right hands in a row that put Silva down and followed up with hammer fists that put Silva completely out. It was violent and it was vintage Arlovski. 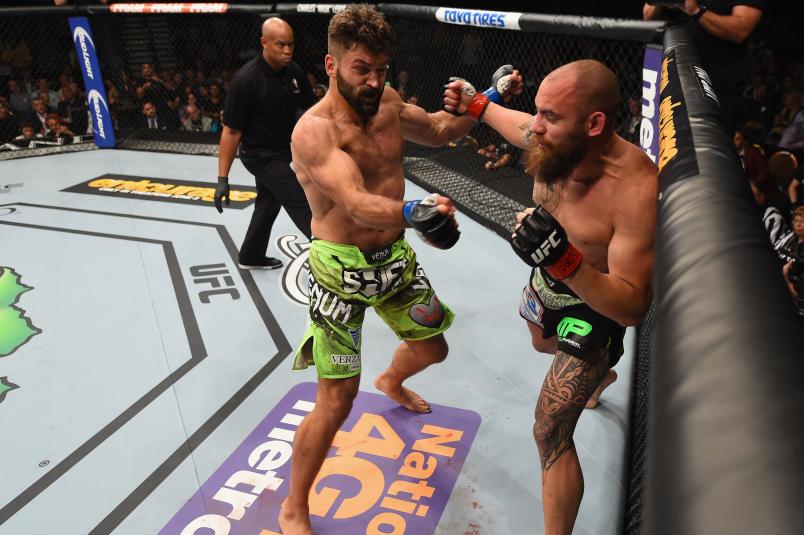 LAS VEGAS, NV - MAY 23: (L-R) Andrei Arlovski and Travis Browne exchange punches in their heavyweight bout during the UFC 187 event at the MGM Grand Garden Arena on May 23, 2015 in Las Vegas, Nevada. (Photo by Josh Hedges/Zuffa LLC)

It took less than a minute for Arlovski to get going against Travis Browne, as he hurt Browne with a nice uppercut followed by a furious flurry of strikes, but Browne was able to survive the onslaught and regain his composure. No one in the audience was ready for what was next.

Arlovski stung Browne multiple times, leaving Browne on wobbly legs before dropping him with a back-handed hammerfist-hook combo. But as Arlovski hunted for the finish, he left himself open for a huge overhand right from Browne that sent “The Pit Bull” to the canvas. Arlovski regained his footing quickly and started pouring the punishment on Browne until referee Mark Smith was forced to stop the bout.

It was a wild one and definitely one of Arlovski’s best performances.