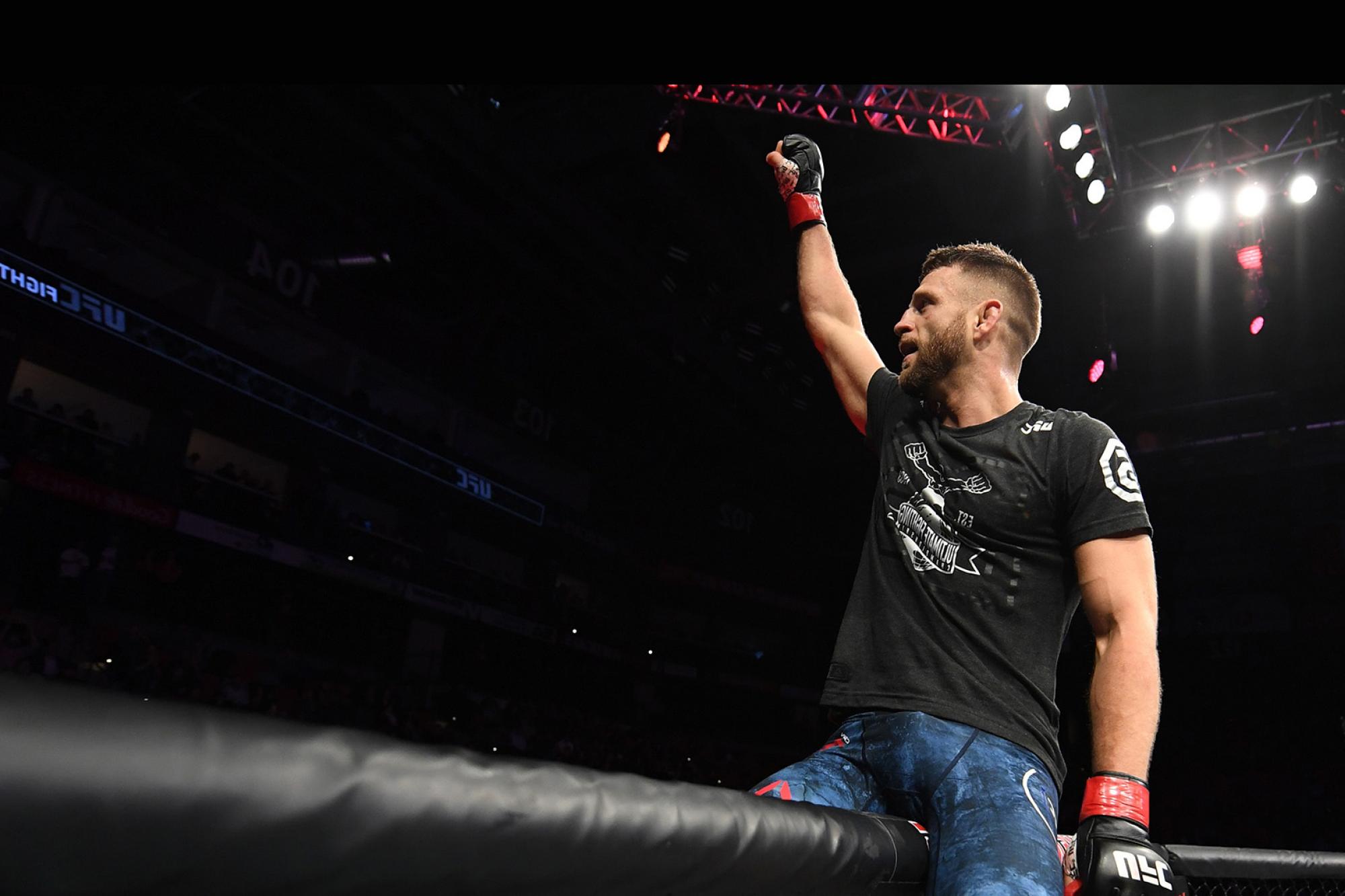 Although Calvin Kattar didn't take the fast track to the UFC, he relishes in the harder path as he reaps the rewards of his choice.
By Thomas Gerbasi, on Twitter @tgerbasi • Jul. 14, 2020

Calvin Kattar’s poker face game is strong, so no one could see a sigh of relief as he stepped into the Octagon on May 9 to face Jeremy Stephens.

But there had to be one after what ultimately was a five-month training camp full of starts and stops wondering if he would ever get to fight Stephens as the COVID-19 pandemic raged through the world.

He would, and amid the chaos of the moment, Kattar came up big, knocking the featherweight veteran out in the second round.

“All those feelings come together post-fight, because you try your best to block them out during the fight,” said Kattar. “But following the fight, it was a big finish and it was all surreal. Everything is supposed to come down to that moment, that five months, a lot of eating healthy, a lot of staying on point, ready for anything. It's tough to always stay ready, but you gotta continue to do your part to be professional and stay ready.”

Following the win, which landed Kattar at the number six spot in the 145-pound rankings, it was a familiar ritual, albeit one thrown off a bit to the pandemic.

“You know what the post-fight meal is - it's always cutlets,” laughed Kattar. “I'm a big cutlet guy. The one day I had off (before the Stephens fight), which was Easter Sunday, I woke up to cutlets and it was a beautiful thing. I can't say how many I had. And after that it was back to work and then post-fight, right back at it again. It wasn't the same, it was all to-go, so hopefully this time now that the restaurants are half open, I'm gonna sit down and hopefully get an in-house cutlet.”

Send the word out to the chefs on Yas Island that Calvin Kattar and his New England Cartel team will be searching out chicken parm on Wednesday night after the 32-year-old handles his business with Dan Ige in the UFC Fight Night main event. And until then, it is all business for Kattar, whose ability to handle all the craziness of the first half of 2020 wasn’t as easy as it looked. But for someone who came up the hard way to make it to the UFC and who has never taken any shortcuts along the way, it was a lot easier to deal with any obstacles in his way these days.

“I never wanted to rush getting to the UFC,” he said, and the mantras repeated by the Methuen native were simple and to the point.

MORE FROM FIGHT ISLAND: Fight by Fight Preview | Fighters On The Rise | Ige Outworks The Competition | Benoit Feels At Home

“If I keep winning, they can't deny me.”

It took over nine years as a pro to get his call to the big show in 2017. By then, he had paid his dues en route to a 16-2 record. His record since? 5-2, with wins over Stephens, Ricardo Lamas, Chris Fishgold, Shane Burgos and Andre Fili, and the only losses coming against Renato Moicano and Zabit Magomedsharipov. One hard road to another, but the first one made the second one manageable.

“I took the hard road because I wanted to be battle-tested for when I got in here and I didn't want to come here and not be ready,” Kattar said. “That was one of my biggest fears. Why go somewhere when you're not ready and then have them expose you against the toughest guys in the world? So I just kept my mouth shut, I stayed busy, worked hard and I always thought these days would come.”

Now they’re here. And though Kattar is not one to look too far ahead, he is well aware what kind of showcase he has on Wednesday night. He’s the main event on a show that is the only game in town when it comes to major sports, he’s fighting someone who will show up to scrap with him, and the odds are good that with a winning performance in an exciting fight, people will be talking about him on Thursday morning and beyond.

Yet that’s not something Kattar hopes for; at this point, it’s something he expects.

“That's why I'm so grateful to have these opportunities I worked so hard for,” he said. “I appreciate the opportunity that much more because it took me longer to get it. I think these guys rush in and sometimes they don't appreciate the moment they got in front of them because they didn't work so hard to get it. When you put in that work and then you get there, you should start demanding those type of results. And that's where I'm at right now, demanding it out of myself. I think it all happened at the right time.”