Chris Curtis Took The Long Road To His Biggest Moment

MMA Veteran Chris Curtis Stole The Spotlight At UFC 268 With A Stunning Debut A Long Time In The Making
By Thomas Gerbasi, on Twitter @tgerbasi • Nov. 23, 2021

It wasn’t too long ago that Chris Curtis needed a talking to.

Thirty-four fights into a pro MMA career that began in 2009, the Cincinnati native had sacrificed everything to chase his dream of becoming a UFC fighter, but he never got the call. And at the age of 34, he knew time was running out.

“I was like, 'I don't know what I'm doing. I'm 34, I burned through all the money I had to do this multiple times over, and it's still just not working.'”

The recipient of that admission was his coach at Xtreme Couture, Eric Nicksick, who had a simple response.

A little bit more time was all that was needed.

In early October, Curtis got a short notice call to face hot prospect Phil Hawes on a UFC Fight Night card on October 9. Hawes wasn’t interested in taking on a new opponent on a day’s notice, but was agreeable to fighting Curtis on the UFC 268 card in Madison Square Garden on November 6.

So they fought, and early on, Hawes lived up to the hype, but Curtis wasn’t rattled.

All UFC 268: Usman vs Covington 2 Results

“It didn't bother me,” Curtis said. “He started out strong. He's fast, I knew he was gonna be strong and be the better athlete. So I wasn’t bothered. Something I'm always proud of and people have always said about me is that I'm very composed when I fight. For me, this is my 35th fight. You don't think I've been in fights where I had to grit down and bear with it? It's something I've done before and I'm not afraid to be in bad spots in a fight. I'm not afraid to not be in control. I can't control everything in the fight. I can control me, I can control how I respond to it. He's coming on strong, that's fine. I fought a lot of bigger, stronger guys who came on strong. But at the end of the day, they fade, and I'll bet my defense and my toughness versus anybody else's cardio.”

At 4:27 of the first round, the fight was over. Winner, by knockout…Chris Curtis.

“As far as debuts go, I honestly couldn't have pictured it going any better,” he said. “You picture the win, you plan for the win, but to get a first-round finish after having to grit through some stuff, what more could I have asked for? Madison Square Garden, there's thousands of people cheering, you shocked the entire world, what more could I have wanted?”

Not a damn thing. After more than 12 years as a pro, Curtis was a UFC fighter. The first post-fight phone call went to his mom, the second to his 14-year-old son Kristopher.

Curtis laughs, knowing that at 14, it’s not cool to be overly excited about anything.

Mom, a PhD in nursing, just wanted to make sure her son and his opponent were all right before letting Curtis know that she was proud of him. And no, she wasn’t watching that night. Or any of the 34 previous nights.

“My mother does not watch fighting,” he laughs. “She says, ‘If I see you get hit, I'm gonna want to fight him and it's gonna get weird.’ So she knows herself. She's usually not part of the group watching the fight. She'll get crib notes from my brother and sister. But she's real happy for me - she knows how much this meant for me.”

It may be safe to assume that only a fraction of the more than 20,000 fans in attendance at MSG didn’t know how much this meant to Curtis. Hawes didn’t know, saying of his opponent in a pre-fight media scrum, “I know he’s one of the guys here for the fight kit. I’m here to be a world champion. I’m gonna send him on his way, he’s going to have his fight kit, he’s gonna be happy, but I’m coming to get the knockout.”

When 21-year-old Chris Curtis made his pro debut in June 2009, there were no fight kits in the UFC, but he didn’t care. He just wanted those three letters on his four-ounce gloves. 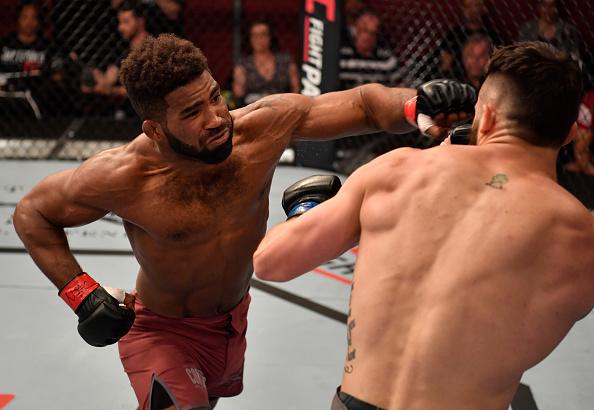 Curtis lost that debut via split decision to Brandon Pinkston. It wouldn’t be his last setback, but there were far more triumphs than defeats as he worked his way through the regional circuit. By June 2018, he was 18-5 and he received an invite to compete on the second season of Dana White’s Contender Series.

He won, knocking out Sean Lally in the third round. He didn’t get a UFC contract and he retired from the sport. By January 2019, he was back, but after two wins, he lost three straight and walked away again, prompting a heart-to-heart talk with Kristopher.

“What are we gonna do?” asked Kristopher.

“I'll do something else,” Curtis responded.

Curtis laughs about it now, but at the time, it was no laughing matter. A lot of blood, sweat and tears had gone into his fighting career, not to mention the sacrifices he made to chase that dream.

“Honestly, I stopped watching the UFC fights for a long time,” he said. “I refused to watch it because it killed me. You see guys come in with four fights, you see guys on the Contender Series win on decisions and get signed, guys miss weight and get signed. I knocked a guy out with a hook kick, didn't get signed. So you see these guys fighting, and it kills you. It absolutely kills you.”

But what was Curtis going to do? He was a fighter. Fighters fight.

“This is what I've done for all these years,” he said. “I haven't worked a regular job; all I've done is train. Train, train, train, be a professional, day in and day out, seven days a week.”

Curtis returned in January 2020 with a fourth-round stoppage of Darren Smith Jr. The goal, as always, was unchanged. 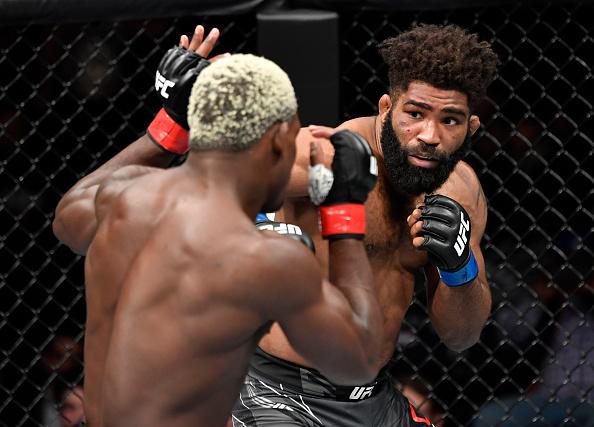 “Getting into the UFC's one thing,” he said. “I'm okay if I get into the UFC, I bust my ass and I fail. That's totally fine. I don't want to fail, but failure's a part of life and it happens to everybody. At some point, we all fall. I'm not afraid to fail. My biggest fear was that I'd never get to find out exactly how good I was and never having the chance. So now, when it's all said and done, you never get to say, well, I tried my hardest and I got as far as I could go, because you never know. So nothing would be worse to me than never knowing that. The biggest thing was my son knows that, too. He knows what this means to me and he sacrifices more than anybody for me to do this. My time away from him, I moved cross country, I miss events, birthdays and stuff like that.”

It took four more wins, including victories over UFC vets Kyle Stewart and Kenny Robertson, for Curtis to get that call he’s been waiting his whole career for, and he made the most of his shot. Anyone hearing his story of perseverance can’t help but be inspired, and he knows that’s the first reaction. But…

“I'm getting messages like, 'This is inspiring and motivational,'” he said. “But I was like, 'No, this is a cautionary tale about putting all your eggs in one basket.' (Laughs) Go to school, develop a trade, do something, have a backup plan, because man, I shot myself in the foot on that one. But I get that people are motivated and I'm glad.”

Most importantly, Kristopher has a lesson he will take with him for the rest of his life. Not one he learned in class or from a book, but that he watched his father teach him.

“I want my son to realize that anything worth doing is going to be hard,” said Curtis. “The things you want are gonna cost you and you're gonna have to sacrifice for it. But I also want him to realize that you have to have a viable Plan B.”

Maybe Chris Curtis didn’t have a Plan B. But Plan A is working out just fine at the moment, even if it took a little time.

“I am a guy who just loves to fight,” he said. “I'm not scared in that cage, I'm not nervous, I've always loved fighting and I love doing this.”