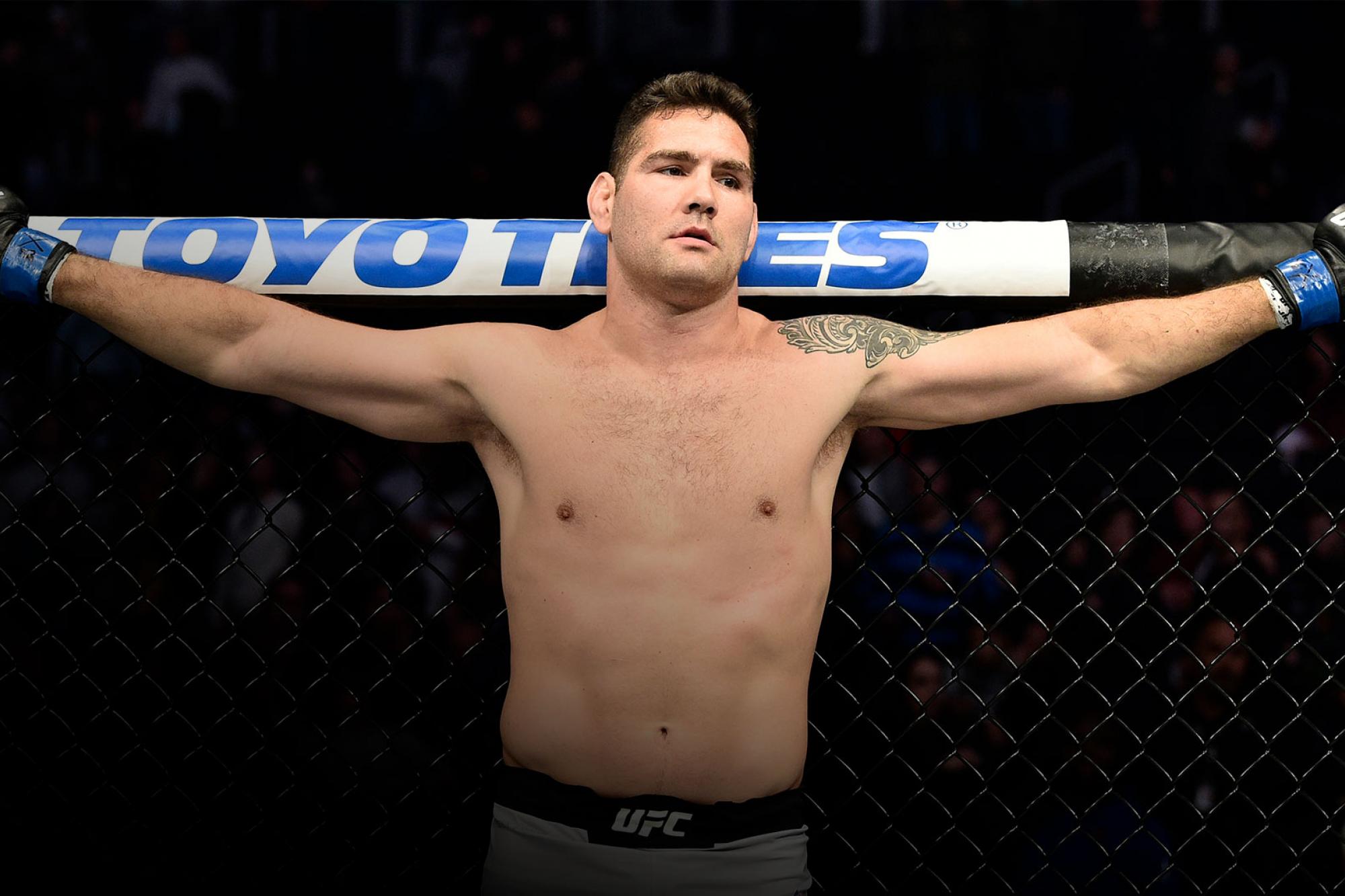 Chris Weidman had to change up his usual routine for his fight against Omari Akhmedov at UFC Vegas 6
By Thomas Gerbasi, on Twitter: @TGerbasi • Aug. 6, 2020

They didn’t make Chris Weidman drive the karate camp bus in Simpsonville, South Carolina while he stayed down south to prepare for his Saturday bout with Omari Akhmedov, but other than that, the former UFC middleweight champion was treated like one of the gang by Stephen Thompson, his dad and the rest of the Upstate Karate crew.

“They treat me nice down here, everything is in full function, I'm able to train at the gyms and there's lots of different training partners, so it's been great,” said Weidman late last month.

The move for this training camp became necessary due to the closing of the LAW MMA gym (and all gyms in New York) due to the COVID-19 pandemic. Thankfully, he had a family member in welterweight contender Thompson (whose brother is married to Weidman’s sister) who had an open facility and plenty of big bodies for the Long Islander to work with.

“The gym is still closed down, so it's just tough,” said Weidman of the situation in Long Island. “I had a bunch of guys like Aljamain (Sterling), Al Iaquinta, Merab (Dvalishvili) and a bunch of up and comers, and I was training with them in New York, but as far as sparring and harder stuff, I just needed some bigger bodies and there's really nobody around. (Gian) Villante had just gotten done fighting, so I needed to come out here. They're treated me great here and are putting me through some great training.”

He's also gotten used to the culture shock that comes from being a New Yorker treated to some good ol’ fashioned Southern hospitality.

“It is kind of weird,” he laughs. “People never beep the horn. When you're walking, and even when you're driving, it catches me off-guard. If I'm driving through and someone's walking, they wave to me every time, and I've got to be ready to wave back. Now I'm trying to beat them to it and wave first.”

Weidman brushed up on his golf game in between training sessions while Thompson drives the summer camp bus, but when everybody’s back in the room, the 36-year-old is getting some new looks that are keeping him sharp before this pivotal bout.

“Absolutely,” he said. “I'm obviously not as comfortable going to the gym and working out with these guys as I am when I'm at home because I don't know them as well. So you have that little bit of discomfort and I feel like anytime you make yourself uncomfortable, that's where you grow. So I think it's been a really good experience for me and I think I've definitely grown since I've been here.”

Those are all good signs for a fighter who, simply put, needs to put an end to a skid that has seen him go 1-5 in his last six bouts. And he’s not shying away from the reality of the situation as he fights for the first time since a first-round stoppage loss to Dominick Reyes in his light heavyweight debut last October. This fight with Akhmedov is back in the weight class Weidman reigned over for nearly two and a half years. Why the quick return to 185 pounds?

“I lost my 205-pound debut quick,” he says matter-of-factly. “I lost the Jacare (Souza) fight just before that. I need to get back to winning. If I was able to take more out of that 205-pound loss, I would have stuck to it, but I can still make '85 and I just feel I could be right there and be a world champion at 185. 205, I believe I could, but my first fight didn't go too well, and I figured I'd go back to where I definitely know I'm capable of doing that.”

To some, it seems like a fast hook on a run at 205 that could have gone somewhere, but to Weidman, going through the process of dropping that extra 20 pounds to make the middleweight limit gives him an edge he didn’t feel he had leading up to the Reyes bout. And to be successful, he feels he has to push hard throughout camp and fight week.

“It was nice not to cut weight at all, but I also didn't feel like I was in the best shape because I wasn't dieting,” Weidman explains. “I just didn't feel like I was sacrificing enough. It was just weird going into fight week (for Reyes). It didn't feel like I did everything I possibly could. When I fight at middleweight, just because of dieting and getting my weight down, there's so much focus involved with doing that, that it just makes me feel like I've done so much more.”

So he has to suffer some? 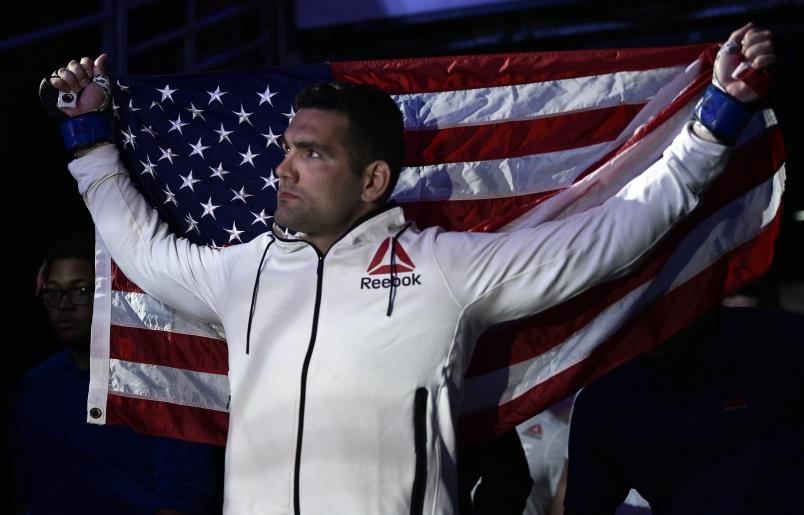 “I want to suffer,” he laughs. “I don't know how many more years I have left on this, so I want to just make sure I'm working as hard as I possibly can. I don't want to go into a fight a little chubby. I want to be as ripped as I possibly can and be in great shape, and diet and make all those sacrifices because I don't have much longer. When I'm done, then I can chill out. But it's not the time to chill out yet.”

That’s obvious by looking at his losses over the last four years, many of which can be chalked up to being winnable fights that just went south at the wrong time. Luke Rockhold? A fight he was winning before an ill-advised spinning kick gave Rockhold the opening he needed to come back and take the title. Yoel Romero and “Jacare” Souza? Fights he was winning before getting caught and stopped late. Gegard Mousasi? A highly controversial finish in Mousasi’s favor.

“Sometimes I wish I could explain it, but I don't even bother,” he said. “It's too much. I just have to be like, 'Trust me, I'm good.' (Laughs) I know deep down inside who I am and I know where I'm at with all those guys that I lost to. And that's the beauty of our sport; you never know what's gonna happen in there and, on any given night, any guy can win, to be honest. You've just got to bring those percentages up on your side. There's a lot of randomness that happens in our sport and in all sports. It just so happened that with those fights, it wasn't my night. But that doesn't take away from my potential or my confidence. And that's the biggest thing, to remind myself of all that and remain confident because it's not like I've been dismantled and picked apart and crushed by guys. It's keeping my confidence up, working hard, and this is probably the longest I've been in the gym consistently without injury in between fights and I feel like that's gonna pay off.”

That’s typical Weidman. The record may not be what it used to be, but he hasn’t changed in the nine-plus years since he made his UFC debut on short notice against Alessio Sakara in 2011. He’s still a pro and still all-class. That’s rare in any walk of life, let alone professional sports. But he won’t let the ups and downs of a fight career change who he is.

On Saturday night, Weidman steps up to the plate again. Like always, he’s looking to hit it out of the park.

“I'm self-motivated,” he said. “I don't need a name in front of me right now. I need to go out there and get a W. That's all I care about. I just want to get my hand raised at the end of this fight.”