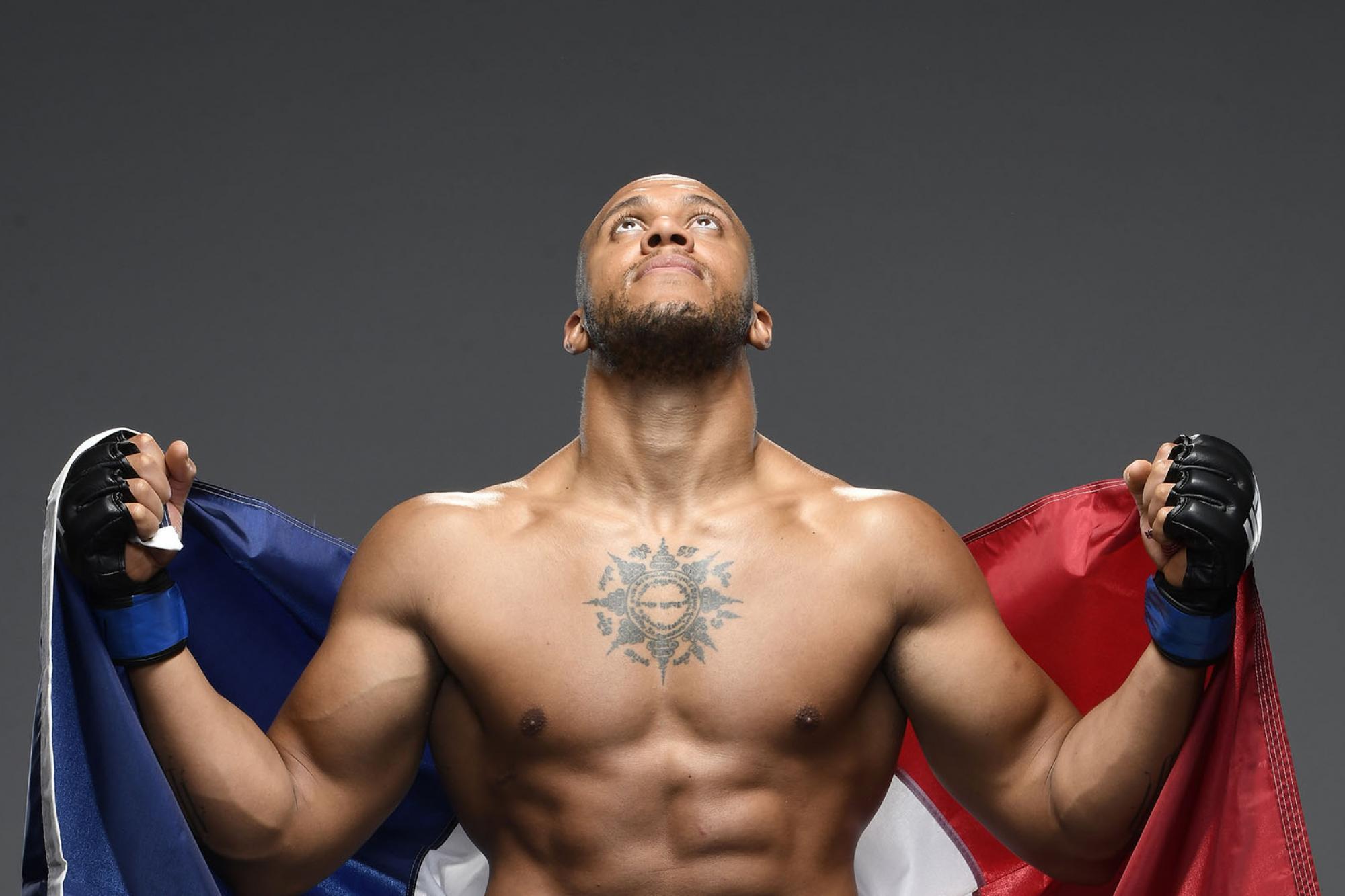 For Ciryl Gane, The Best Is Still To Come

Ciryl Gane picks his words like he picks his punches and kicks, preferring a high-percentage approach where he’s judicious, but precise with what he says and what he offers inside the Octagon.

Thus far, his in-cage approach has worked perfectly, as the surging French heavyweight arrives in Las Vegas for his first main event assignment opposite Jairzinho Rosenstruik this weekend with a pristine 7-0 record that includes four victories and three finishes since arriving in the UFC in the summer of 2019.

Last time out, Gane showed that he can hang with the big boys in the heavyweight division by handing former champion Junior Dos Santos his fourth consecutive loss, stinging him with a sharp jab midway through the middle stanza of their three-round clash at UFC 256 before sealing the victory seconds later with a collection of unanswered strikes along the fence.

“I just want to prove myself inside the cage and after you prove yourself, then you can talk,” he told me ahead of his fight with Dos Santos in December.

A little more than two months later and with a win over “Cigano” now positioned at the top of his resume, Gane is ready to return, but he’s still not ready to sing his own praises.

“I’m really happy because we did well,” began the soft-spoken rising star, who has been a person of interest on the heavyweight landscape since transitioning to mixed martial arts following a brief, but successful dalliance with kickboxing. “We finished the fight and he’s a former champion, so I’m really, really happy to deliver this performance.

“I think I’m a young fighter that has just arrived, but a good fighter, with a good future in the division,” continued Gane, choosing his words carefully and downplaying his own skills, abilities, and upside, much to the dismay of his coach, Fernand Lopez.

“I’m so f****** tired with him being that humble,” injects Lopez, on the call to serve as a translator for those moments when Gane, whose first language is French, cannot find the words in English to express his thoughts clearly.

Though Lopez immediately followed his interruption with a deep laugh, he’s not entirely joking when he jabs at his charge about the level of humility he shows whenever he’s asked to speak about his current place in the UFC heavyweight division and the heights he may one day reach. 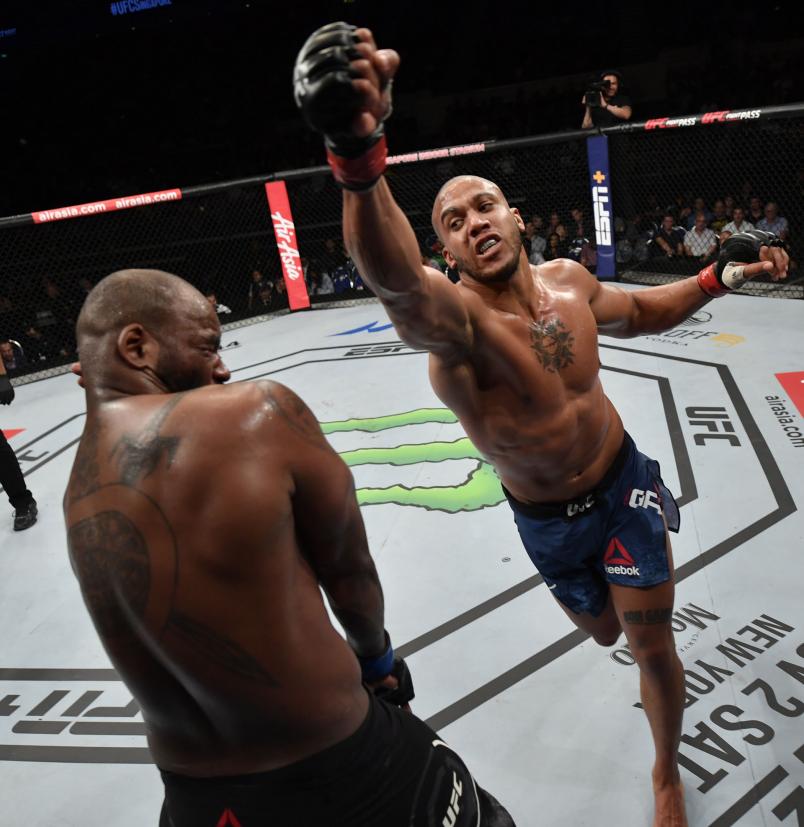 “To be honest with you, I’m tired with him,” continued Lopez, the proprietor and head coach at Paris’ MMA Factory, which became a gym of note for UFC audiences a handful of years ago when another prodigious talent, Francis Ngannou, began tearing through the UFC heavyweight ranks.

“Ciryl is not a rookie anymore — he’s a contender for the title! He’s a f****** contender! People need to know that. He’s humble, but I’ve never seen someone improving and growing that much, that fast, that well. I’m sorry to interrupt him, but it’s frustrating for me because people don’t realize how good he is. I’ve been training a lot of guys and (where he’s at) is beyond imagination.”

Seated beside his coach, Gane laughs, softly agreeing with his coach in a tone that is equal parts genuine agreement and “I’m happy to let him rant and rave because it’s so entertaining.”

It’s a reflection of the close, multi-layered relationship the two men share.

At times, Lopez is the annoyed older brother or father figure, desperate to see the 30-year-old Gane speak up for himself and tell the world the heights they both believe he’s capable of reaching inside the Octagon.

In other instances, he’s happy to play Gane’s hype man, knowing the laid-back rising star has no real interest in hastening his already accelerated ascent through the heavyweight ranks by grabbing the microphone and taking aim at his fellow contenders.

“He’s afraid to be pretentious, but it is what it is,” Lopez said. “I want him to accept the destiny. When destiny pushes you to be a champion, you need to embrace the destiny.”

“Yes, I agree with my coach, but my style is ‘Bon Gamin’ — good kid — and stay humble,” countered Gane, “but I’m really confident and I think I can do something good in this division.

“I don’t talk about, ‘Yes, I want this guy and this guy’ and I want to go up really fast because it’s already very fast,” continued the streaking heavyweight contender, who earned three wins in five months during his rookie year in the UFC before spending nearly a year on the sidelines recovering from a surgical procedure to repair a pneumothorax and a number of fight cancellations prior to his December appearance opposite Dos Santos.

Order UFC 259: Adesanya vs Blachowicz For Any Device 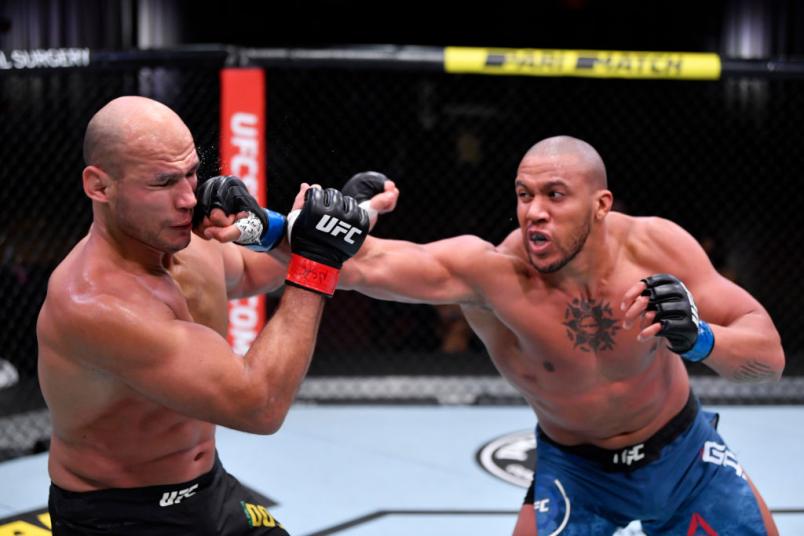 “There is no way that he will not be champ,” said Lopez. “It will take time, but at some point, we’re going to end up in that place.

“He’s right to take the time, and he’s the one with less stress, less worries. He’s always telling me, ‘Coach, I don’t care. They will find out who I am, they will know who I am, so let’s just take our time and get there.’ He’s always reasonable.

“But for people like us, seeing him in the gym, you can’t even understand how frustrated (we are) because if you ask, ‘Who is the guy?’ This is the king. This is the real king of the division, and we’re frustrated that he won’t say that.”

As he does whenever his head coach sings his praises, the humble heavyweight upstart simply chuckles and says, “Yes, Coach,” content to allow Lopez his moment to vent.

In a sport increasingly focused on the loudest voices, Gane remains a strict adherent to the “Actions speak louder than words” philosophy, and thus far, his actions have spoken volumes and the best is still to come.