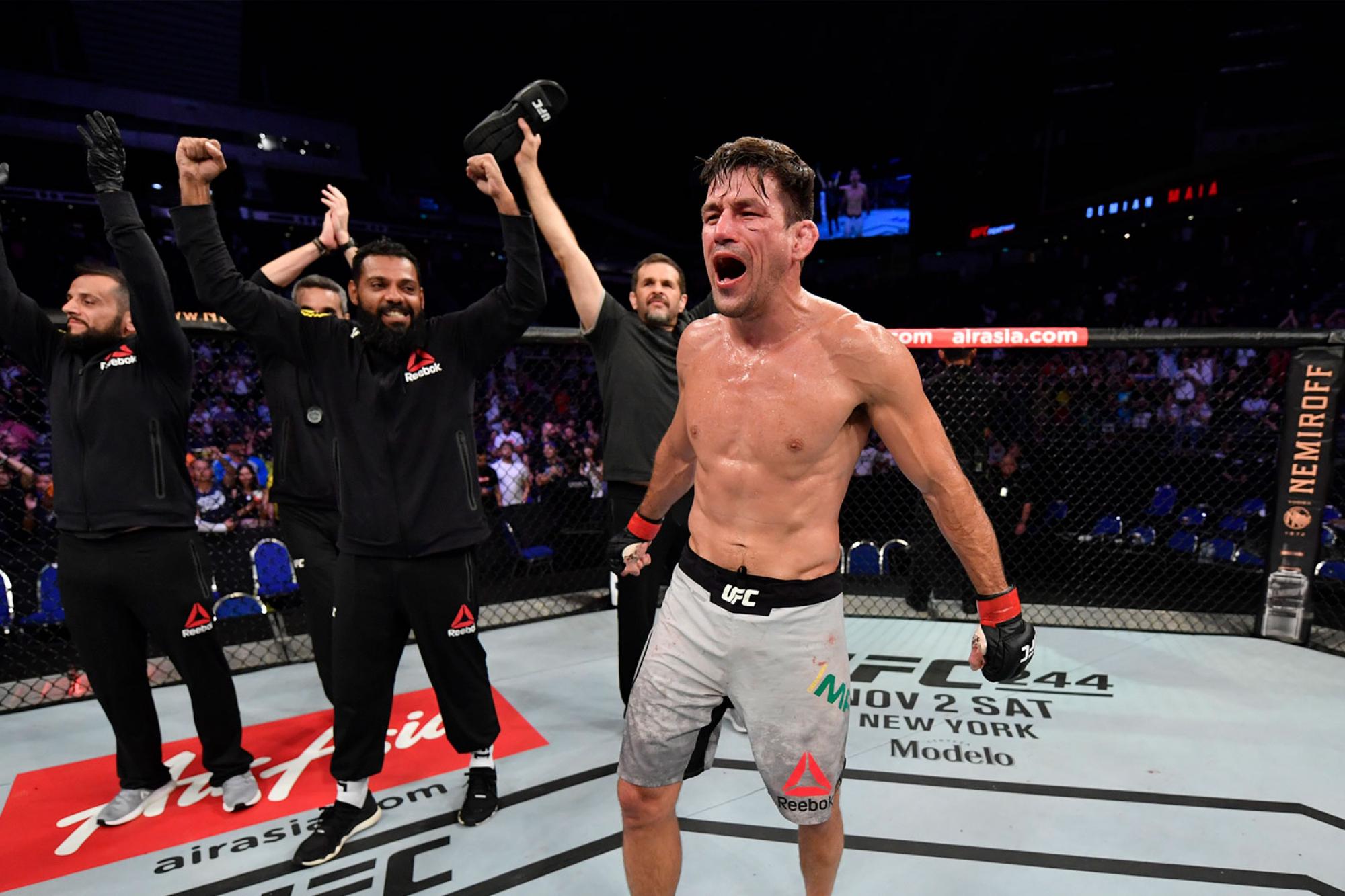 Demian Maia Is Focused On Belal Muhammad, Not The Future

UFC Welterweight Demian Sees His UFC 263 Bout With Belal Muhammad As A Chance To Compete, Not To Retire.
By THOMAS GERBASI, ON TWITTER: @TGERBASI • Jun. 11, 2021

It’s the question everyone wants to know the answer to, so we’ll get it out of the way at the start:

Demian Maia, is your UFC 263 bout against Belal Muhammad going to be your last fight?

“I really don’t know, and I’m really not thinking about that ahead of the fight, as it really doesn’t change the reality of the match, and it won’t do me any help to put that extra pressure on myself,” said Maia. “But it’s the last fight of my contract, and we will see. It’ll depend a lot on how I feel in there, and how well I am able to perform, and if I feel it’s not really that fun or I don’t fight to my best abilities anymore, there’s no sense in continuing. But if everything goes well and I feel good, we will see.”

And there you go. Always classy, always truthful, Maia, even at 43, is someone you want to have around the sport simply because it’s good to have him here. And while he still sits behind Marion Reneau and Aleksei Oleinik on the list of oldest fighters on the current UFC roster, once someone passes 40, each fight could conceivably be the last one. Then again, Maia still sits in the welterweight top ten, he’s won three of his last four and if he beats a fellow contender in the No.12-ranked Muhammad, well…yeah, he knows where the troublemaker is going with this.

“I think realistically the chances of fighting for the belt again are very small, because of my age, and how long it would take for that to happen, so it doesn’t make sense to think about that, even though I know I still can compete against the best,” he said. “So I’ll focus on the next fight, and like I said, see what happens after it.” 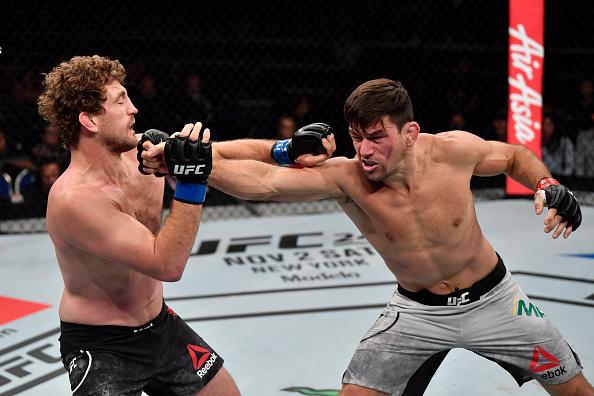 Demian Maia of Brazil punches Ben Askren in their welterweight bout during the UFC Fight Night event at Singapore Indoor Stadium on October 26, 2019 in Singapore. (Photo by Jeff Bottari/Zuffa LLC)

Fair enough, and we’ll leave those questions for Sunday morning and beyond. So what about the last year and change since his March 2020 loss to Gilbert Burns. How has the COVID-19 pandemic affected the pride of Sao Paulo?

“Well, I think to some extent it did affect everybody, but it’s one of those things that no one could plan for, and we have to adapt,” he said. “We suffered with training for a while, but we found ways to remain in shape and busy, and eventually training started to get strong again.”

In between, Maia dusted off his journalism degree by presenting a history of Brazilian Jiu-Jitsu on Instagram while also doing a podcast that has seen him on the other side of the interview for a change. It’s something that we’ll be seeing more of from him in the coming years.

“Absolutely,” Maia said. “As I know my career as a professional MMA fighter is eventually coming to an end, I’m enjoying exploring more and more ventures that involve journalism, like my podcast for example. I had the chance to interview a lot of people that I admire and respect, and this is very exciting.”

The history of BJJ is the true labor of love for Maia, as he gives back to the art that put him on the map so many years ago.

“I think as a representative of BJJ, it’s my duty to understand more about its history, as well as educate, to the best of my abilities, others about it, too,” he said. “You can’t really grow and become a real standout of any discipline in life if you don’t respect what came before and its origins. It’s all part of a process and we are no different, nor are we more special, just because we are doing it now. When you look at history, it puts things in perspective and puts some much-needed humility in all of us.” 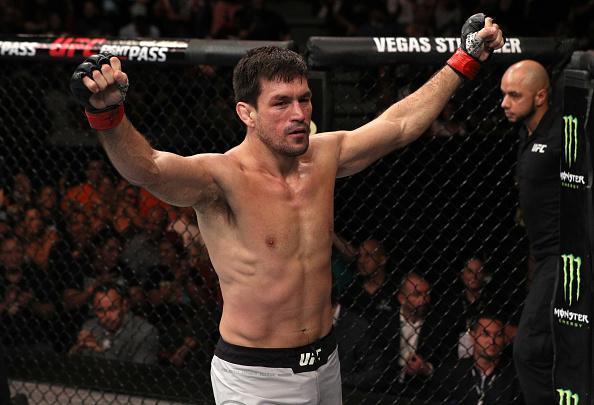 Demian Maia of Brazil celebrates after his submission victory over Lyman Good in their welterweight fight during the UFC Fight Night event at CFO Centro de Formacao Olimpica on February 2, 2019 in Fortaleza, Brazil. (Photo by Buda Mendes/Zuffa LLC)

See, this is why Demian Maia has been so important to MMA over the course of a pro career that began in 2001. Two decades on, the Brazilian grappling master is still relevant and still capable of teaching the young kids a trick or two, and he’s done it all in two divisions by staying true to himself and his sport. If this is the end, that’s a heck of a legacy to leave. Is it the one Maia would be happy with?

“That’s a hard question to answer,” he said. “I don’t want to have to stop to think about this as my last fight, as I know I’m fighting a very hard opponent and all my focus needs to be on him, and nothing else. That’s what matters now. But I believe my mission is to be a representative of Brazilian Jiu-Jitsu. That’s what I realized, what I did and do, and will continue to do so, whether I’m fighting MMA or not, and that certainly makes me proud.”