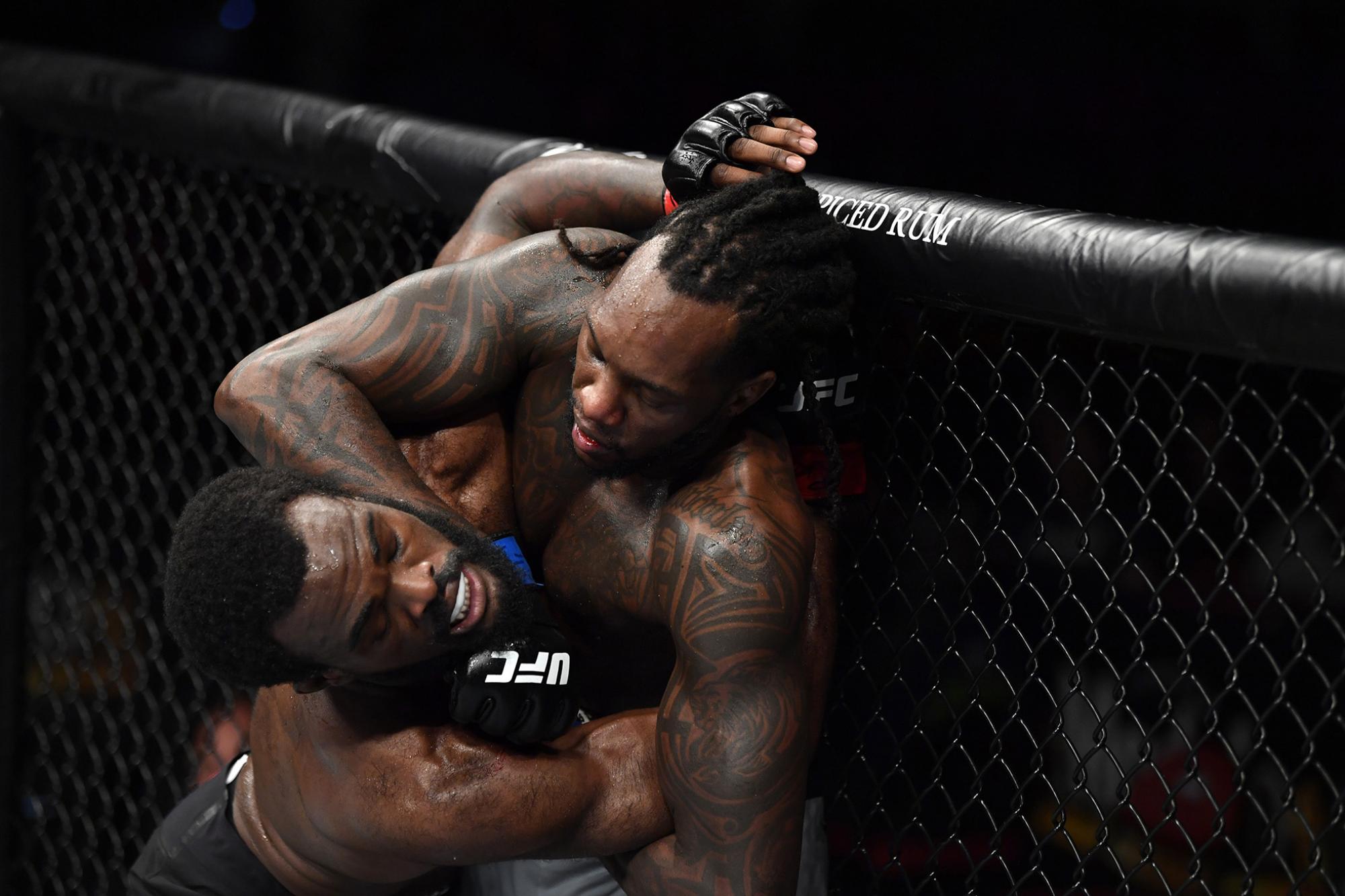 Focus Is The Priority For Dequan Townsend

Dequan Townsend is keeping his focus on the Octagon this Saturday
By Thomas Gerbasi, on Twitter: @TGerbasi • Sep. 30, 2020

If losing his four-year-old son Malakye to cancer five years ago wasn’t enough to teach Dequan Townsend how valuable life is and to make the most of every moment, the UFC middleweight got another brutally painful reminder in August, when his two brothers, Marcus Jackson-Burton and Steven Lee Jackson, were shot and killed in a random act of violence at a Lansing, Michigan strip mall.

Marcus was 32, Steven 31. Townsend, 34 was understandably devastated, but with a fight against Dusko Todorovic coming up this Saturday in Abu Dhabi, he hasn’t had the time to let it all sink in.

“Truthfully, I really haven't even grieved or dealt with it,” said Townsend. “I just kept thinking about the fight and am focusing on that. I'm gonna have to take some time off after this.”

It will be a break well-deserved for the Lansing veteran, who enters his third fight of 2020 on a three-fight losing streak. Yet despite the pain around him, he never thought of removing himself from the bout.

“It's what my brothers would have wanted, and I know that my back's against the wall, so I gotta do what I gotta do,” he said. “I've got people that depend on me and I've just gotta make it happen.” 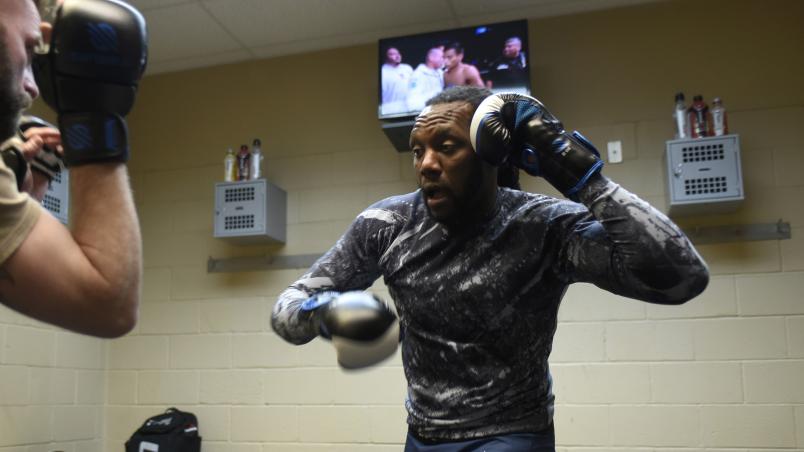 With 32 pro fights under his belt and 21victories, Townsend knows how to make it happen. But it just hasn’t happened in the UFC, where two of his three losses came at light heavyweight and all three saw him take bouts with less than a full training camp. That’s not the case this time, as he faces Todorovic at 185 pounds with plenty of time to prepare properly. He believes those two factors will be the difference on fight night.

“I lost three fights (in a row) and that was weird,” he said. “I never did that in my whole entire career. But the thing that it comes to was there were little things that some people didn't realize when it came to this situation. All three of those fights, I stepped in on short notice and two out of the three were outside of my weight class. So those things make a very big difference. This fight is the first time I had a fight that I pretty much had a full camp and I knew who I was fighting. I had time to prepare for him and time to study. And I'm fighting in my weight class.”

How much do things like that matter? More than anyone who doesn’t wear four-ounce gloves for a living can imagine.

“This is a game of chess, not checkers,” said Townsend, who won six of seven before he got the call to the UFC in the summer of 2019. “The guy that I'm fighting, obviously he's a newcomer, but he's 9-0, and he's 9-0 for a reason. He's good at what he does and you have to prepare yourself for that. It's not just going in there and getting into a regular fight. And as a veteran, you have to look for those key moments. You gotta know when to turn it up and know when he's trying to lure you in and when he's trying to get you to fight his fight. I've never been more focused than I am for this fight.”

It's perfect timing at the worst time. But after a few weeks in Colorado to finish his camp after he buried his brothers, Townsend believes he got the right work in to get him ready for this weekend’s pivotal bout. 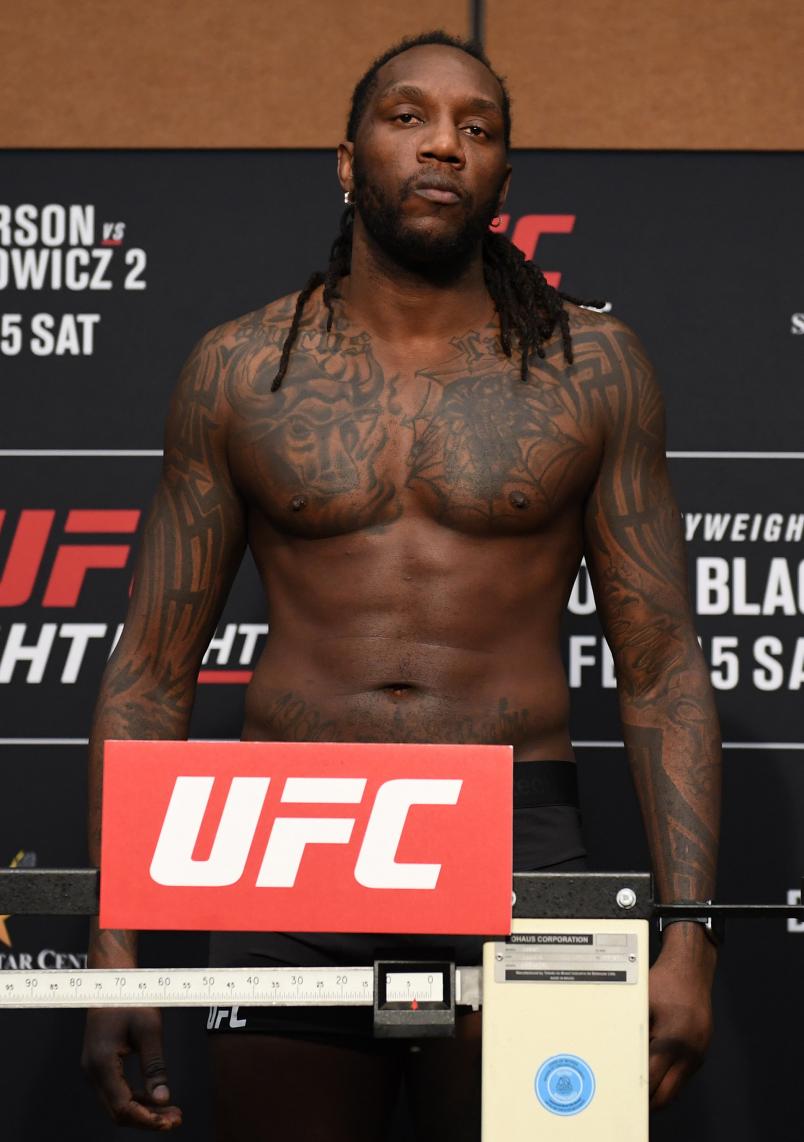 Dequan Townsend poses on the scale during the official UFC weigh-in at the Albuquerque Marriott Pyramid North on February 14, 2020 in Albuquerque, New Mexico. (Photo by Josh Hedges/Zuffa LLC)

“I just had to get away from Michigan,” he said. “There was a lot of pain there, and I needed to leave and train and focus, because I know I couldn't do it there.”

He’s far from Michigan now, with only making weight and a fight on his mind. But family, friends and a strong fan base are back home, hoping he gets what he traveled to Fight Island for. And if he gets it?

“It's a confidence builder for me,” said Townsend. “It's letting me know that I belong here. It's verification and validation that I belong here. It's hard enough to get here, but to stay here, I need to show that I'm here to stay. I feel like the times that I've fought that I sold my own self short and that the UFC probably second-guessed me as to why they gave me this opportunity. So I need to show them the reason why I am who I am.”

“I want everybody to know that life's too short,” he said. “Cherish the people you love while you have them. You never know the last time you'll have the opportunity to tell them that you love them. This wasn't no gang-related anything. Both of my brothers didn't even live here. I'm from Michigan, we grew up in Michigan, but both my brothers had moved to Atlanta and had been there for eight years. And my other brother lived in Texas for the last year and a half. My brother from Atlanta came to help my sister move because I was in fight camp. My second brother, he just came to drop off his kids. It was the wrong place at the wrong time. Dude came in clear out of the blue, no argument, no confrontation, no nothing. Just walked into a restaurant and shot them. He took two innocent lives and took a great father. So value the time you have with your loved ones.”