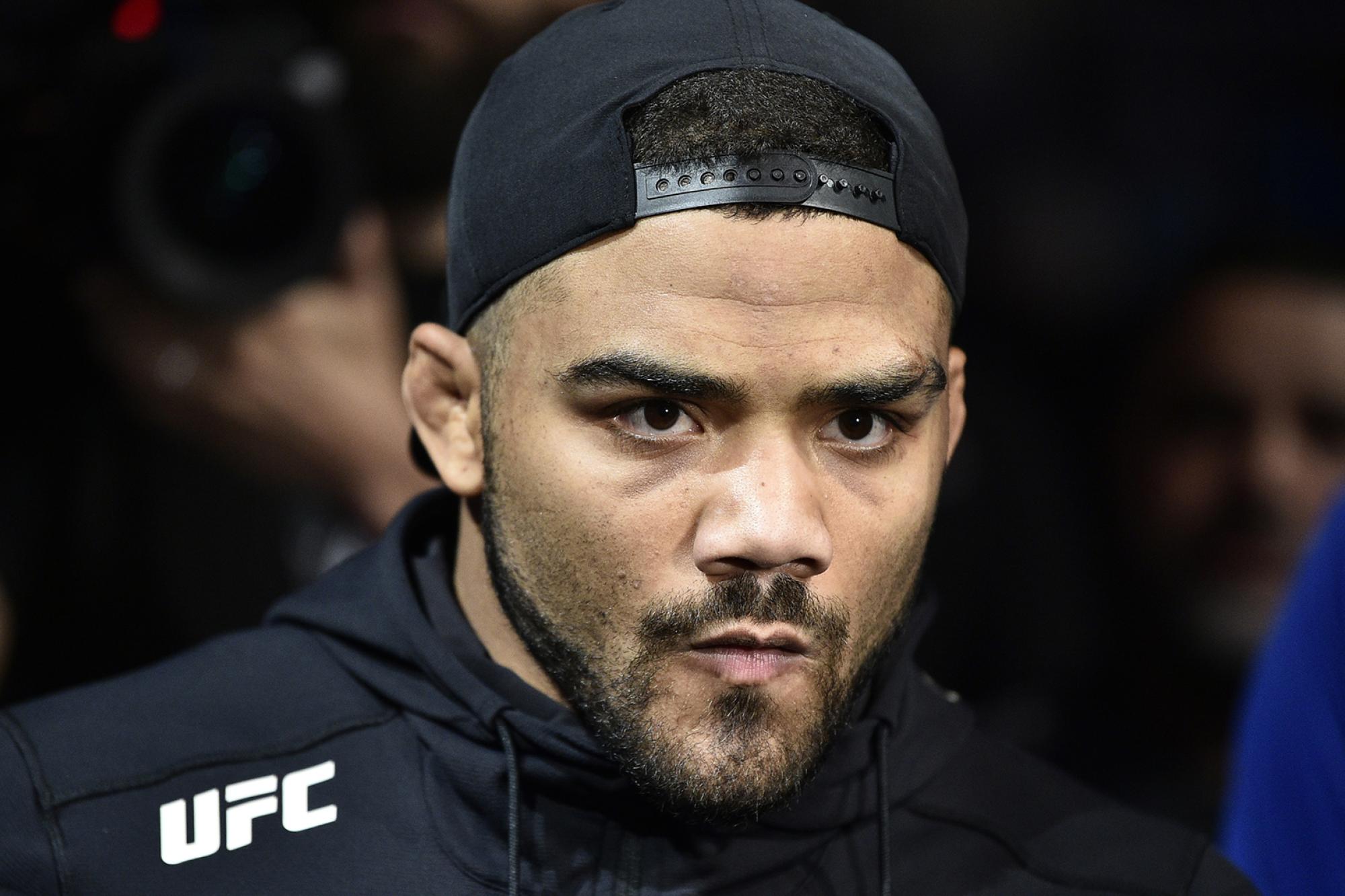 Deron Winn Creating His Own Legacy

Deron Winn wants to make a name for himself as one of the rising stars in the UFC middleweight division. He knows a statement win over veteran Gerald Meerschaert at UFC 248 would be a big step toward that.
By Gavin Porter, On Twitter @PorterUFCNews • Mar. 4, 2020

The middleweight prospect enjoys jawing with opponents, both in person and over social media. As a matter of fact, online jabs are exactly how he captured the attention of UFC veteran Gerald Meerschaert.

Before Winn’s successful UFC debut at UFC Greenville last June against Eric Spicely, his original opponent was forced to pull out of the matchup. That left Winn searching for someone to fight. One fighter that Winn claims turned down the fight was Meerschaert.

Winn would go on to earn Fight of the Night honors in his fight with Spicely, adding even more hype behind the American Kickboxing Academy product. The thrill of a victory in his debut led Winn to make the walk to the Octagon a second time to face Darren Stewart at UFC Boston in October.

The showdown with “The Dentist” was a closely contested battle, with Winn relying heavily on his wrestling to control the action. Yet after the first round, Winn found himself struggling, both physically and mentally. He would go on to lose the bout by split decision.

Winn believes that despite the loss, he proved something to himself and that the version of Deron Winn the world will see going forward will be a completely different fighter.

“Coming off a loss it was kind of shaky,” he said. “I didn’t really know how to handle it because it was my first loss in MMA, but as a wrestler and true grinder at heart, I took a lot of these values and training ideas that I’ve always had and then I ramped it up. I’ve always had heart, but I think it affirmed to me that I have maybe an even bigger heart than I ever thought that I had because I had a bunch of crazy and negative thoughts when I was out there. If you understood how tired and out of it I was compared to how I looked, you’d be blown away. It changed a lot in me and I’m more confident than ever now.”

And after that loss, Roufusport’s Meerschaert reached back out to rekindle the sparring on Twitter. It didn’t take long for Winn to accept Meerschaert’s challenge and, just like that, the Twitter fingers turned into a bad blood battle on this weekend’s UFC 248 card.

Trash talk is an arena that Winn thrives in, especially considering that he classifies himself as a “loudmouth” who backs up what he says. The Missouri native’s confidence comes from his skillset, combined with his training with top-tier fighters like former double champ Daniel Cormier and lightweight champion Khabib Nurmagomedov. He believes that the hours put on the mat and in the cage with the juggernauts at AKA make up for his limited professional MMA experience, he is confident that he is going to be a force at middleweight, and that despite having only two UFC fights under his belt, fight fans will be tuning in to UFC 248 to watch him – not Meerschaert.

“I’m not concerned with him trying to be relevant in this fight. I’m almost positive that people are tuning in to watch me fight, not Gerald Meerschaert, who is guy who has just kind of been around for a while,” Winn said. “I’m not going to concern myself with him jawing at me. Yeah, first he jawed at me to get the fight and that’s okay, but I’m not here for Gerald Meerschaert. I’m here to get the strap and that’s all that matters. I’m not going to make this a bigger deal than it is. I want to smash this dude and let’s get ready for the next one.”

This fight is also an opportunity for Winn to further his name from that of Cormier, who has taken Winn under his wing during his pro MMA career. Winn doesn’t want to be known as ‘DC’s boy’ or ‘DC’s protégé’, he wants people to know who he is and why he has the potential to be the next big thing.

“Obviously his legacy is legendary, so I have a lot of work to do to even be compared to that or to say that I’m this different entity,” Winn said. “Hopefully within the next year or so people are going to start saying ‘Oh that’s Deron Winn’, not DC’s boy.”

Showcasing another FOTN performance will no doubt help Winn get closer to that goal, and he believes the fight with Meerschaert is the perfect vehicle for him to do it.

“I’m 50/50 on Fight of the Night so no matter what I’m always going to create action. I’m never going to stand around and look at the dude,” Winn said. “I guarantee within the first ten seconds somebody will get punched in this fight. I promise, if he hasn’t punched me yet I’m going to punch him.”

Make sure you watch Winn and Meerschaert throw down on the UFC 248 prelims on ESPN at 8pm ET/5pm PT.