With A Large Stable Of Fighters, Coaches and Gyms, Elevation Fight Team Believes It Is On The 'Cutting Edge' Of MMA
By Zac Pacleb, on Twitter @ZacPacleb • Oct. 25, 2021

If it’s hard to pin down one defining thing about Elevation Fight Team, and that’s by design. The Colorado-based squad is a vast collection of coaching and fighting talent spread out across the greater Denver area who come together to form one of the strongest teams in the sport.

Depending on the day, you can catch the Elevation Fight Team members training at a variety of gyms, including Easton’s MMA, Vital Strength & Fitness, Pound 4 Pound Fitness and High Altitude MMA, each owned by different members of Elevation’s coaching staff.

“I think having the different gyms works well for a lot of reasons,” said Cody Donovan, a former UFC fighter who serves as Elevation Fight Team’s grappling coach. “None of us are relying on our fighters for a paycheck. We all have successful gyms, and that takes a lot of the pressure away. We’ve seen that go very negative in the past. All of us, all the coaches, we were training partners before. We all came up on different teams. We saw things go well. We saw things go bad. That’s part of the process here. We’re doing it the way we wished we could’ve always had it.”

Along with Donovan, the staff includes Christian Allen, Vinnie Lopez, Justin Houghton, Eliot Marshall and Peter Straub. Each has a hand in developing and training Elevation’s large roster, which includes the likes of Cory Sandhagen, Neil Magny, Justin Gaethje (who splits time with Elevation and independently with Trevor Wittman), and Curtis Blaydes.

Blaydes, who moved to Colorado more than five years ago, views the current roster as “Elevation 2.0."

“All the coaches came up together, and they all ended up getting gyms,” he said. “It just worked out. They’re still homies. They go to each other’s houses to watch the fights, so there isn’t any animosity, and it just makes it easier to grow because you can find different looks, and there’s different skill sets at different gyms. I think that’s one of the greatest things about Elevation.”

Part of that matriculation of generations in the gym is when the younger members take on more responsibility as leaders and examples for the team, which is the place Magny and Sandhagen are finding themselves in more frequently.

Magny joined the team after his time with Shane Carwin on The Ultimate Fighter a decade ago, and he laughs at how he has gone from the young guy on the mat to one of its veteran voices and captains.

“It kind of just falls into your lap, so to speak,” Magny said. “It’s kind of cool to see how that evolution happens. It’s cool to give back to some of these guys and help them reach where they’re trying to reach in their career.” 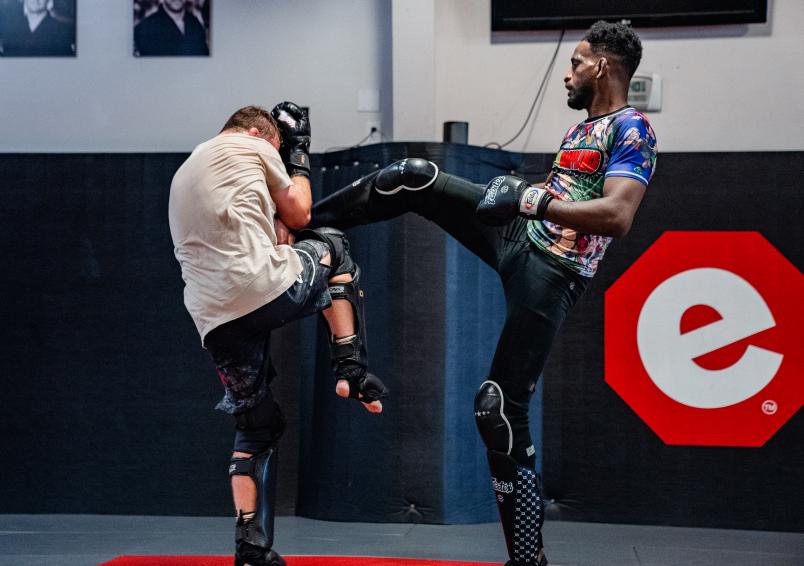 For Sandhagen, who is scheduled to challenge Petr Yan for the interim bantamweight belt at UFC 267, he has watched the ebbs and flows of the team since he walked into Allen’s and Donovan’s gyms as a 16-year-old.

It’s fair to assume that, because of the scattered nature of the gyms and large roster, the team would lose some of that camaraderie cultivated in the room, but that’s not the case. One of the clearer examples of that bond between teammates was shared on social media after Sandhagen’s stunning flying knee knockout of Frankie Edgar in February 2021.

“I’ve walked into some gyms and been like, ‘I really don’t feel welcome here, and I don’t really feel like a lot of these guys are even buddies together,’” Sandhagen said. “That, to me, seems very weird. This gym has never really been like that. We all really care for each other, and everyone is on the same page of, ‘We all need to get better because this is a very intense and tough road in life.’ Helping each other through that is something we’re all on board with.”

“We’re here to help each other in every aspect,” Magny added. “A guy is moving, we’re helping him move. A guy is looking for a place to stay, he has a couch he can crash on. Whatever it is that these guys need, we make sure we’re there for each other inside the gym and outside the gym. That way when you’re asking a guy like, ‘Hey, man. I have a fight coming up. I know you’re not in camp right now. I know you don’t have anything coming up, but can you please come in and get punched in the face to help me get better?’ The guys are just like, ‘Oh yeah, no problem. I’ll be there for you,’ because it’s like a give-and-take relationship where you’re there for the guys, and they’ll be there for you in return. We’re able to get better and grow because of that.”

Of course, one of the biggest benefits of having so many talented people on the squad is getting to face said talent on a day-to-day basis. Magny appreciates the way he can ask anyone to go a few rounds with him to prepare for his fights even if the other person doesn’t have anything lined up or any reason to really go hard that day. With people like Sandhagen, Gaethje and Dober to pick from, the rounds are not only intense, but high-level.

“These are rounds that I would be paying to see,” Mallory Martin said. “I can just come into the gym and before I spar, I get to watch them spar and learn and watch what they do, and I think that’s cool. It’s just a real team.” 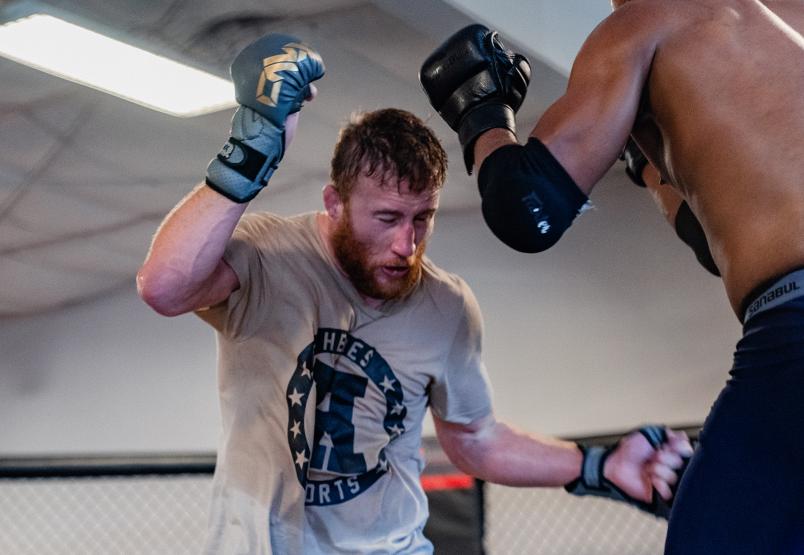 Martin also enjoys the high-quality training she gets with the various women on the team, including Montana De La Rosa, Miranda Maverick and JJ Aldrich.

With all the voices in the room and all the talent on the mat, it’s natural for philosophies to clash a little bit, but according to Donovan, that only creates more benefits for the athletes.

“If we can get together and talk about those things, it brings balance,” he said. “It creates options for these athletes. They have different skill sets, different backgrounds, different body types, and we’re able to fit them with the right coach whether that’s a personality thing or a skill set thing. It’s also cool to be able to have those resources. I don’t know everything, but I guarantee I can find the answer amongst the coaches that we have.”

Elevation Fight Team saw plenty of success in 2020 that has only evolved in 2021. Sandhagen gets his first crack at a piece of gold as he continues his ascension in the loaded bantamweight division; Blaydes, who recently defeated Jairzinho Rozenstruik at UFC 266, has solidified himself at the top of the heavyweight division; and Gaethje has a chance to put himself back in the lightweight title picture with a win over Michael Chandler at UFC 268.

They aren’t resting on their laurels, but they know there’s plenty brewing in Colorado, and it’s exciting for all those involved.

“I think we are on the cutting edge,” Donovan said. “I’m friends with the other coaches on the other teams around the world, and there are a lot of really special things happening in different rooms, but I know what we’re doing is special. I know that we think about MMA from a very advanced place. I think we’re seeing for the first time, a generation of coaches who actually did it, which is cool because we’re getting away from this individual skill set coaches where - you take Curtis for instance. Curtis has a grappling coach, Curtis has a striking coach, but either one of us can watch him and understand the full picture. A coach can still have their specialty, but if you understand the big picture, you get to really push the limits of the sport and do some cool stuff.”