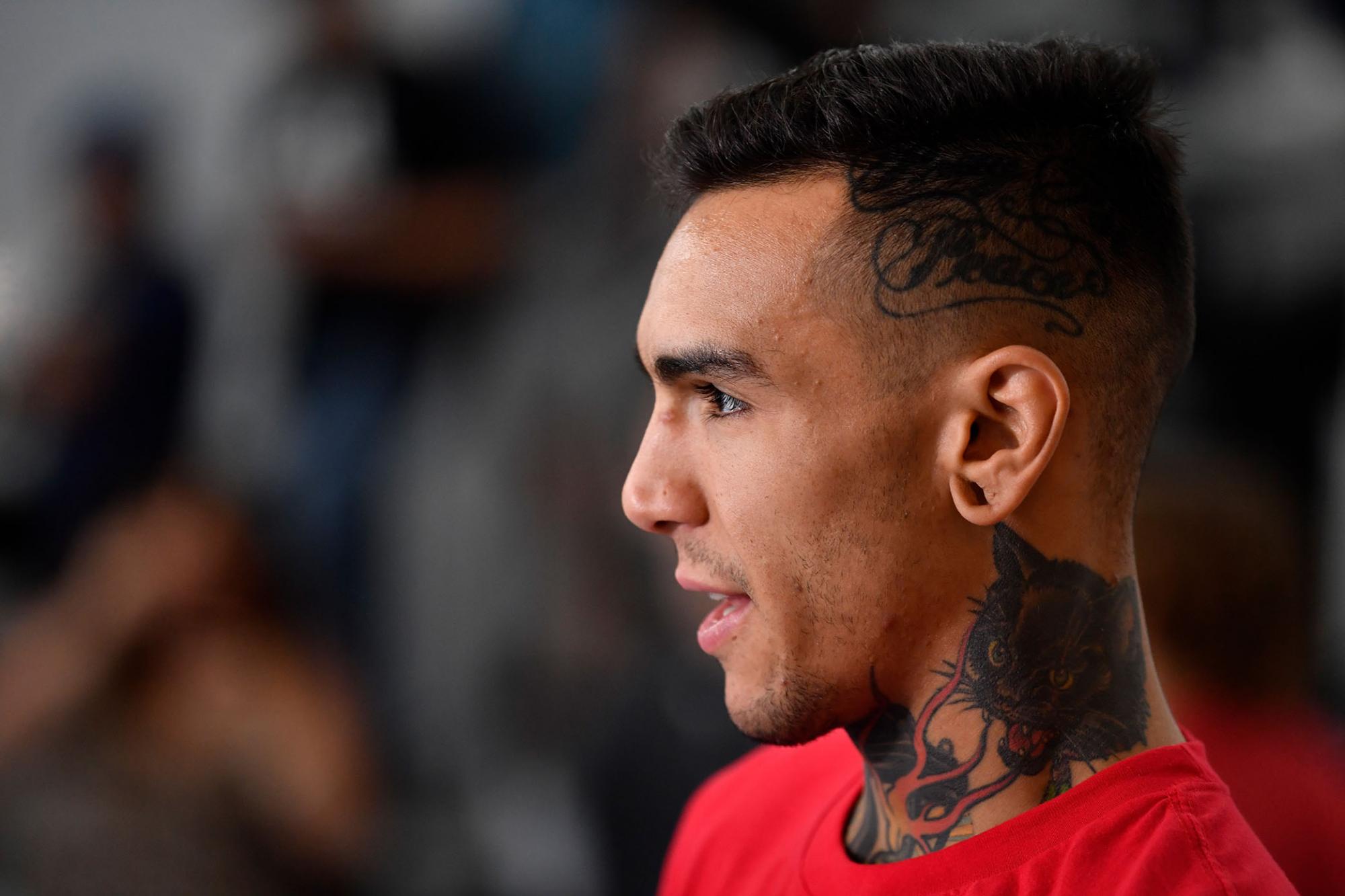 Fili Willing To Do Whatever It Takes

Andre Fili remembers his last fight in Sacramento vividly. Or perhaps his mindset at the time is the memory that truly sticks out as he waited to get his chance to compete in the UFC.

At 11-1, Fili had started making noise on the California fight circuit as his May 3, 2013 date with Adrian Diaz approached, but he needed that signature win to push him over the top.

“Adrian was a guy that I knew well and he ended up being a training partner of mine,” said Fili. “He's a good friend of mine now, a good dude, and I was stoked to fight him, but I was frustrated because I felt like I was beating all these dudes on the local scene and the UFC still wasn't calling and I was getting pissed.”

It couldn’t have been easy for Fili, being a talented fighter on a Team Alpha Male squad with several of its members competing in the Octagon already. And though he did his job that night on the WFC 5 card, stopping Diaz in the third round, the emotions after the bout weren’t what you might expect.

“After I won that fight, I was just annoyed,” he recalled. “What does the UFC want me to do so they can give me the call?” 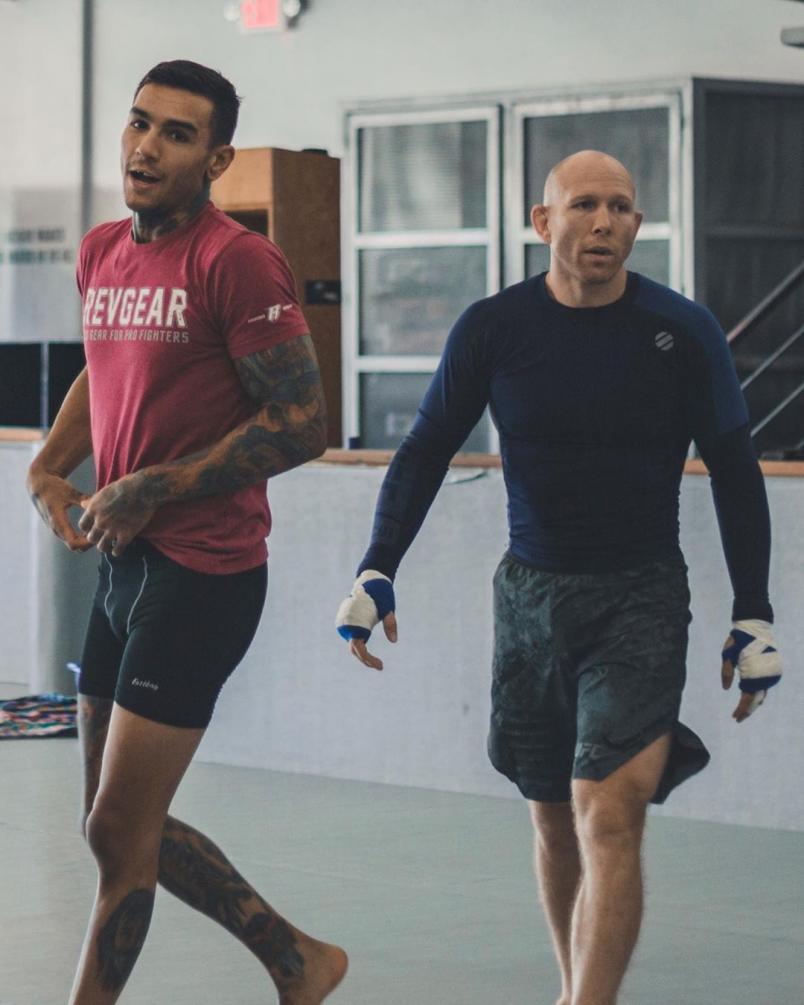 Andre Fili (With Josh Emmett) From his Instagram @touchyfili

“I thought I'm gonna do whatever it takes so that the UFC has no choice but to sign me,” Fili said. “I don't care what wacky s**t I gotta do, I need to be in the UFC. That's where my head was at.”

“Fast forward six years and I'm fighting in Sacramento in the UFC, so I guess it worked out.”

It did. As Fili gets ready for his Saturday bout at Golden 1 Center, he is 7-5 in the Octagon and on the verge of the top 15 should he get by Sheymon Moraes this weekend to move to four wins in his last five fights. Or as Fili puts it, five in a row.

Catch Andre this Saturday at UFC Sacramento, only on ESPN+

Those are the words of a confident young man, and the 29-year-old is certainly that. But his confidence doesn’t come in the form of bluster or outrageous claims without a basis in reality. It’s almost matter-of-fact the way he speaks of where he’s at in his career, and it’s hard to argue with someone who has wins over the likes of Myles Jury, Dennis Bermudez, Artem Lobov, Hacran Dias and Gabriel Benitez. There have been losses to Max Holloway, Calvin Kattar and Yair Rodriguez along the way, but in Fili’s eyes, it’s all part of the journey to figuring out this most complex of games.

“I heard somebody talk about writing a novel and he talked about how he wrote this novel and how he thought, ‘Oh, I figured it out. I finally figured out how to write novels.’ And an older novelist basically told him, ‘No, you only figured out how to write this novel.’ And I think that's the same thing with fighting. We can get closer to perfecting our craft - that's the goal - but I think you only figure out how to win the fight in front of you. When the fight's done and you win it, now you have the next person and the next set of problems and skills to work around and weaknesses to exploit. So I think I'm closer to figuring it out. I figured out how to win this fight in front of me and that's where I'm at.” 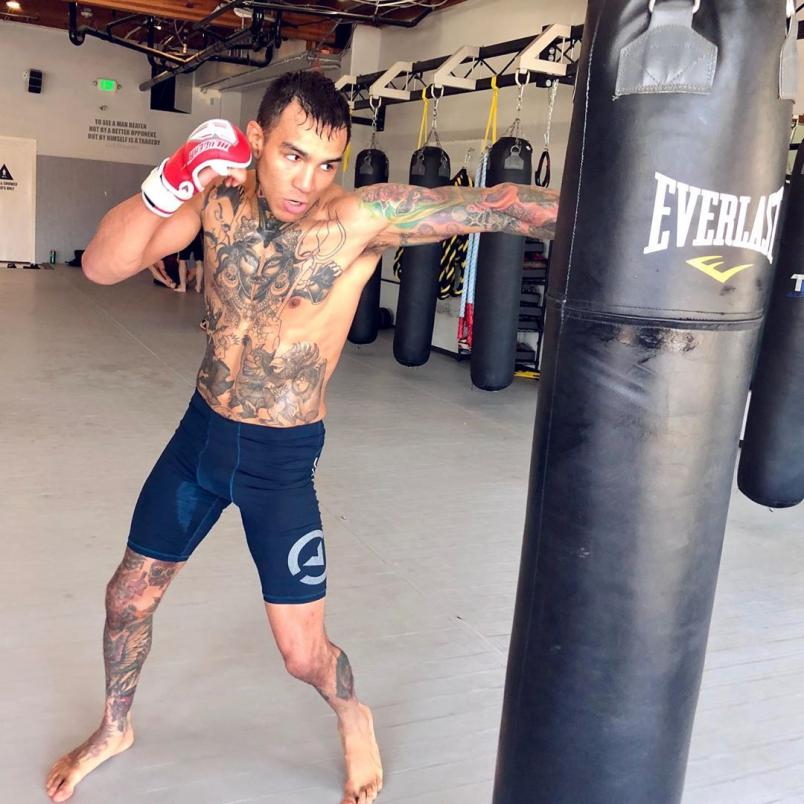 That’s the most important part because if he doesn’t get past Moraes, then all the talk of rankings, top 10 opponents and title shots will then have to wait. So Fili focusing on what’s ahead of him and that alone is a sign that he’s maturing as a fighter. And when you add that maturity to his talent and drive, well, you can figure out the rest.

But there’s more, as his split decision loss to Johnson in August of last year – a verdict that still baffles him – has him trying to do whatever it takes to get the win before the judges get involved. It didn’t happen in his most recent bout against Jury, in which he won a unanimous decision, but rest assured that he will be looking for an early night when he meets Moraes.

“I'm hunting these finishes now,” said Fili. “It's not enough to just fight. You've gotta knock somebody out.”

A knockout of Moraes, who has won two of his last three, defeating Matt Sayles and Julio Arce, would be quite the statement, and to do it at home in Sac-Town would be the icing on the cake. But whatever way it happens, Fili will take it as long as his hand is raised.

“I'm fighting this dude and he wants to hurt me, he wants to take my money and take my dream away from me,” Fili said. “And I've gotta hurt him first. I've gotta get this win, I've got to put on a performance, I gotta let people know that I'm coming for that belt. 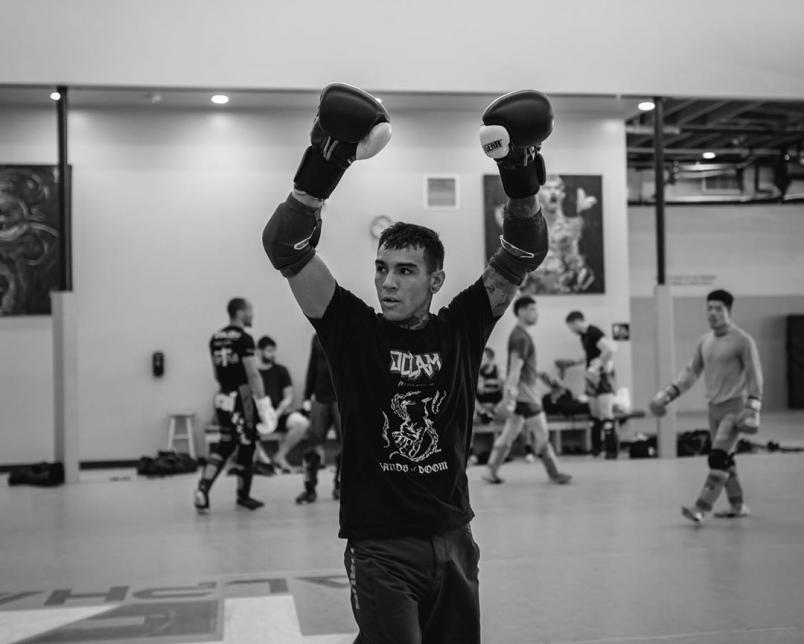 Six years may have passed since Fili’s last fight at home, but it’s clear that the hunger has only intensified. “Touchy” Fili wants a belt, by any means necessary.

“I respect the other guys at the top of the sport but I'm ready to beat all those dudes,” he said. “Skill wise, I can beat any of them today. I know this, so I want that opportunity. And when it matters the most is when I shine the most.”