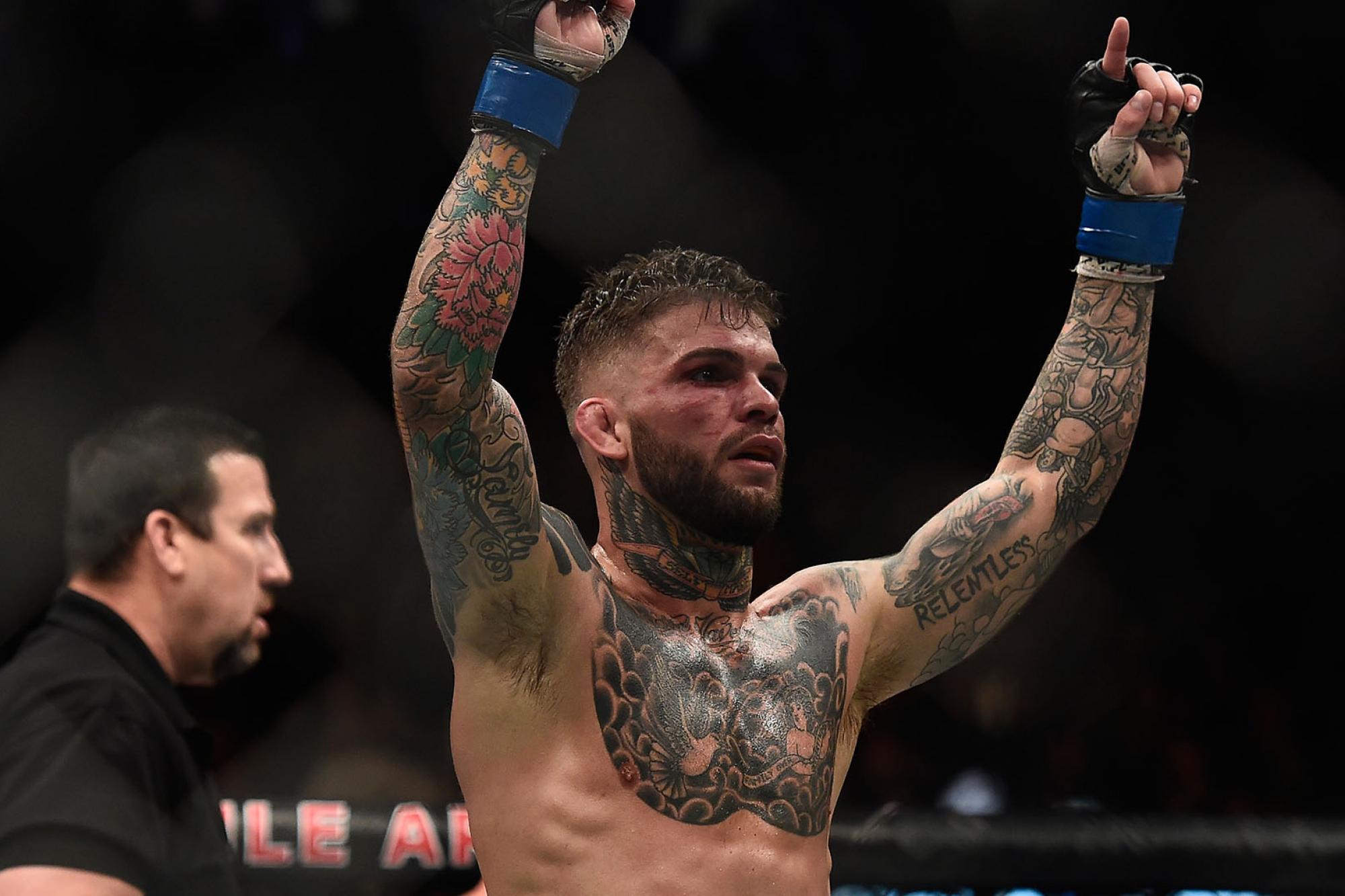 The Fire Has Returned For Cody Garbrandt

Cody Garbrandt had enough. And who could blame him?

His rocket-like rise to the top. The Master Class against Dominick Cruz.

Then the fall. Two losses to former teammate TJ Dillashaw. Falling short in a shootout with Pedro Munhoz.

Fighting was his job, and it had been his life for as long as he could remember. But now he didn’t want to be near it.

“There was a time in my life and my career where I didn’t want to watch the fights,” said the former UFC bantamweight champion. “My wife wanted to order every fight, stay up to date on articles and what was going on.”

He didn’t. And he was fine with that. As he describes it, when it came to MMA, “My hate for it was heavy.”

It wouldn’t be for long. Sure, there were injuries to deal with, but as the days wore on over the last year, “No Love” found his love for the sport again.

“I was so far away from martial arts, but I rediscovered my love and my passion,” he said. “I feel like every time I try to walk away from fighting, I always get pulled back. This is what I love to do, this is all I’ve known to do, and I understand that this is my life and this is what I want to do, and I’m just capitalizing on it. There’s gonna be a time in my life where I’m not gonna be able to come back to fighting and I’m gonna have to really walk away from it, so I’m excited to have that passion re-lit.”

Those are the words fans of Garbrandt want to hear as he approaches his UFC 250 co-main event against Raphael Assuncao. It’s a spot worthy of his status as a former world champion, even if talk of filling the title vacancy left by the retirement of Henry Cejudo centers on the young guns of the 135-pound weight class: Petr Yan, Aljamain Sterling, Cory Sandhagen.

And there’s the reminder. Sterling is 30. Sandhagen is 28. Yan is 27. Garbrandt? 28. So this isn’t some fighter closing in on his senior years (in fighting terms), over the hill and waiting to get run over by rivals a decade younger. In fact, he may be entering his fighting prime, something overlooked because he reached the top so young.

“I rose to the top really fast and there were things I needed to correct and work on,” he said. “The silver lining in it (the last few years) is that I had to withdraw, step away from fighting a little bit, raise my son, still stay active, still focus on becoming the best fighter that I can become, and I’m full throttle. My foot’s on the gas pedal and I’m not looking back.”

While his foot’s on the gas, his engine needed a little tune-up, so Garbrandt supplemented his training with his longtime squad in Sacramento, Team Alpha Male, by working with another gang of killers, this one in New Jersey led by Mark Henry and Ricardo Almeida.

“I was able to get that blend of mixed martial arts experience from both camps, east coast and west coast, and it’s been great just being able to become a mixed martial artist again and find that love for it,” said Garbrandt, who will be in tough yet again this weekend against perennial contender Assuncao. But even after three consecutive losses, the Ohio native knows what he’s in for and what’s expected of him. And he’s come too far to turn back now.

“When you set out to the be the best, there’s always gonna be that pressure to perform,” Garbrandt said. “I know my fights haven’t gone the way I’ve wanted them to go, but life is like that. Sometimes you just gotta roll with the punches and I feel like I matured a lot these last few years outside of my career and inside my career. I’m still young, I’m still hungry, the passion’s still there and the fire is there, so I’m excited to be where I’m at in this journey in life.”

Order UFC 250 For Any Device

Does that mean the old Cody Garbrandt is back?

“I’ve got nothing to lose, I’ve got everything to gain,” he said. “I’m that hungry kid climbing up the mountain again.”