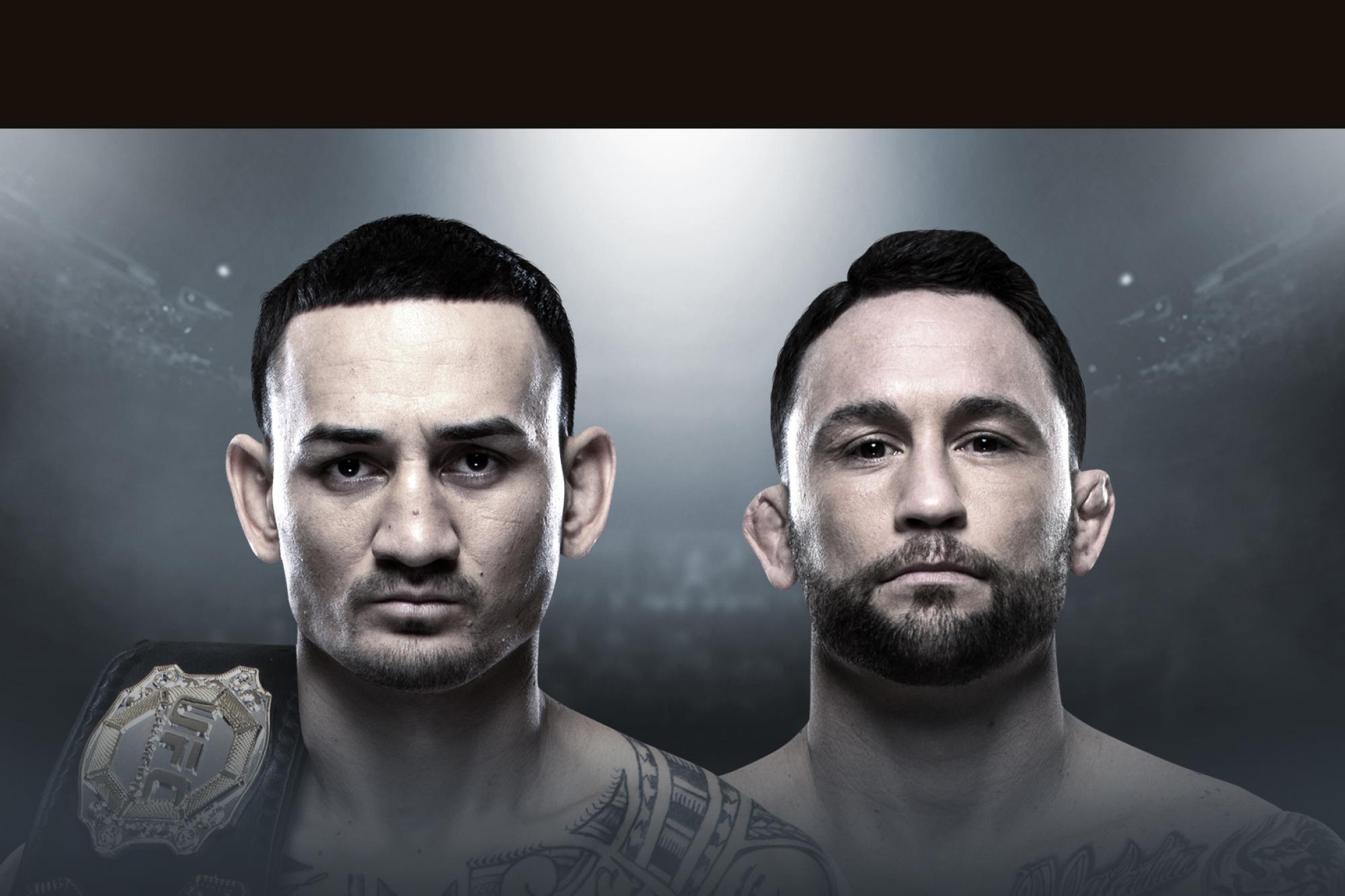 HOLLOWAY AND EDGAR TO HEADLINE UFC 240 IN EDMONTON

Max Holloway Will Defend His Belt Against Frankie Edgar On Saturday July 27th At Rogers Place
By Thomas Gerbasi • May. 28, 2019

Edmonton, Canada – UFC® returns to Edmonton with a highly anticipated featherweight championship bout that will see titleholder and No. 5 ranked pound-for-pound fighter Max Holloway defend his belt against No. 4 ranked contender Frankie Edgar.

UFC® 240: HOLLOWAY vs. EDGAR takes place Saturday, July 27 at Rogers Place and will stream live nationally on Pay-Per-View exclusively through ESPN+ in the U.S. at 10 p.m. ET/7 p.m. PT in both English and Spanish.

ESPN+ is the exclusive provider of all UFC Pay-Per-View events to fans in the United States as part of an agreement announced last month and continuing through 2025.

Fans will be able to purchase UFC® 240: HOLLOWAY vs. EDGAR online at ESPNPlus.com/PPV and then will be able to watch it via the web or on the ESPN App on any connected device. ESPN+ is available as an integrated part of the ESPN app on all major mobile and connected TV devices and platforms, including Amazon Fire, Apple, Android, Chromecast, PS4, Roku, Samsung Smart TVs, X Box One and more.

Unbeaten at 145 pounds for almost six years, Holloway (20-4, fighting out of Waianae, Hawaii) has utilized dynamic striking to topple the featherweight elite. Over the course of his spectacular run, he has delivered thrilling stoppage wins against Jose Aldo (twice), Brian Ortega, Anthony Pettis and Cub Swanson. Originally scheduled to face Edgar on two previous occasions, Holloway aims to add another legend to his resume and stake his claim as the most dominant featherweight champion in UFC history.

A former lightweight champion, Edgar (23-6-1, fighting out of Toms River, N.J.) looks to join the short list of athletes who have won titles in two UFC divisions. Throughout his legendary career, he has netted spectacular victories over BJ Penn (three times), Cub Swanson (twice), Chad Mendes and Gray Maynard. With history in his sights, Edgar looks to become the first fighter to defeat Holloway at 145 pounds since 2013 and reach the top of the division.

UFC® 240: HOLLOWAY vs. EDGAR will mark the 30th UFC event in Canada, dating back to its inaugural fight card in the Great White North at UFC 83 in 2008. During this time the world’s premier mixed martial arts organization has staged thrilling cards from coast-to-coast in 11 different cities—Calgary, Edmonton, Halifax, Moncton, Montreal, Ottawa, Quebec City, Saskatoon, Toronto, Vancouver and Winnipeg.

Additional bouts on the card include:

For the latest information on additional bouts for this event, please visit www.ufc.com. All bouts live and subject to change.

Visit UFC.com for information and content to support your UFC coverage. Please click here to apply for the event.

Tickets for UFC® 240: HOLLOWAY vs. EDGAR go on sale Friday, May 31 at 10 a.m. MT. Tickets are available for purchase online at www.ticketmaster.ca. Ticket sales are limited to eight (8) per person.

UFC Fight Club® members will have the opportunity to purchase tickets Wednesday, May 29 at 10 a.m. MT via the website www.ufcfightclub.com. A special Internet ticket pre-sale will be available to UFC newsletter subscribers Thursday, May 30 starting at 10 a.m. MT. To access this presale, users must register for the UFC newsletter through UFC.com.