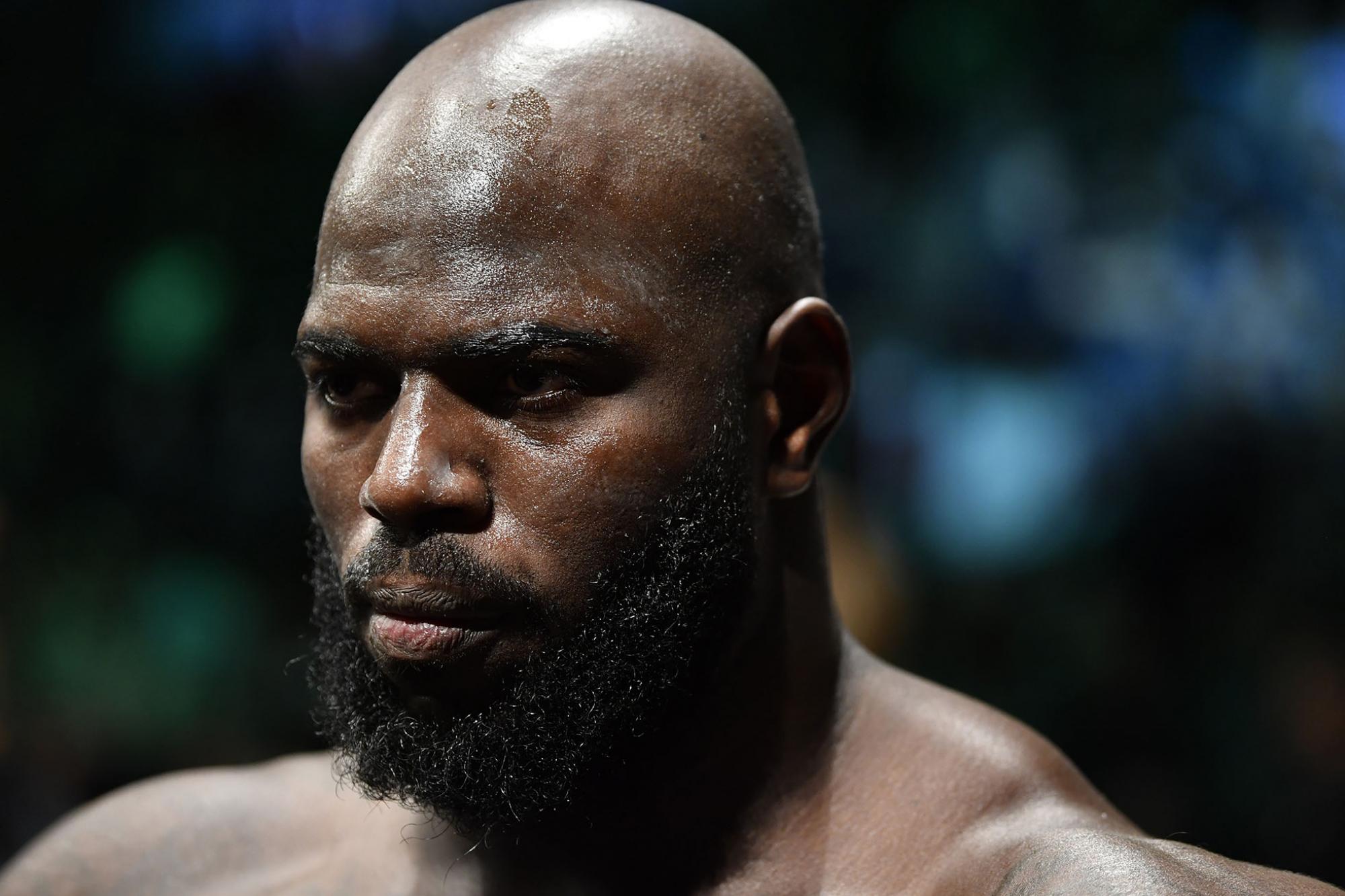 Jairzinho Rozenstruik Welcomes The Challenge Ahead

After emerging as a contender in the heavyweight division following a breakout rookie campaign in 2019, the kickboxer from Paramaribo, Suriname asked for and received an opportunity to share the Octagon with Francis Ngannou in his first appearance of 2020.

Originally scheduled to serve as the main event of the UFC’s return to Columbus, Ohio in March, the COVID-19 pandemic forced the cancellation of that event and shuffled the clash of heavyweight finishers to the middle of the UFC 249 pay-per-view main card two months later.

Twenty seconds after the bout began, the fight was over, as Ngannou pressed forward and found Rozenstruik’s chin as he backpedaled towards the fence.

“Naw, never any regrets,” Rozenstruik said with a laugh when asked about his decision to call out Ngannou just days before he returns to action against Junior Dos Santos as part of Saturday night’s UFC 252 pay-per-view main card. “I want to be on top, I want to be the champion, and so if I want to be the best, I’ve got to beat the best.

“The Francis Ngannou fight didn’t go my way, but my dream is still alive, and the dream is to get the belt and be champion,” he added. “It’s a fight and I got caught, so it is what it is; you win some, you lose some.”

Paraphrasing “The Nature Boy” Ric Flair is always going to win you points in my book, but there is also an earnestness to the way the 32-year-old frames his loss to Ngannou and his outlook on the future that makes it clear he’s not simply saying the things a fighter in his position is supposed to say.

Up until May, Rozenstruik’s MMA career had been all rise, as he ripped off four wins in 16 months prior to arriving in the UFC and followed it up with another four victories in 11 months after reaching the biggest stage in the sport. All told, he headed into his bout with Ngannou with a pristine 10-0 record that included nine finishes, and while he’d encountered some resistance in his bout with Alistair Overeem at the end of last year, “Bigi Boy” still managed to find a finish and keep moving forward in the heavyweight division.

The bout with Ngannou represents the first backwards step he’s been forced to take during his mixed martial arts career, and in speaking with the talented striker ahead of this weekend’s showdown against the former champion Dos Santos, it seems to be one that he has welcomed wholeheartedly.

Order UFC 252 For Any Device

“The competition has just begun,” said Rozenstruik, who made his UFC debut last February with a second-round stoppage win over Junior Albini. “I won my first four fights, I got a loss, and now I’ve got a big opportunity.

“After my loss, I went back to the gym, worked even harder than I did before and I’m coming back stronger.”

In addition to working with his long-time coach Michael Babb, Rozenstruik has also spent a great deal of time of late training at American Top Team in South Florida, where he’s relied on the experience and expertise of the myriad coaches and high-level competitors to help develop his skills on the ground.

“That has influenced me a lot because I come from a different background, and at American Top Team, they do a lot of wrestling and jiu-jitsu,” he said of training at the elite MMA gym. “I’ve learned a lot, especially in wrestling.

“They’re all things I’ve trained before, but now they come more naturally because I’m training them every day. I’m in a learning process and starting to feel really comfortable with it all.

To add that to my style,” he began, chasing his words with familiar sound of someone who is thinking about something so great it makes their mind spin and seems difficult to fathom. “I think I’m going to become the most dangerous man in the division.”

One of the people at American Top Team that Rozenstruik hasn’t been working with is the man he’ll face this weekend, Junior Dos Santos, though that isn’t exclusive to this training camp and the fact that they’re going to punch each other in the face on Saturday night in Las Vegas.

“We’ve only said, ‘Hi,’” he said when asked about his previous encounters with Dos Santos, who enters their meeting looking to halt a two-fight skid after suffering stoppage losses to Ngannou and Curtis Blaydes in his last two appearances. “I think he was the first guy that reached out to me when I went to American Top Team and said, ‘Hey, nice to meet you; I’m glad you joined our team,’ but that’s the only time we interacted.”

Though they may not have a personal relationship beyond exchanging pleasantries in passing, Rozenstruik is acutely aware of the challenge before him this weekend, even if “Cigano” has landed on the wrong side of the results in each of his last two trips into the UFC cage.

“Junior is still a dangerous opponent,” Rozenstruik said of his Brazilian foe, who has split a pair of bouts with current champ and UFC 252 headliner Stipe Miocic, and earned a stoppage win over Top 5 fixture Derrick Lewis prior to his recent slide. “He’s more of an all-around fighter and I’m prepared for that and I feel good about it. I’m ready to face him in the Octagon.”

Though Rozenstruik’s first two MMA fights came in 2012, he only truly committed himself to the sport in 2017 and it has been a non-stop series of training camps and fights since then.

His bout with Ngannou was his ninth fight in roughly 36 months, a pace few heavyweights can match and one even Donald Cerrone would tip his cowboy hat to, and up to that May engagement in Jacksonville, Florida, it had been smooth sailing for the developing knockout artist.

In the span of three years, he’s gone from neophyte to “Next Big Thing” in the UFC heavyweight division, and now that his unbeaten run has ended, Rozenstruik is focused on getting back into the win column and resuming his climb towards the top of the heavyweight division this weekend, while proving something to himself in the process.

“Junior is a difficult fighter; he moves a lot,” he said, offering his thoughts on how he gets his hand raised this weekend. “It might be the first round, it might be the second round; it just depends how the fight goes.

“But I have to set something straight with myself this fight,” he added. “I have to prove to myself that I belong here, so this is a victory I’m looking for and I’m going to go get it.”