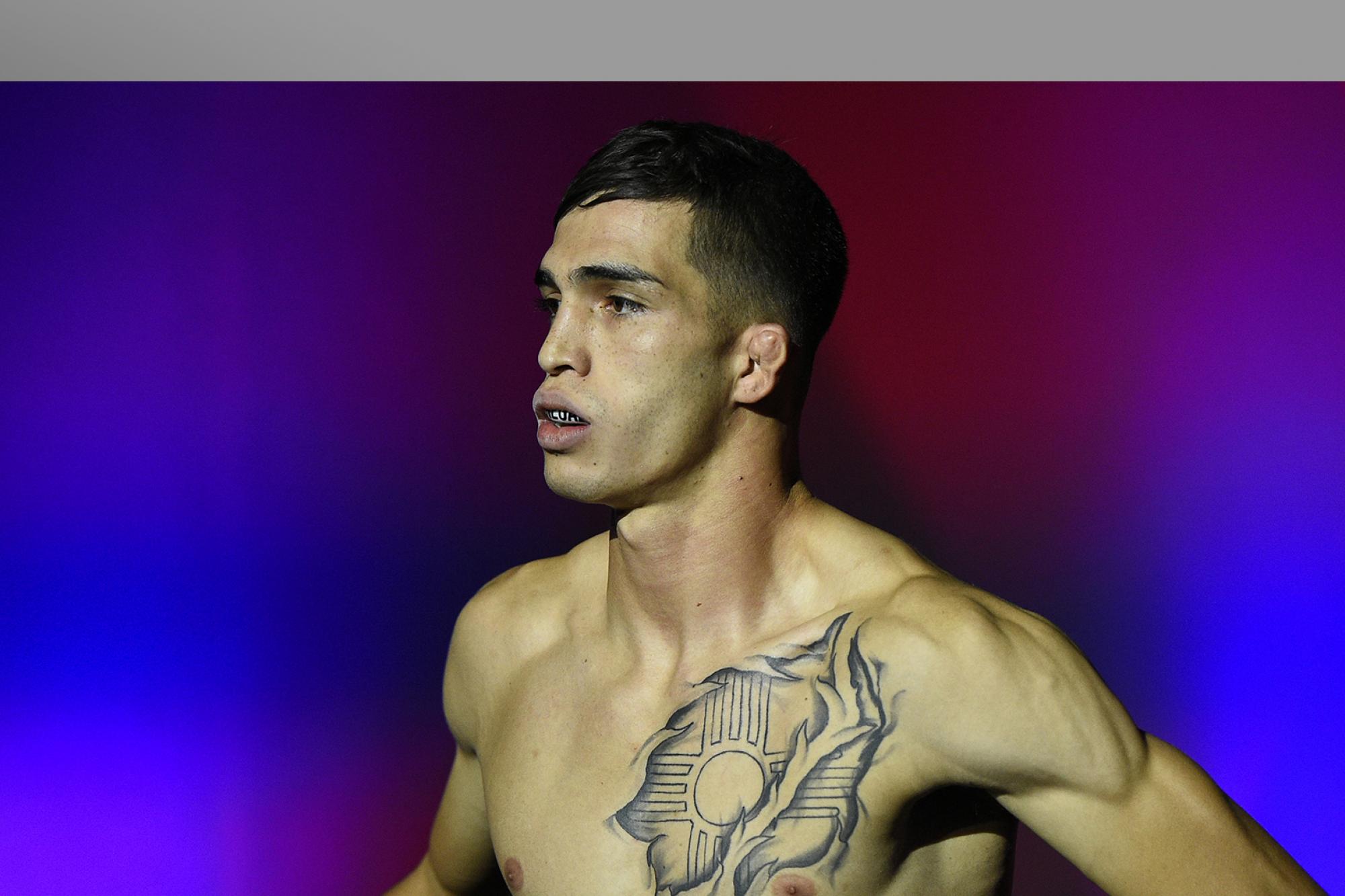 Jerome Rivera continues the chase for his elusive first UFC victory when he faces Francisco Figueiredo at UFC Fight Night: Chiesa vs Magny
By Thomas Gerbasi, on Twitter: @TGerbasi • Jan. 18, 2021

Jerome Rivera laughs when it’s pointed out that as far public perception goes, fighters like him have fallen out of the sky and into the Octagon when making a UFC debut.

He’s fine with that, but the Santa Fe native, who makes his second UFC start on Wednesday against Francisco Figueiredo knows otherwise.

“It was a long time coming,” said the 25-year-old, who turned pro in 2014. “I was suffering dislocated elbows and working temporary city jobs trying to figure out something when my daughter was on the way, so it's gonna be a really emotional moment when I get that W.”

In his mind, there’s no question when it comes to the result on Fight Island. Sure, he wasn’t able to get the job done in his first walk against Tyson Nam last September, but this time around, the Dana White Contender’s Series veteran isn’t leaving without a victory. 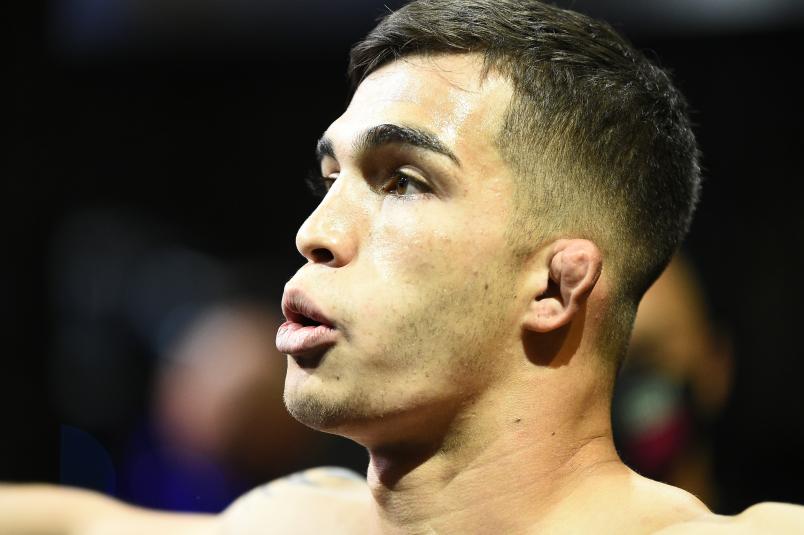 “I know this is where I belong, and even just envisioning this fight, I know in my mind there's nothing this dude can do that's gonna stop me from winning,” he said. “If he catches me with an overhand or maybe he puts me in a submission for a second, the way my mindset is right now, there's nothing he can do that's gonna beat me. It's going to be a very gratifying feeling when I get that first W.”

So gratifying that for a moment he can forget those days digging wells with one arm a couple weeks after elbow surgery, desperate for any job to make sure he was providing for the arrival of Emilia, now two years old.

“Those were some humbling times,” said Rivera, whose dilemma played out in front of the MMA world as his elbow was dislocated in a televised LFA bout against current flyweight contender Brandon Royval in May 2018.

Coming back added a layer of resilience to an already talented and gritty fighter, and three wins followed when he returned, the last of which over Luis Rodriguez last August didn’t get him a UFC contract, but it did garner him a call to face Nam on late notice. A defeat followed, but in his second bout in the Octagon, Rivera can spoil the debut of UFC flyweight champion Deiveson Figueiredo’s younger brother. And while Brazil’s “Sniper” isn’t exactly an easy fighter to find footage on, Rivera and his team are making the best of the situation with what they can find. 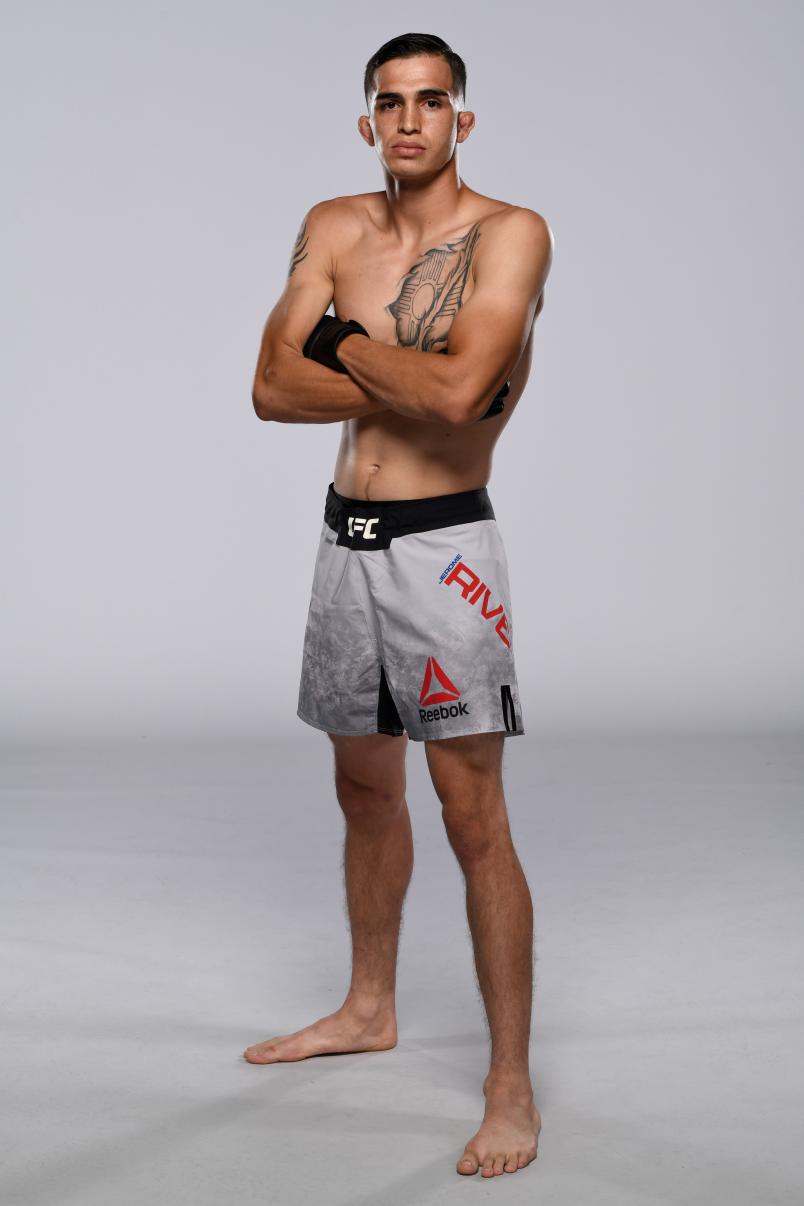 Jerome Rivera poses for a portrait during a UFC photo session on September 17, 2020 in Las Vegas, Nevada. (Photo by Jeff Bottari/Zuffa LLC)

“It definitely makes it a little harder when you can't look up the fighter,” said Rivera. “When I got offered Tyson Nam, that guy's got a lot of fights on YouTube and stuff like that, so we were able to look him up and come up with a pretty solid game plan. But this guy's pretty hard to find, so when that happens, then you study their camp and see the style that those guys fight. So there's his brother Deiveson and there's also another guy that I've seen fight, so we're kind of preparing for a style those guys have - really tough jiu-jitsu, pretty solid Muay Thai. From what I've seen, it looks like he fights like his brother a lot, so I'm really motivated. It makes me excited. I feel like I'm kinda getting ready to fight the champ, in a sense.”

He's right, because if Rivera does make a statement against Figueiredo, big brother will likely want a crack at the New Mexico product. Maybe not in a fight or two, but down the line, making this a perfect way for Rivera to truly announce his arrival.

“That makes me really excited about the matchup,” he said. “I consider my coach (Joshua Montoya) like a brother; we have a really cool relationship. So when we got offered the fight, I was telling my coach, ‘Any time I've ever seen you fight and you lose, I've always wanted to fight the dude.’ I know Deiveson Figueiredo likes to try and intimidate people and I'm not really gonna be there to do a whole lot of talking; I'm just looking to go make a statement the way I beat up his brother.” 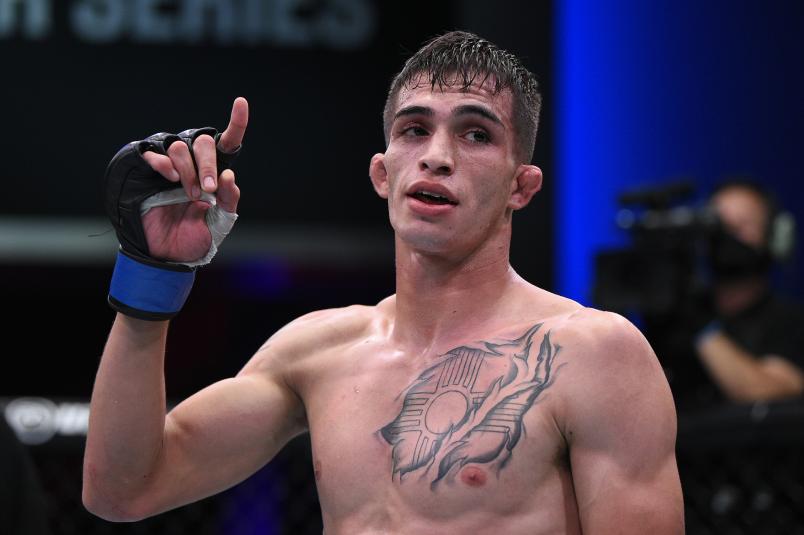 Jerome Rivera reacts after the conclusion of his flyweight bout against Luis Rodriguez during Dana White's Contender Series season 4 week one at UFC APEX on August 04, 2020 in Las Vegas, Nevada. (Photo by Chris Unger/DWCS LLC/Zuffa LLC)

Sounds like Rivera might be dumping his “Renegade” moniker to go back to his original nickname, “Shy Guy.”

He laughs, admitting that he thought about it, but for now, it’s still “Renegade” on the outside and “Shy Guy” in his DNA. And he’s fine with that.

“When I fight, I hit that 180,” Rivera said. “If you meet me out on the street or you see me at the gym, I'm this really nice, calm, soft-spoken dude. But when I fight, sometimes I flip that switch and the little Santa Fe boy in me comes out.”

Make sure you tune into UFC Fight Night: Chiesa vs Magny at a special time this Wednesday: Prelims Begin At 9am ET, Main Card at 12pm ET