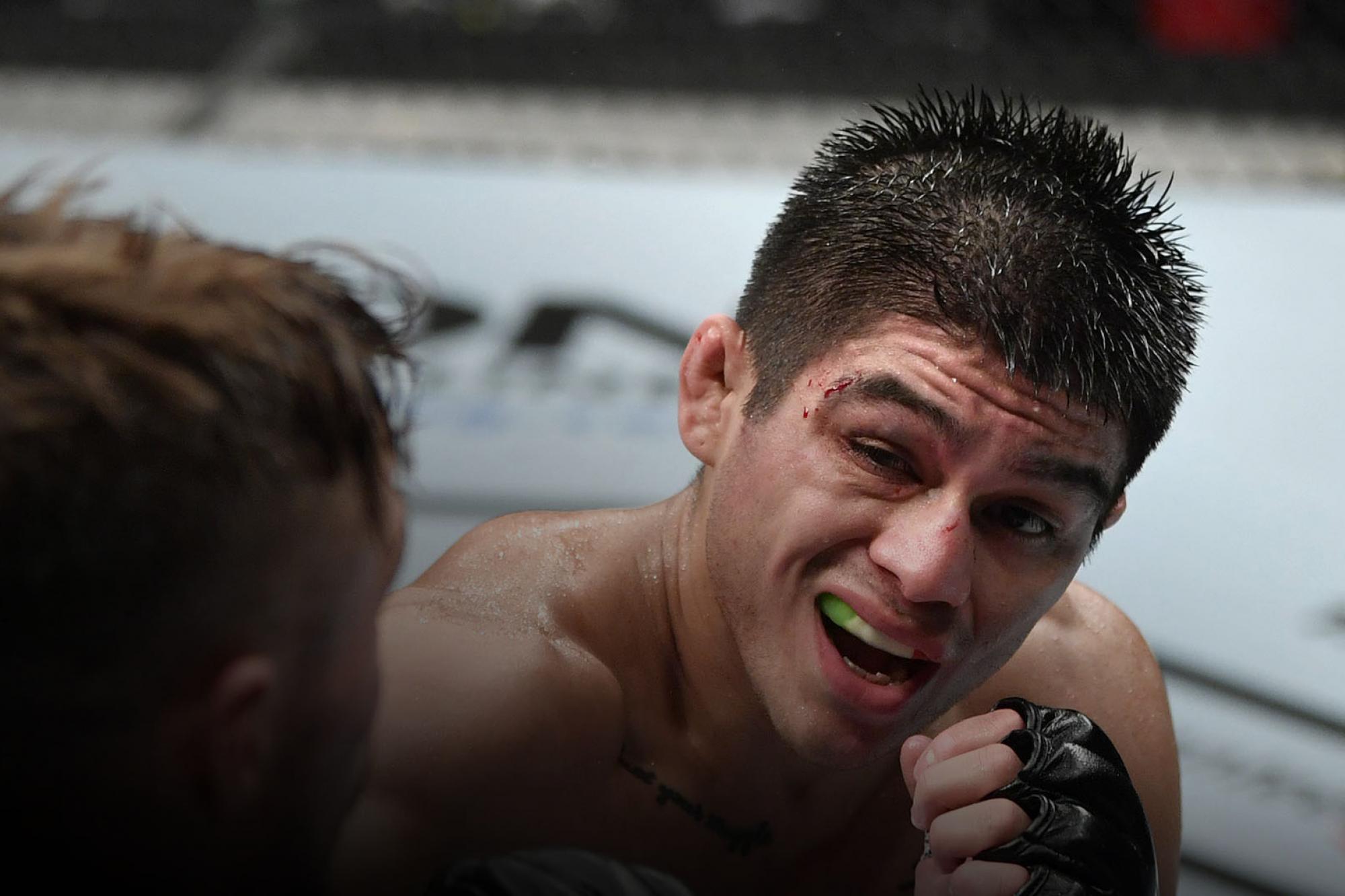 Before his UFC debut against Nathaniel Wood last summer, John Castaneda’s mother asked when her son was going to hang up his gloves, maybe use his degree from Minnesota State University, you know, mom stuff.

After he lost that debut to Wood by way of a hard-fought three-round decision on UFC Fight Island, mom had a similar question.

“It's gotta be at least every couple months that I get this talk from my mom,” Castaneda laughs. “But the more and more I get older, the more she accepts it and knows that whatever she says isn't really gonna change my mind and whenever I want to be done, I'll be done.”

So it’s more like a motherly duty than something she actually thinks he’s going to listen to?

“She's not as persistent as she once was,” admits Castaneda, who may very be a lifer in the sport after 22 fights over a nearly ten-year pro career. And frankly, the reason is simple, and it has nothing to do with titles, big fights and even bigger paydays.

“It wouldn't fulfill my life, my adrenalin junkie side, and I think what's so fulfilling about this job is that I love the pressure and I love fighting under the lights,” he said. “It's almost like a high that you crave. You're not gonna get that with any other job. I could be making a career somewhere else or using my degree somewhere else, but I would always be chasing this kind of high.”

On Saturday, he gets his fix for the 23rd time when he makes his second Octagon appearance against former WEC bantamweight champion Eddie Wineland. Most would think that’s a daunting task for someone’s second UFC fight, but Castaneda sees it almost as a reward for the performance he put on in his short-notice bout against Wood. 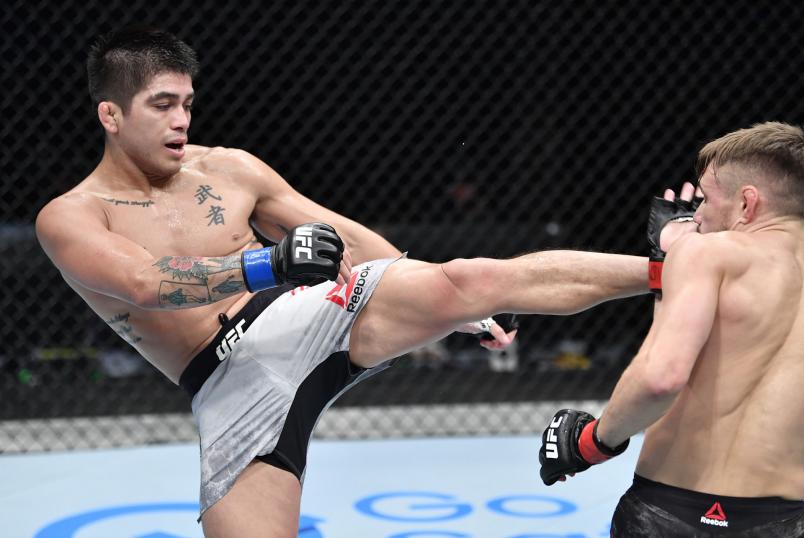 “I left that fight with my head held high,” he said. “I think I proved something to a lot of people. That was a guy (Wood) on the cusp of making the Top 15 before his last fight, and I stood there and held my own. Was it the best John Castaneda? No, not by any means, but I have no excuses this upcoming fight. I put in some serious time, I had a full camp, everything's gonna line up.”

A victory for the 29-year-old would be a big one considering Wineland’s track record in the sport, and it would also put him back in the win column for the first time since April 2019, too long a wait for the ultra-competitive Minnesotan. But when the UFC calls, even on short notice in the middle of a pandemic, fighters like Castaneda pack their mouthpiece and get on a plane, even if the fight is halfway around the world in Abu Dhabi. And though he admits getting acclimated and then dealing with the first-time UFC jitters were issues in his debut, he knows they won’t be, especially with this weekend’s bout being in Las Vegas.

“I fought two times in Vegas already and I'm undefeated in Vegas, so it's a good luck spot for me,” laughs Castaneda, whose last business trip to the Fight Capital of the World saw him outpoint Cheyden Leialoha on season one of Dana White’s Contender Series in 2017. He didn’t get a contract that night, but when he did, he made an impression with the promotion.

“My manager, Jason House, got a lot of positive feedback from my last fight, so those words alone were uplifting,” Castaneda said. “And going in and fighting a top prospect like Wood and then switching right away to a veteran and pioneer of the sport who has been around a long time, they could have easily fed me someone who's also making their debut or even someone who's 0-1 in the UFC. But I think they saw what I can do against top-level guys and feeding me another top-level guy like him, I think it speaks volumes.”

And while the 29-year-old is still new to the UFC, he’s not new to the sport, and that has Castaneda thinking big about his fight in the APEX this weekend.

“I think that alone, the experience in the fight game, gives me a lot of confidence,” he said. “I fought some elite guys already, and when you're not experienced, you're always scared in the back of your mind, like, 'Oh crap, this guy's gonna show me something I haven't seen yet.' But I've seen it all. I've seen high-level grapplers, I fought them; I've seen high-level strikers, I fought them; I've seen high-level well-rounded guys, and I've fought them. I've fought ex-UFC vets, ex-world champions, and it definitely gives you a little extra confidence going into a fight, like this guy's not gonna show me anything I've already been tested by.”

Sorry mom, sounds like your son is going to be sticking around a little longer.

“I feel like I'm in a good spot,” Castaneda said. “I've still got a little bit of youth behind me and I got the experience and we're just ready to make some moves and win some fights here.”