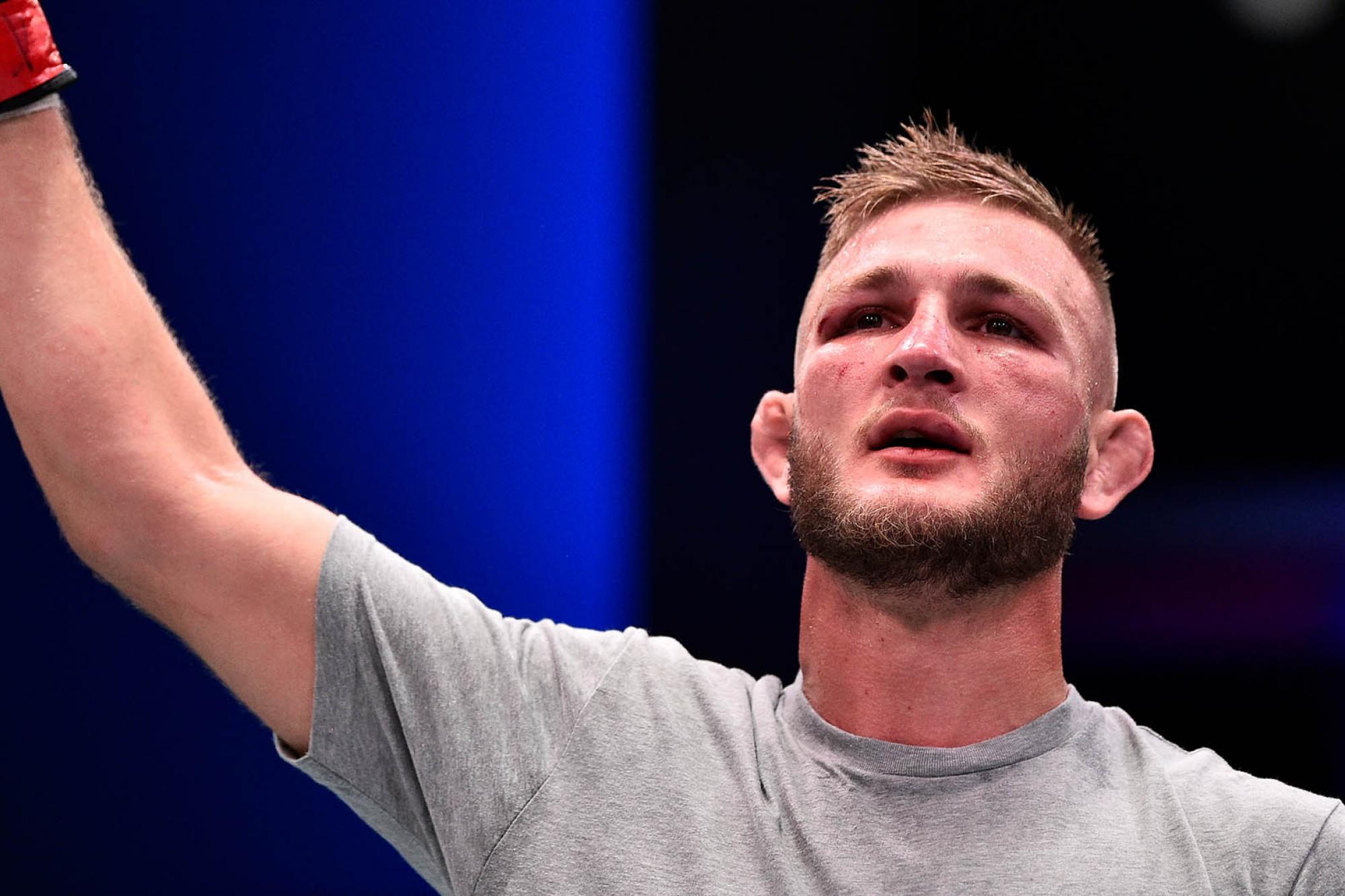 Jonathan Pearce Is Rising To The Occasion

Fresh from his first UFC win and about to chase another one this Saturday in Las Vegas, Jonathan Pearce has no doubts about where he sits when it comes to his mixed martial arts career.

“It's definitely all-in for me,” he said. “You gotta go all-in on your dreams and can't look back and second guess.”

It’s the answer you would expect from any prizefighter at this level, but that doesn’t mean doubts don’t creep in every now and again. In Pearce’s case, he sold a successful lawn mowing business and left his home in Johnson City, Tennessee for Arizona and the chance to get the work necessary to take him from the regional scene to the UFC.

“I moved into the fighter house at The (MMA) Lab, and I was in the smallest room with five other guys all the way across the country - guys from the UK, guys from Hawaii, people from all over,” Pearce recalled. “And I questioned if I had made a good decision or not, and by the time I ran out of all my money, I got that (Dana White’s) Contender (Series) fight and won it.”

That night in the summer of 2019, all five winners on the DWCS card picked up UFC contracts, and Pearce had all the ambition in the world when it came to making it in the big show. Then came a first-round loss in his October 2019 debut against Joe Lauzon, which was followed by surgery and a long time on the shelf to think about where he was heading. Was he staying in Arizona or going back to Tennessee?

“I was pretty hard on myself over the Lauzon fight, but looking back at it, I feel like that's the first time I fought in the UFC, first time I've been finished like that ever, and if it took this level of guy to do it, then my fall isn't too far,” he said. “I went through the shoulder surgery after that fight and that was probably the most difficult because I couldn't work, so I couldn't do anything to get through the process. So I had to think about it a lot and decide if this is what I still wanted to do or not. And I was like, 'Well I still got contracted fights left to do, and I'm gonna ride it out and see how it goes.' I've had my back up against the wall before. I lost three fights back-to-back and I feel like it was just one of those moments again, and I knew I could rise to the occasion because I had done it before.”

After that three-fight losing streak in 2016-17, Pearce ran off five fights and earned a spot on the UFC roster. After the Lauzon loss, he came back last November with a second-round TKO of Kai Kamaka III. Yeah, he’s gonna stick around.

“It was a good one,” said Pearce of the fight with Kamaka, who replaced Sean Woodson. “I had trained really hard for that fight and then the guy dropped out and I had a short-notice fight, so I was ready for a tougher fight. I was ready for a knock down, drag out like I had on Contender. Hopefully I'll have one of those May 1st. I do enjoy going out there and finishing, but also having a good matchup where I'm growing each fight.”

He's got a good matchup this weekend when he meets up with Mexican veteran Gabriel Benitez, a fighter coming off a first-round finish of Justin Jaynes in December. And with another victory, the Fight Ready squad member can start thinking about where he’s going to fit in a stacked featherweight division. And it’s his 29th birthday, too, making this Saturday one with the potential to be his best day yet. 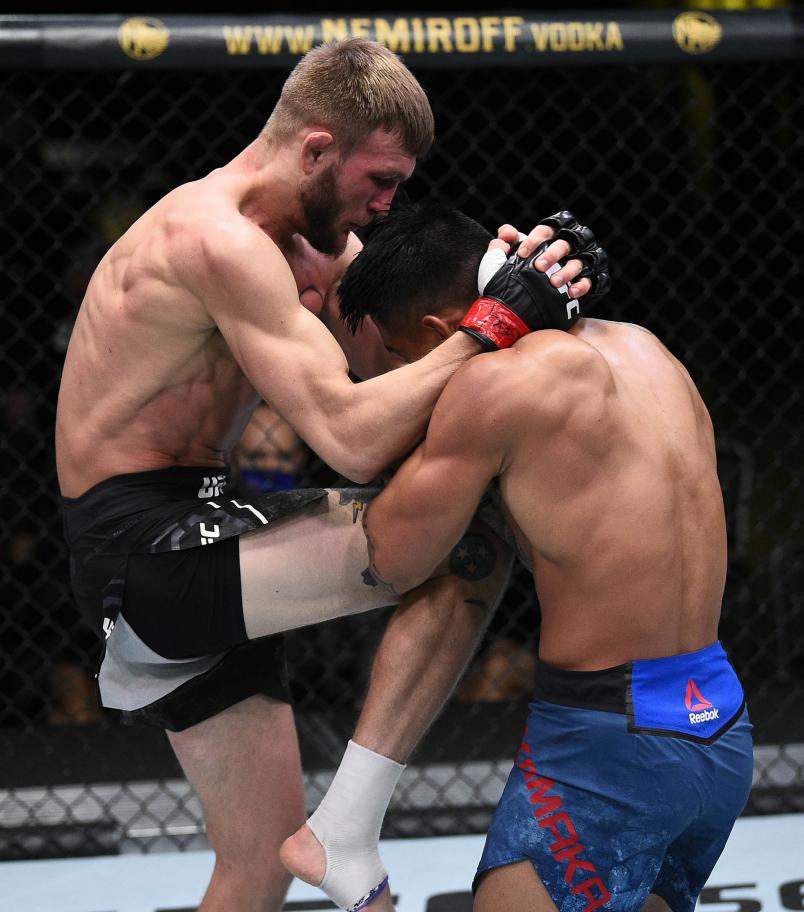 Jonathan Pearce lands a knee to the body of Kai Kamaka in their featherweight bout during the UFC Fight Night at UFC APEX on November 28, 2020 in Las Vegas, Nevada. (Photo by Chris Unger/Zuffa LLC)

“It's just another May 1st, but in the same sense, it is the best day of my life,” Pearce said. “I'm an optimistic person and I'm happy about living and doing this, but I also know that I've got my work cut out for me. Just because I won (against Kamaka), I'm not quite there yet. The rent is due every day and you gotta pay it, and if you don't, then then the game will catch up to you.”

Call that the words of a man who knows where he’s going, through good times or bad.

“If you don't suffer for what you love, then you'll never receive that gift that you're reaching for,” he said. “You gotta work hard, stay dedicated and keep moving forward.”