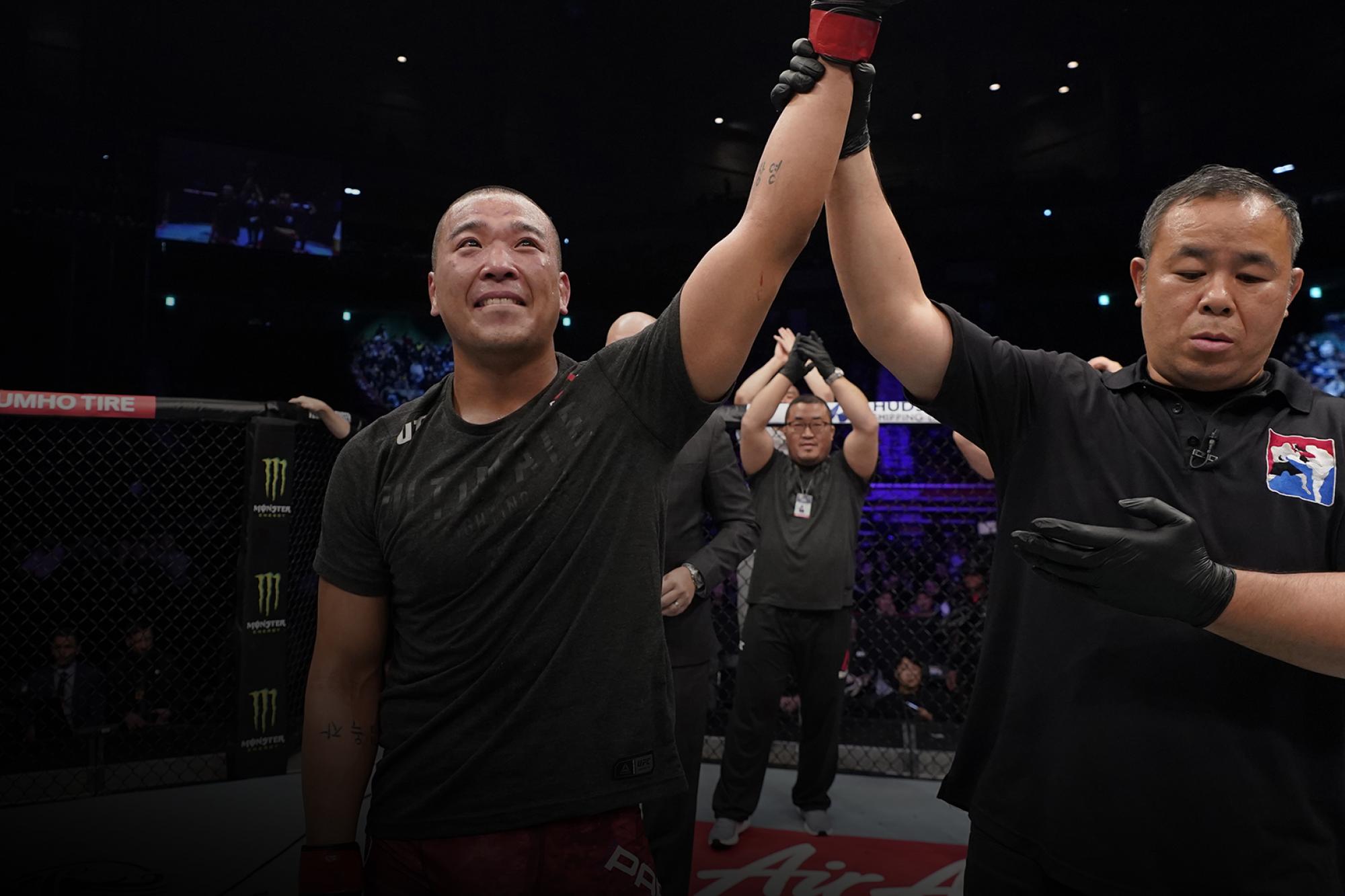 After Back-To-Back Victories, Junyong Park Is Ready For His Next Challenge At UFC Fight Night: Rodriguez Vs. Waterson
By Steve Latrell, on Twitter @TheUFSteve • May. 7, 2021

Junyong Park’s opponent this Saturday at UFC Fight Night: Rodriguez vs Waterson is finishing specialist Tafon Nchukwi. The up-and-coming middleweight has been telling anyone who will listen this week that he’ll be the first man to KO Park.

“So scary,” says Park before he explodes in uproarious laughter. “He won't knock me out because I'm ‘The Iron Turtle’ and he won't be able to get past my shell.”

When it comes to animal associations in martial arts, there are a ton of snakes, tigers and dragons, but generally the only turtles that come to mind are Leonardo, Michelangelo, Donatello and Raphael.

“At first I was ‘The Ninja Turtle,’” he explains. “But after I got to the UFC, I wanted to change my name. My translator suggested The Iron Turtle because Korea had the first iron-clad warship called the turtle ship and we thought it would be a fun way to weave my nickname and Korean culture and history together.” 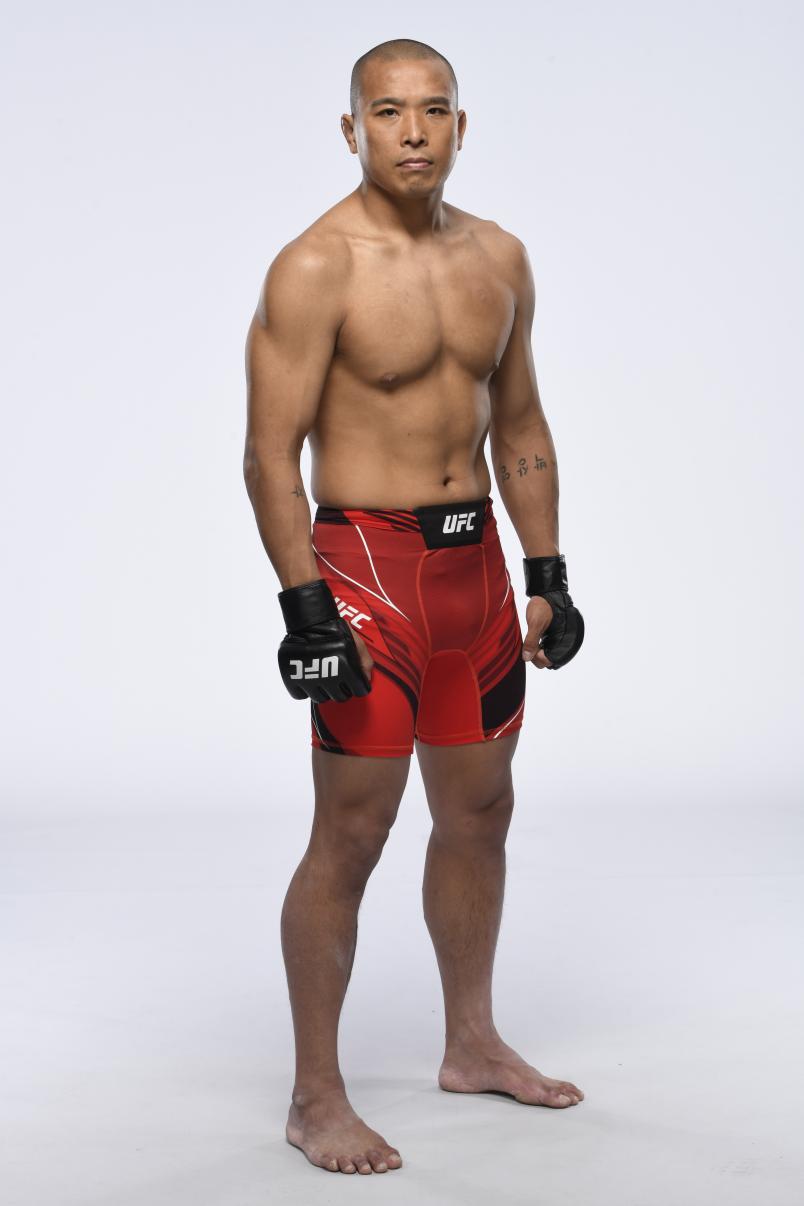 Park Junyong poses for a portrait during a UFC photo session on May 5, 2021 in Las Vegas, Nevada. (Photo by Mike Roach/Zuffa LLC)

Fun, yes, and also appropriate. Park is an absolute tank of a human being.  Of the four losses he’s suffered as a pro dating back to 2013, none of them have come at the end of his opponent’s fists. His 12 wins paint a picture of a fighter who can end a fight in any way he needs to.

After stumbling out of the gates in his 2019 UFC debut, Park has strung together two consecutive wins over Marc-Andre Barriault and John Phillips, both on cards that featured his countryman Chan Sung Jung as the headliner. The atmospheres couldn’t have been more different, though. The first UFC victory came in front of a roaring sold-out home crowd in Busan, South Korea. The second in the much quieter, fan-free confines of UFC Fight Island last October.

“I was so grateful for the fans at home cheering me on during the John Philips fight. I was also grateful to the UFC for putting on fights during the pandemic and I hope they come back to Korea soon. I definitely miss the cheering fans but it's nice to be able to hear my corner clearly,” he laughs.

For his first visit to the United States, Park will have to forego the crowd at least once more when he goes to war at the UFC APEX in Las Vegas. But being able to hear your coaches against an undefeated knockout artist like Nchukwi can only be a good thing. 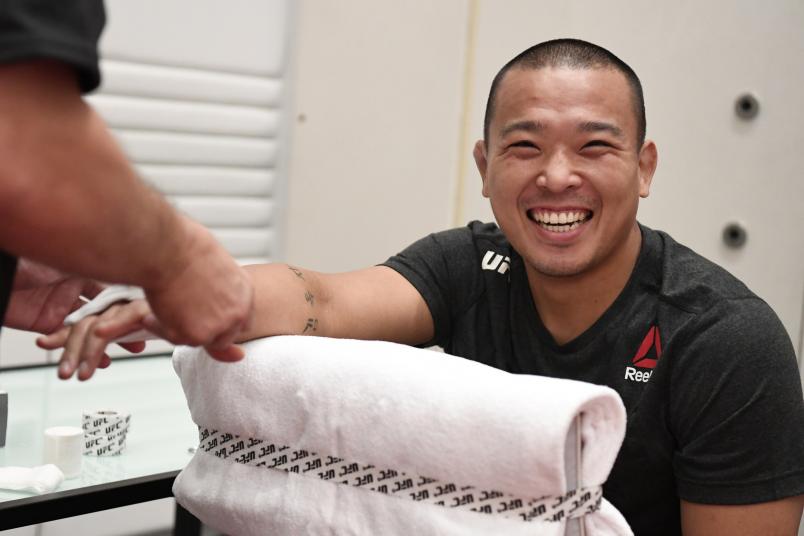 While many fighters the world over had to retool and reimagine their training during the global pandemic of the past year, such was not the case for Park’s team.

“It's been the same. I train every day with my team Korean Top Team and we've been training like nothing changed.”

That has led to a little restlessness for Park. Being ready to fight but not being able to travel freely has felt like being all dressed up with no place to go. And although he knows how to keep himself entertained (“I love soccer! You can catch me on the pitch every Sunday.”), he hopes to make up for lost time in his 2021 campaign.

“I want to fight as often as possible! Please make it happen, UFC!”

With a three-fight win streak in the notoriously tough 185-pound division, the UFC might not have much choice.