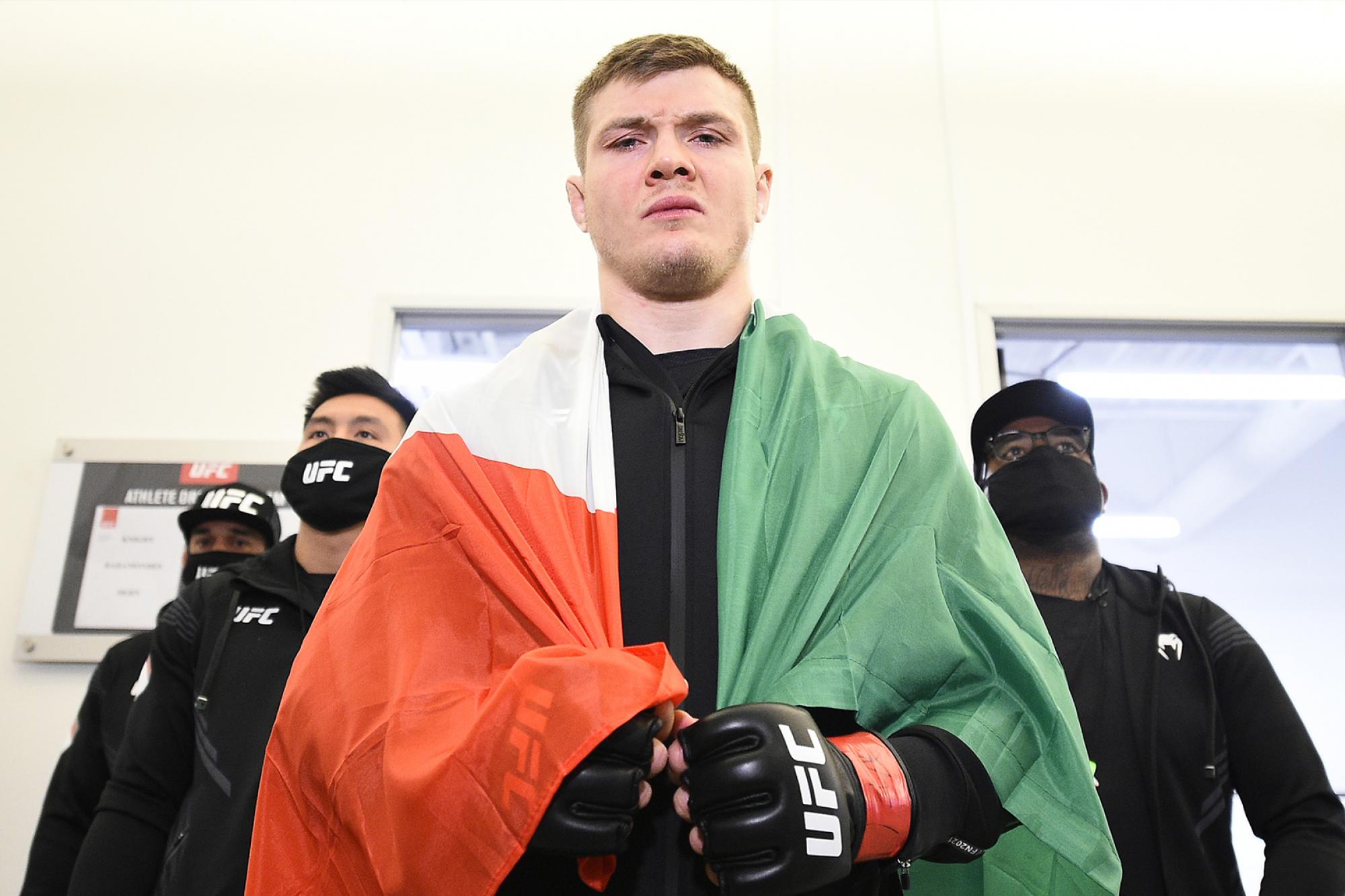 Kings MMA Head Coach Rafael Cordeiro Discusses The Mindset Of Marvin Vettori As He Prepares To Challenge Israel Adesanya For The UFC Middleweight Title At UFC 263.
By GAVIN PORTER, ON TWITTER: @PORTERUFCNEWS • Jun. 9, 2021

On Saturday, June 12, Marvin Vettori will get a second crack at beating Israel Adesanya at UFC 263.

Coincidentally, the bout will be in the same arena where the two middleweights met back in 2018, but the second time around, much more will be on the line. This time, the winner will leave the Octagon inside Gila River Arena as the undisputed UFC middleweight champion of the world.

Having UFC gold around his waist has been Vettori’s only goal since entering the UFC in 2016. Since his split decision loss to Adesanya, “The Italian Dream” has won five in a row and worked his way into a rematch with the middleweight champ.

Vettori’s head coach at Kings MMA, master Rafael Cordeiro, believes Vettori’s mental fortitude will be the X-factor that gives him the edge in a fight that he expects to be an “absolute war.”

“Nobody has the desire that Marvin has,” Cordeiro told UFC.com. “No one works like Marvin. He’s always felt like he had something to prove since he came to Kings MMA from Italy. He wants to be the first Italian UFC champion and he’s worked to make that happen. He’s always been different and that’s why he will become the UFC middleweight champion.”

Over the last seven years Cordeiro has seen Vettori’s growth, not only as a fighter but as a person. He’s watched the 27-year-old go through some growing pains early in his UFC career and bounce back stronger than ever. Cordeiro mainly attributes Vettori’s success to his insatiable appetite to become the best and his warrior spirit.

“As a coach and as a professor I’m truly blessed to have Marvin by my side. He is a young OG, he has the talk, and he knows how to fight, and he has no fear,” Cordeiro said of Vettori. “Guys like him make my job super easy. Everything I tell Marvin, he believes. He goes inside the Octagon to kill or die and that’s why he’s going to beat Adesanya.”

Cordeiro doesn’t put too much stock into the first matchup between Vettori and Adesanya. He knows that the two have evolved plenty since that bout and he admires what “The Last Stylebender” has done since the two first crossed paths.

“Adesanya is the champion right now. He’s the best in the division until he fights Marvin on Saturday. He is very good, but everyone has holes,” Cordeiro said of Adesanya. “This time we will have the keys to beating him. We can’t wait, we are going to beat him, and we are going to leave no doubt.”

Considering the fact that their last fight was left in the hands of the judges, Cordeiro is hopeful that his pupil can take care of business inside the distance but, if not, he just would like Vettori to be dominant in victory. Being dominant is a point of emphasis for Cordeiro. He would like Vettori to send a message with his performance and it doesn’t matter how he does it.

“The belt is the most important thing; we don’t care about how Marvin gets it,” Cordeiro said. “Marvin is going to throw more punches, hit him with more kicks, be more well-rounded and be the better fighter. We know how the champ fights and Marvin is going to disrupt that, be dominant and become the champion.”

“I can see the fire in Marvin’s eyes and that’s why I believe he will become champion. He already believes he’s the champion and now all he has to do is go out and do it on Saturday.”

Make sure you tune into UFC 263, exclusively on PPV, to watch the high stakes rematch between Israel Adesanya and Marvin Vettori. The PPV main card begins at 10pm ET / 7pm PT.