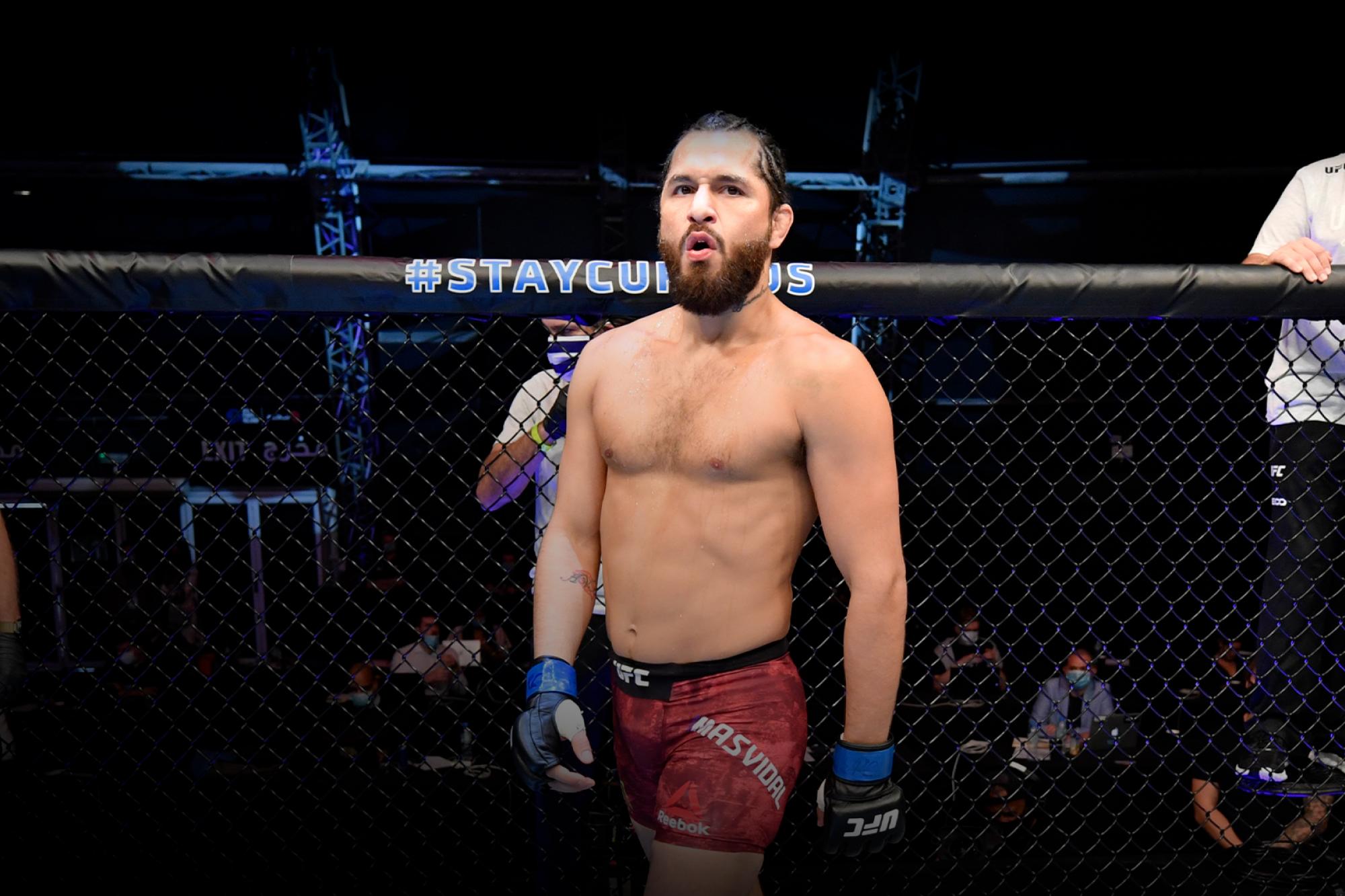 Longtime American Top Team coach Mike Brown, Absent From Jorge Masvidal's Corner At UFC 251 Last July, Reflects On Working With 'Gamebred' Over The Past Decade Ahead Of UFC 261
By Gavin Porter, on Twitter @PoterUFCnews • Apr. 22, 2021

When Jorge Masvidal accepted the opportunity to fight Kamaru Usman on six days’ notice last summer, he knew just how many obstacles were standing in his way.

Another hurdle that Masvidal faced at UFC 251 was the absence of longtime American Top Team coach Mike Brown, who wasn’t able to make the trip with Masvidal to Abu Dhabi and be in his corner due to COVID-19 protocols.

All these things had Masvidal’s back against the wall, but he didn’t care.

Even though Masvidal would go on to lose a unanimous decision to Usman, he left UFC Fight Island with his head held high. This wasn’t going to be the end of his championship dreams and it definitely wouldn’t be the last time he would face Usman.

“Jorge is as mentally as tough as they come; his mind is one of his best attributes and it was positive after fighting Usman,” Brown told UFC.com. “He knows what went wrong out there and he felt what Usman has and he knows what he is capable of. It gave him confidence. He knows that if he was prepared that he would win.”

On Saturday, Masvidal gets his second shot at Usman as the two headline yet another UFC PPV event. And this time, everything is different. 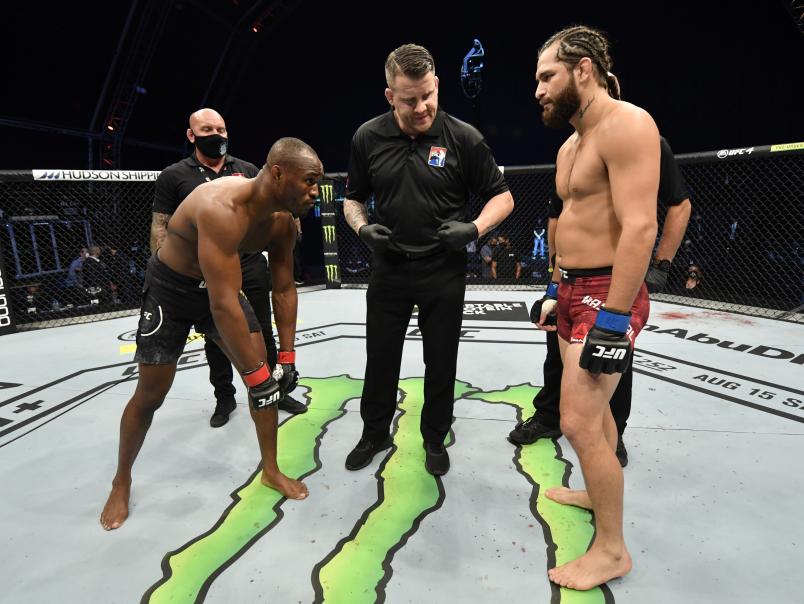 Kamaru Usman of Nigeria and Jorge Masvidal face off prior to their UFC welterweight championship fight during the UFC 251 event at Flash Forum on UFC Fight Island on July 12, 2020 on Yas Island, Abu Dhabi, United Arab Emirates. (Photo by Jeff Bottari/Zuff

“This time, Jorge is prepared properly and will be able to execute those techniques and weapons he has in his arsenal,” Brown said of the ATT superstar. “He doesn’t have a crazy dramatic weight cut, he’s in tremendous shape and peaking and ready for battle. Jorge has more weapons and skills than anyone in this sport. He has the highest Fight IQ out of anyone in this sport and this time he will be able to use all of those talents. That’s why he will be the champion.”

Brown’s confidence in Masvidal has been built from working with the Floridian for over a decade. He’s seen him go through ups and downs, and he was devastated that he wasn’t able to be in his corner for the first fight with Usman.

“It was heartbreaking,” Brown said. “I wanted to be there for him and to help him in every way I could and give him the best chance at winning that fight. He has trained his whole life for that. Now we get another chance to make it right and, this time, we have Jorge in peak fight shape.”

Peak fight shape Masvidal delivered an incredible knockout of Darren Till, recorded the fastest knockout in UFC history by landing a jaw-dropping flying knee on Ben Askren, and cruised to an impressive victory over Nate Diaz to capture the BMF belt. That is the fighter that Brown expects to step into the Octagon at UFC 261.

“Jorge has a number of weapons and devastating techniques that he pairs with his unpredictability. He’s the most skilled guy I’ve worked with and now that he’s not focused on all the other obstacles, he will just get to be himself in there,” Brown said. “That’s the Jorge that people love, and the Jorge people will get.”

Brown will be standing proud in Masvidal’s corner at UFC 261, getting his shot at helping his fighter capture the UFC welterweight belt. A win over Usman would be the cherry on top for Masvidal, who has become one of the biggest stars in MMA.

“He has always had a ton of respect from athletes and coaches because he is such game fighter, someone who was literally fighting on the streets,” said Brown. “You don’t get more game than Masvidal. There has always been tons of respect there, but it’s great to see him breaking records and getting this spotlight. The last few years he has really broken through and become one of the biggest stars in the sport. They created a BMF title for him and he just really shines in these types of situations.

“The dude is a legend in the sport. He is beloved all the way from fighters and coaches and now to the casual fans. It’s a beautiful story.”

Make sure you order UFC 261 on PPV to watch Masvidal take on Usman. The PPV main card begins at 10pm ET / 7pm PT.