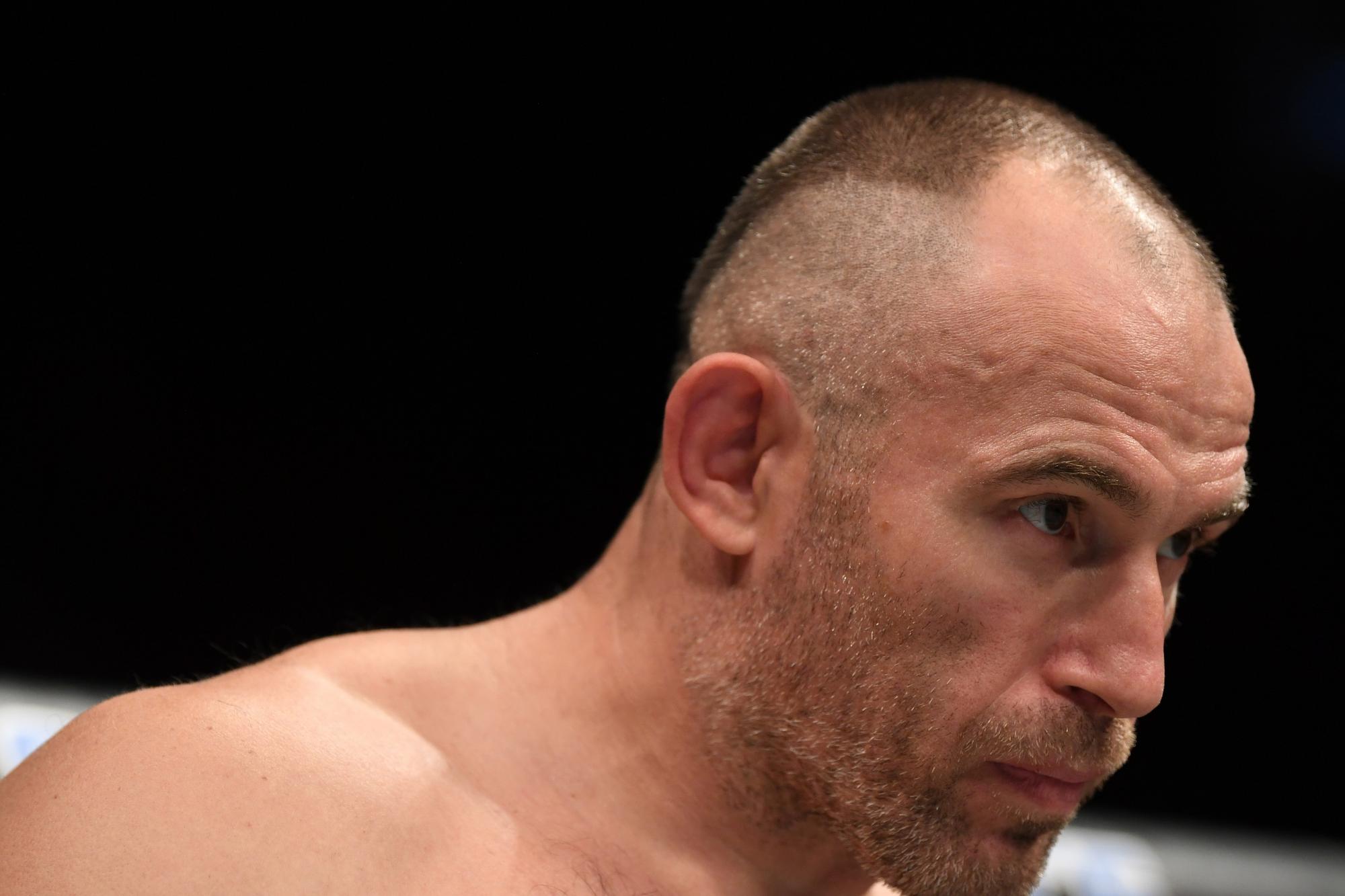 Oleinik Honored To Fight With The World's Most Dangerous

“I’m very appreciative and honored to be a part of the UFC, honored to face great opponents, honored to work with my coaches. It’s the best of the best and I thank God that I can do it.”
By E. Spencer Kyte, on Twitter @SpencerKyte • Jan. 13, 2020

Midway through the UFC 246 pay-per-view main card on Saturday night at T-Mobile Arena in Las Vegas, Aleksei Oleinik will make the walk to the cage for the 72nd time in his career.

Calling the 42-year-old a veteran doesn’t quite seem to do justice to the amount of experience Oleinik has accrued in a career that spans three decades and includes one year, 2008, where he fought as many times between April and October, inclusive, as his opponent this weekend, Maurice Greene, has in his entire career to date.

So what is it that motivates the submission specialist to continue stepping into the cage?

“I do this better than everything else,” said Oleinik, who enters Saturday’s showdown with Greene with a 57-13-1 record overall and a 6-4 mark inside the UFC cage.

While the comment was somewhat tongue in cheek and plenty of people make light of their professional pursuits by suggesting that can’t do anything else particularly well, this isn’t the same as someone spending years waiting tables because their acting career never got off the ground.

At an age when many of his contemporaries have already called it quits and moved on to the next phase of their personal and professional lives, Oleinik remains a Top 15 fighter in the UFC heavyweight division, a fact that brings him a great deal of pride.

Whenever an athlete has enjoyed a long and productive career, one thing observers and media members often focus in on during those latter years are the records and milestones that appear on the horizon. In Oleinik’s case, there are a few obvious markers that seem within reach.

As previously mentioned, his bout with Greene on Saturday night with be the 72nd fight of his career, so reaching 75 appearances seems like a sure thing and given that his response to questions about retirement was “I can’t not fight,” there is an outside chance that Oleinik will reach the century mark before it’s all said and done. 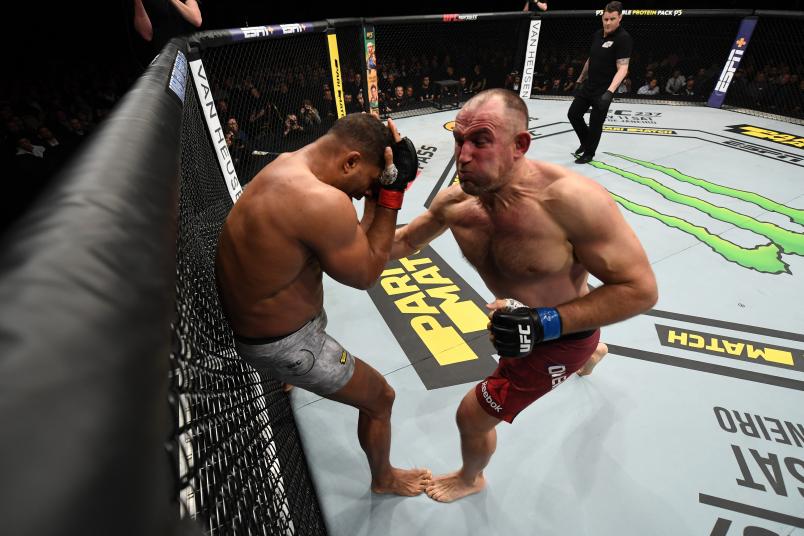 Despite arriving in Las Vegas on a two-fight slide — which is, incidentally, just the second time in 71 fights that he’s suffered back-to-back losses — Oleinik is also only three victories away from registering 60 wins and five submissions shy of reaching 50 submission finishes for his career, both of which seem attainable for the standout grappler.

While those may be benchmarks that people look at and think about, as the seasoned veteran readies to make the trek to the cage once again, Oleinik doesn’t pay them any mind.

“No, I don’t have any targets like this,” he said when asked about potential milestones he’s chasing. “I only need to win, no matter how it happens — by knockout, by submission, or by decision. I need to win every time; this fight and every fight after.”

Standing between Oleinik and a positive start to his 2020 campaign on Saturday night is Greene, a semifinalist on Season 28 of The Ultimate Fighter who earned three straight victories to begin his UFC career before landing on the wrong side of the results in a meeting with Sergey Pavlovich back in October.

The towering six-foot-seven heavyweight hopeful, who finished his camp working with coach Marc Montoya and the team at Factory X Muay Thai, carries a number of advantages into the cage this weekend, all of which contribute to why Oleinik is so excited for the matchup.

“He’s very strong, he’s bigger than me and he’s younger,” he said of Greene, who is five inches taller than Oleinik, but will only have a two-inch reach advantage. “He might be more hungry than me too, but I’m more experienced.

“I think this is a cool fight because he’s a young guy, I’m not so young and this is an experienced fighter versus someone young and powerful,” he added.

It’s also another opportunity for the Russian veteran to continue doing what he does better than anything else and prove once again that he is still one of the best heavyweight mixed martial artists in the world.