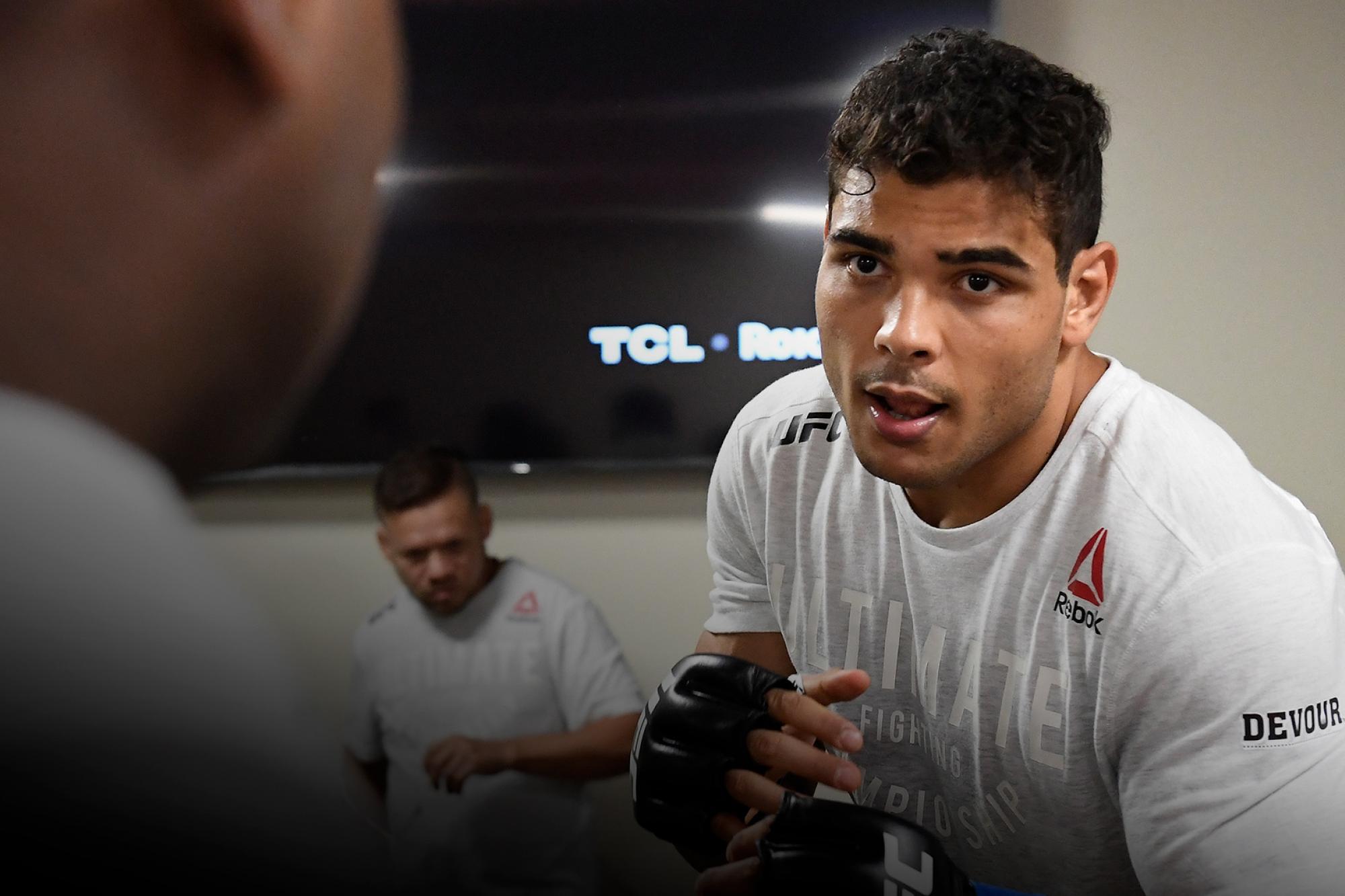 Paulo Costa Believes He Was Born To Fight

Early in Paulo Costa's career, the Brazilian knew he could become champion one day.
By Thomas Gerbasi, on Twitter @tgerbasi • Sep. 24, 2020

For many fighters, it’s a cardinal sin. Don’t let emotions – good or bad - seep into the task at hand, which is winning the fight.

And if there’s been any fight with a lot of emotion attached to it, it’s Saturday’s UFC 253 main event between middleweight champion Israel Adesanya and number two-ranked contender Paulo Costa. For months, the two have jawed at each other, each promising to be the one emerging victorious on Fight Island.

Even when the two have been civil, it’s been intense. And the 29-year-old Costa promises nothing will change when the two throw hands in the Octagon. He’s keeping that energy high.

“I think the emotions can be good and I can handle them very well,” he said. “I like that. It makes me more excited for training, more excited to go inside the cage to do my job. I love this energy and the emotions are very positive for me.”

Before he gets his first shot at the UFC middleweight title, check out Paulo Costa's best finishes so far.

It’s worked so far, to the tune of a perfect 13-0 pro MMA record that includes 12 finishes. Even in his one distance bout, he delivered a Fight of the Night win over Yoel Romero, eagerly wading into exchanges with one of the most dangerous middleweights in the world. And why not, because that “most dangerous” tag can certainly be applied to Minas Gerais’ “Eraser,” making him a fighter who can quickly graduate to superstar level should he dethrone Adesanya.

That possibility has already garnered Costa copious amounts of media attention, and while he’s enjoying it in the lead-up to UFC 253, he is also aware that things might get a little more hectic if he’s got the words “world champion” next to his name.

“It's not any big trouble,” said Costa, his English rapidly improving with each fight. “It's part of the game, part of my work and I'm glad to do all this stuff. I can enjoy and appreciate that. I have fun doing all this. For now, it's good. It's not too much. But I can imagine after this fight it might go a little bit crazy.”

He laughs, knowing that having some more pulls on his time for being the best middleweight in the world is a good problem to have, especially since it goes along with being only the 16th Brazilian to hold a UFC world title since the promotion began divisional championships in 1997. That’s an important distinction for Costa, who believes fighting is in the DNA of those from his nation.

“Brazil has always been one of the great countries for this sport,” he said. “We basically created this sport and I think MMA and vale tudo is in our blood. We have all this energy to face another guy and fight in the cage or the ring. To me, this (winning the title) represents bringing my country to another level and taking it to the best position on the podium.”

Should he leave Fight Island with a belt, it would be the culmination of what looks like a rapid rise, but instead began in earnest eight years ago when he made his pro debut with a first-round knockout of Teo Esteves. At the time, Costa was supplementing his training with jobs in IT and even as a realtor, clearly talented with the gloves on, but not able to make it a full-time gig.

“I did that job selling houses and selling apartments because I at that time I needed to do that to get some money,” he said. “I knew that wasn't something I wanted to do my whole life. I was a fighter.”

Around his eighth fight, a knockout of Adriano Balby de Araujo, Costa knew that he was going to not just fight full-time, but that he had the goods to become a champion. He had already competed on The Ultimate Fighter Brazil 3, losing a split decision to Marcio Alexandre Junior in the quarterfinals in 2014, but it was in his four fights post-TUF Brazil that the world saw his potential. And after beating Araujo, he got his call to the UFC.

“When I was training here in Brazil before I was part of the UFC, in my eighth fight, I realized I had all the skills that a champion needed to have,” he said. “This was four years ago. And I realized also I was young and I was very, very strong, so all this stuff made me know I could be a world champion with some more fights. I came to the UFC, I felt all this energy, saw all the people, all the crowd, and I made sure that this was my place. I was born to do this. That's why I put a hundred percent of my energy into this sport and this career.”

Heading into the biggest fight of his career, Costa is 5-0 with the decision over Romero and knockouts over Garreth McLellan, Oluwale Bamgbose, Johny Hendricks and Uriah Hall. He’s got the power, the style, the skill, the look and the charisma to achieve everything he wants to. He’s even convinced his mother that this is a career now, and one that could prove to be a big one.

Costa laughs, and I ask him if mom is going to get to keep the belt at her house if he wins it this weekend. That’s a nice thought, but Costa has different plans that include his family as well as everyone else who has been in his corner during this journey to Fight Island.

“She's a big part of this project and I'm thankful to her for all her support when I was a kid,” he said. “She helped me a lot but I think I will give the belt to everybody who has been part of this. Not just my mother, but a lot of people - my coach, my training partners, my friends. All these people have been a big part of this.”