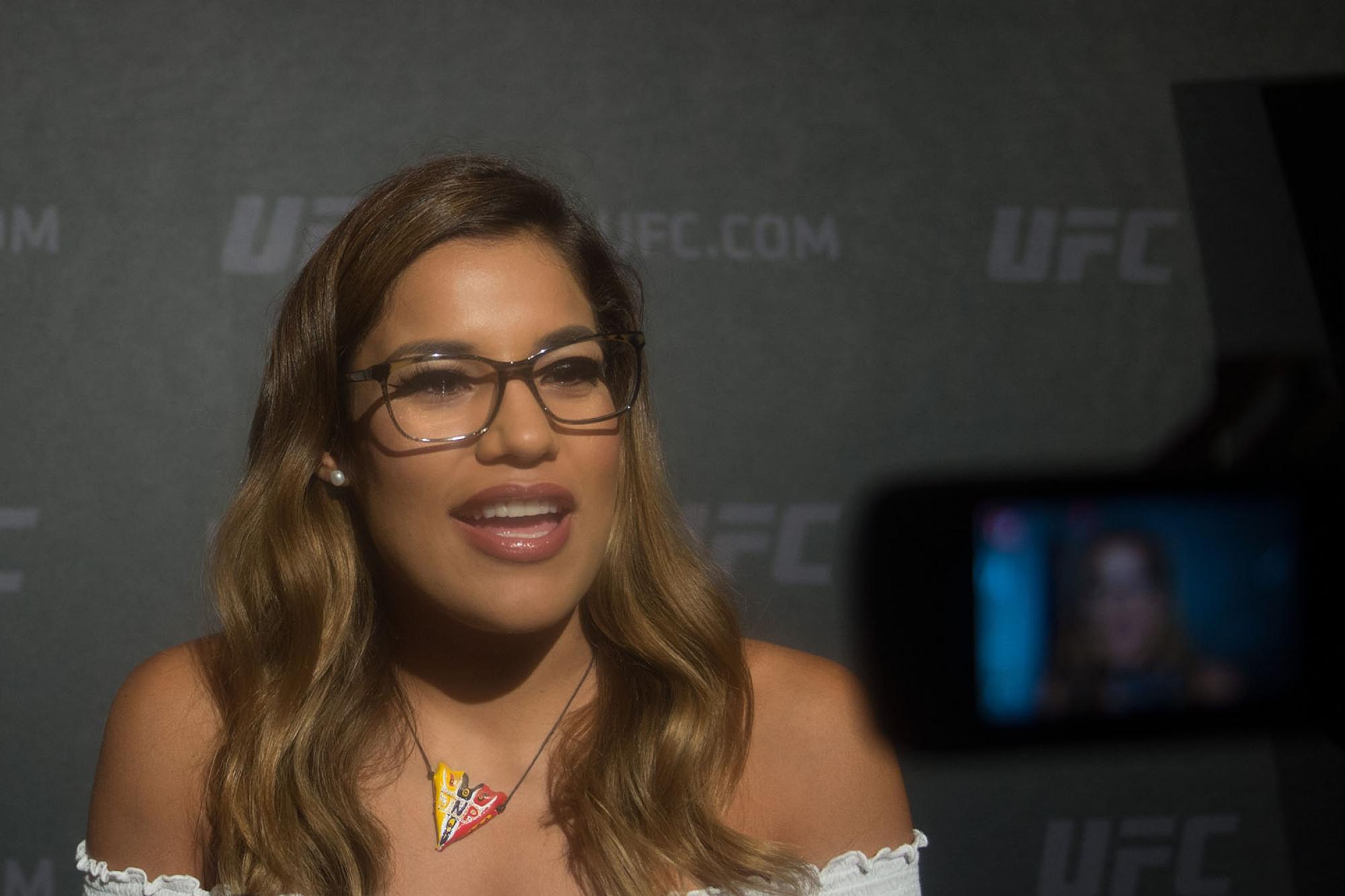 "Fighting is what truly makes me feel alive. Fighting gives me that rush, it brings me so much happiness, and I've still got that competitive edge where I feel like, all right, let's go toe to toe, let's see what you got."
By Thomas Gerbasi • Jul. 12, 2019

As she’s been fond of saying throughout her MMA career, Julianna Pena wanted to get into a fistfight. And after two years away from the sport, as she gave birth to and raised her daughter Isabella, it was that time again.

So out went the call to the UFC, but there was nothing available on the schedule at the moment. No problem.

“I said, ‘Well, I'm ready to go, so if anything falls through, just let me know,’” Pena recalled. “And two days later, something fell through, so it ended up being perfect.”

That something was the UFC Sacramento fight between Sara McMann and Nicco Montano. And when McMann was forced out due to injury, Pena got the call, and despite having just a few weeks to prepare, she was all-in. In fact, the short notice may have been a blessing in disguise.

“I think in the past, dwelling on a fight for three months is a lot for me where you're just thinking about it non-stop and it’s constantly on the brain,” she said. “The fight never leaves you. In this case, I feel like I don't have as much pressure. I don't have all this time to be selfish for three months and chop off everybody's head. (Laughs) It's more like you've got three weeks and you've just gotta get it done and make it work. That's been a positive benefit for me because in the past, I lose sleep for three months just thinking about it, and in this case, I've been sleeping like a baby. So I'm actually real happy about the fact that I haven't got to dwell on it for three months.”

But is baby Isabella, who will be 18 months old later this month, sleeping like a baby? 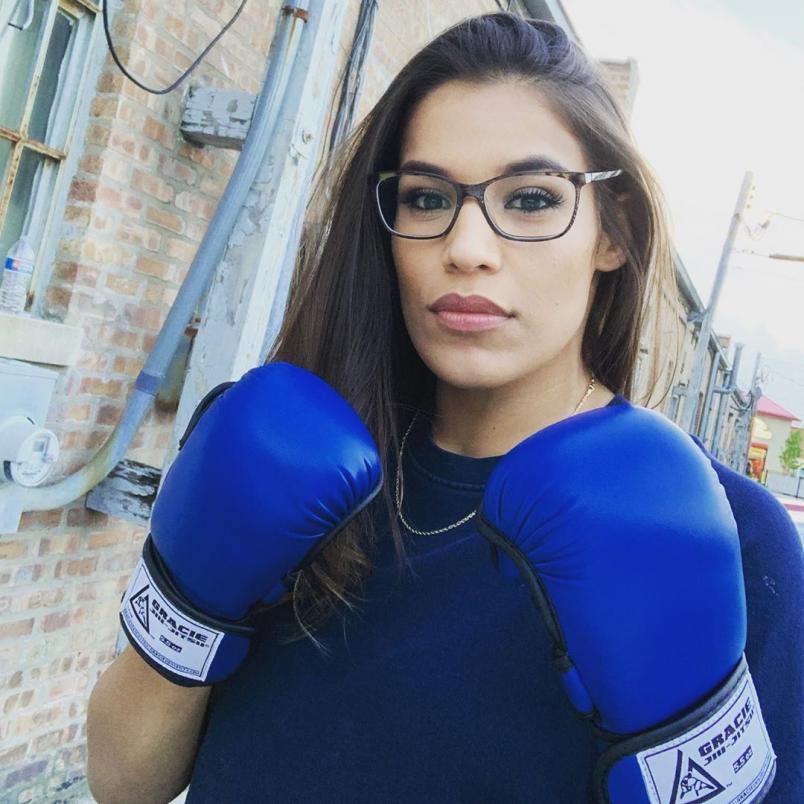 Catch Julianna this Saturday at UFC Sacramento, only on ESPN+

“The baby's sleeping like a baby - she's an angel,” laughs Pena. “It's such a blessing. Other people would always talk about how much they loved their kids, and if you don't have kids you kind of just roll your eyes and you're like, whatever. But now that I've had a kid, I really, truly believe that she's the most beautiful baby in the world and she's the greatest thing that ever happened. She's so perfect and I literally thank God every single day because I look at her and I'm just like, I love you so much. What was I doing before I became a mother? It’s almost like a part of me feels complete in a sense. It's such a beautiful thing.”

Isabella even has her own Instagram page (@BabyIsaCruz) which mommy wanted to let the world know about, and she’s been at every practice on the lead-up to Saturday’s bout in Sacramento. And while it’s early, it has to be asked…what would mom think if Isabella wanted to become a fighter one day?

“The answer is absolutely not,” laughs Pena without hesitation. Then, upon further reflection, she says, “Honestly, this is the real answer - if she is a hundred and ten percent passionate about MMA like I was when I first found the sport and she puts in her all into pursuing the sport and it truly makes her happy, like it did me, then by all means go ahead and fight...I guess.

“All I want and all I care about is that she's happy,” Pena continues. “I don't care if she's a doctor, I don't care what she does as long as she's happy. And if she's truly passionate about the sport and I see that she's very dedicated and disciplined and she's giving it her all, then I'll support her and I'll be okay with her fighting. But if I see that she doesn't take it that seriously and it's just some sort of hobby, I wouldn't support it because I know the dangers of the sport. I've blown out both my knees, I've dislocated both my elbows, I've hurt many body parts and everyone always tells me, ‘Oh, just wait 'til you're 50, you're really gonna be feeling it.’ And I'm barely going to be turning 30 years old in August and I already feel it now.” 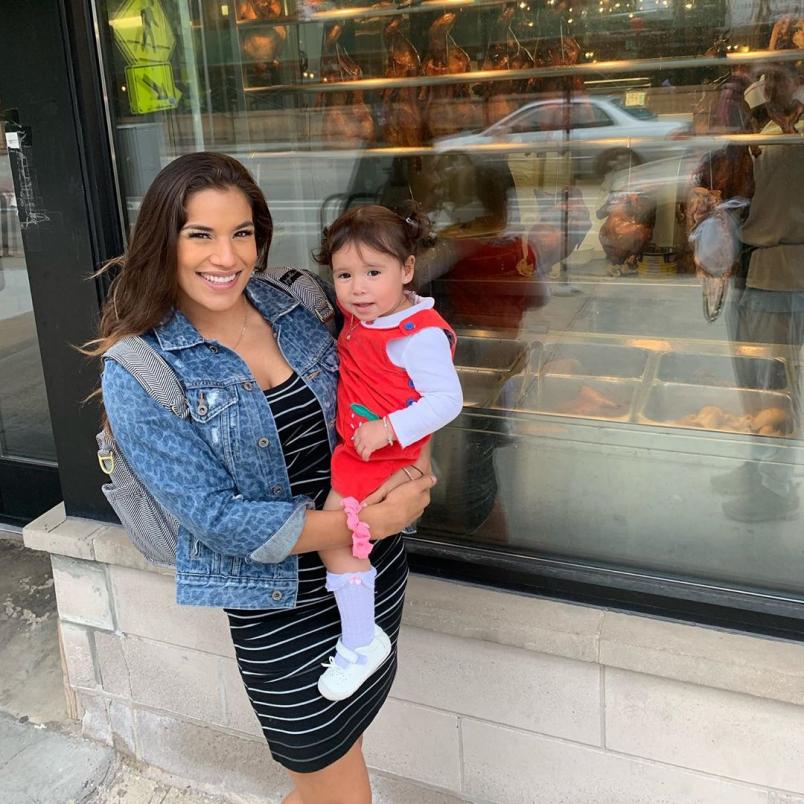 But here she is, more than two years removed from her January 2017 loss to Valentina Shevchenko, a bout that snapped a five-fight winning streak and likely kept her from a bantamweight title shot. She doesn’t plan on making the same mistakes again,

“I got mixed up in the fight with Valentina,” Pena said. “It wasn't the right timing for me and I overcompensated by talking s**t about Valentina, by running my mouth about fighting for the belt and I wasn't focused on the task at hand. Right now, the task at hand is Nicco Montano and that's all I'm focused on. I'm not worried about a belt right now, I'm just worried about getting my hand raised, getting back in the win column and that's all I care about.”

She will hear those questions about her future and the belt, though, and she knows it, especially with the division fairly wide open when it comes to contenders for Amanda Nunes’ crown. There’s Saturday’s headliners – Germaine de Randamie and Aspen Ladd, Brazil’s Ketlen Vieira, and…yeah, there’s an opening for a compelling figure like Pena to make her move.

“I've been thinking that for a long time,” she said. “When I got pregnant, I was like, they're gonna need me. And as time has gone by, I noticed that yeah, the division is very lonesome without me. (Laughs) That sounds cocky and I'm not trying to be cocky, I just think that the only reason why I say that they need me is that on a constant, daily basis for the last year and a half, two years, all of the fans have been down my throat constantly, begging me to please come back. I guess I give life to the division and I will gladly wear that hat.” 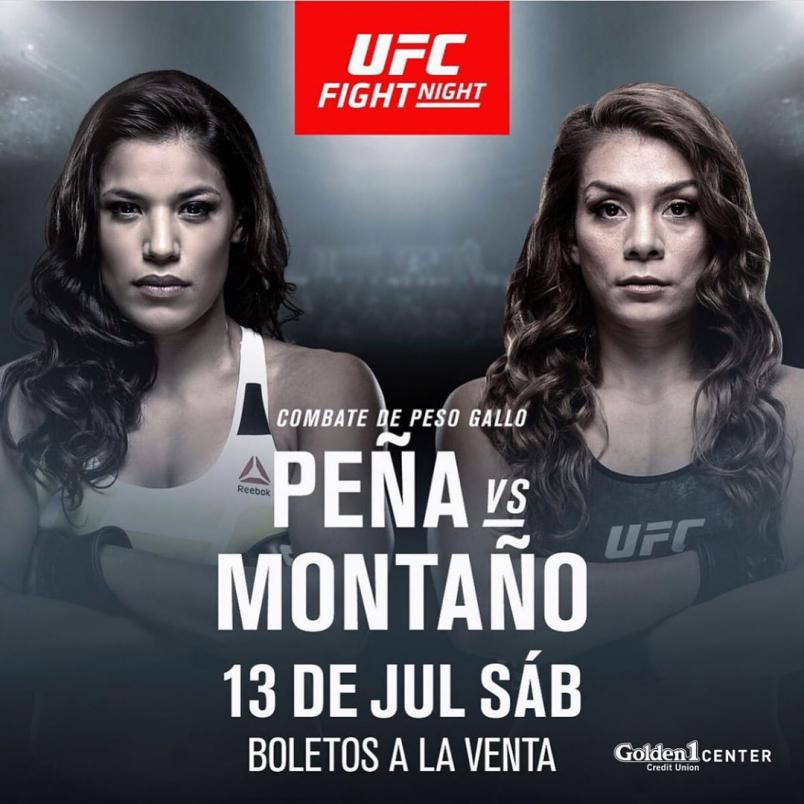 It is a perfect time for Pena’s return, but it’s also something you may assume she doesn’t need. She’s got a nice commentating gig with the Combate Americas promotion, and you get the impression that whatever she took a stab at, she would be successful. So why this, why now?

“This is gonna sound a little cliché but I just feel like I was born for this,” Pena said. “I was born for this kind of life. I'm a fighter, through and through, a hundred percent. I've got heart and that's something you can't teach and it's something that's innate in me. I'm as much of a fighter as you can get and it's the only thing I know. Yeah, I know how to commentate, I've got the gift of gab and I can talk to a rock all day. (Laughs) But, at the end of the day, fighting is what truly makes me feel alive. Fighting gives me that rush, it brings me so much happiness, and I've still got that competitive edge where I feel like, all right, let's go toe to toe, let's see what you got and what I got and may the best fighter win. It's that thrill of competing that keeps me alive and it keeps me fresh and it's something I truly enjoy. Fighting is the thing that makes me the happiest.”

On Saturday, Julianna Pena is going to be happy.

“Feeling that canvas underneath your feet and waiting for that cage door to close, everything's already done and the only thing left to do is say ‘go.’ That's the part that I missed the most.”