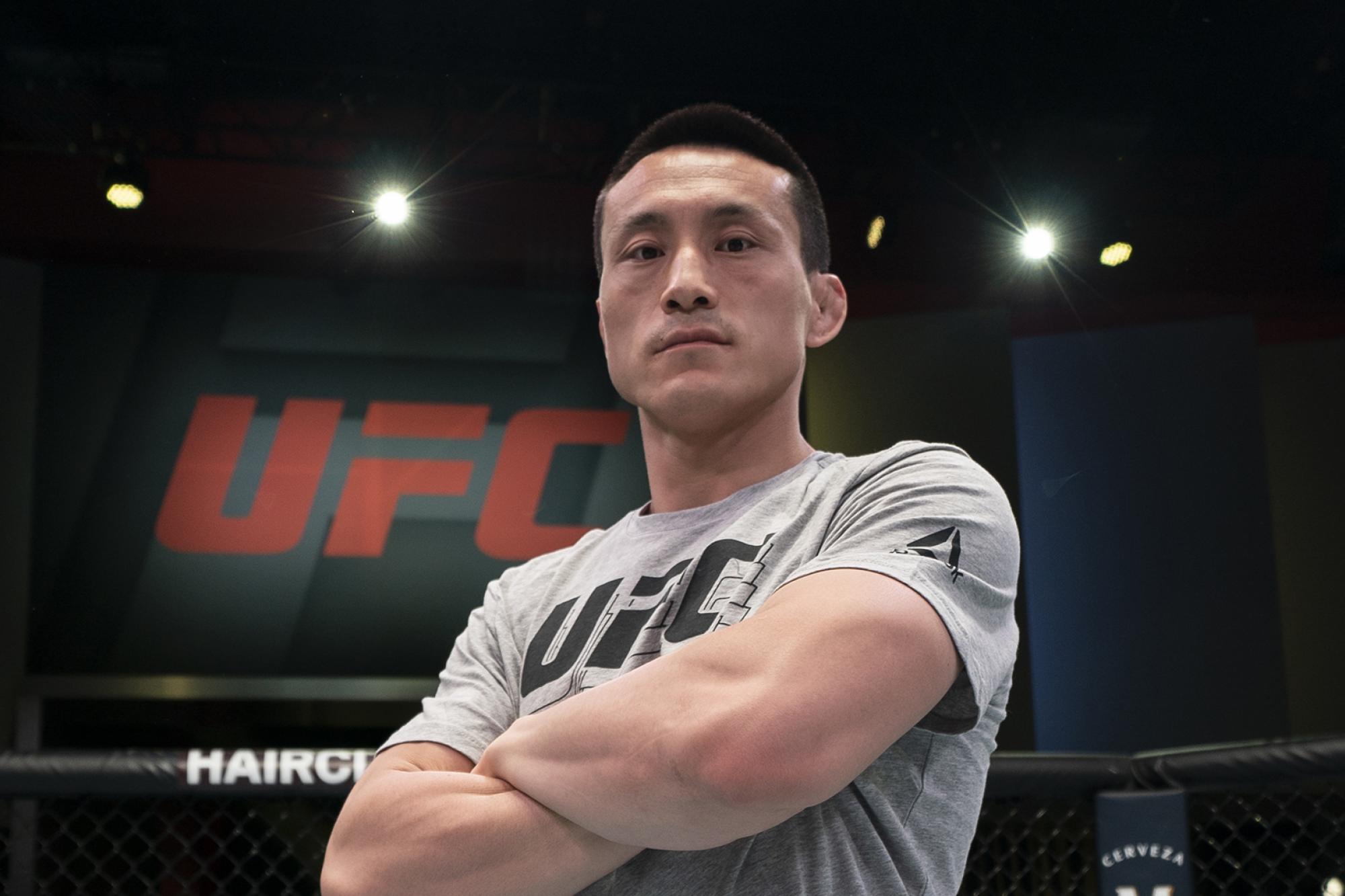 The Power Of Song Kenan Returns

Chinese Striker Back To Remind The Welterweights He's Not Going Anywhere
By Steve Latrell, on Twitter: @TheUFSteve • Mar. 18, 2021

“I’m so glad to be back. I miss the Octagon,” says Song Kenan as he looks around the UFC APEX. It will be his first tilt without a live crowd in attendance, and with any luck, perhaps his last.

The welterweight division has had a wild ride in the 13 months since Song last fought, and he has observed it all with a keen eye. He describes champion Kamaru Usman as one of the most dominant ever and watching the soap opera unfold in the top ten only strengthens his resolve to get into the mix.

“Next time I hope to get a ranked fighter,” he admits. “If I can beat Max Griffin, I want some of the higher-level fighters.”

This isn’t a knock on Griffin, a dangerous opponent he takes very seriously. In fact, speaking with Song is a bit like speaking to a super-spy character from a movie: a potent mix of genteel respect and steely confidence that more than fits his nickname, “The Assassin.” 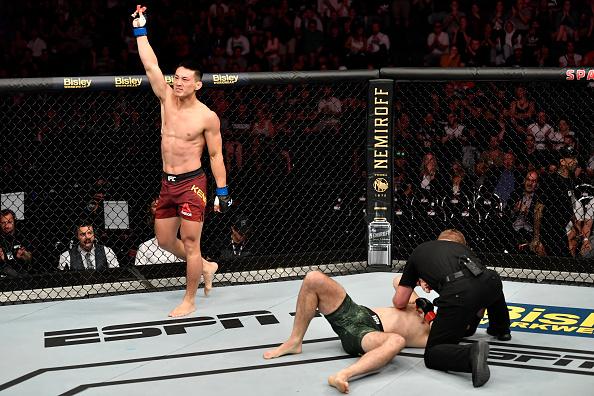 Song Kenan of China celebrates after his victory over Callan Potter of Australia in their welterweight bout during the UFC Fight Night event at Spark Arena on February 23, 2020 in Auckland, New Zealand. (Photo by Jeff Bottari/Zuffa LLC)

“I think Griffin is a good fighter. He’s skilled. It’s going to be a tough fight, but I’m more confident in my own skills,” he says, acknowledging Griffin’s penchant for boxing and five-inch reach advantage. “It’s important to keep the distance, and that’s what I’ll do. It won’t be a problem for me.”

Both men own a unanimous decision loss to perennial sleeper-threat Alex Morono, but that’s been Song’s only setback in five UFC appearances. His last outing during 2020’s UFC Auckland card was his most impressive to date, as he needed only half of the first round to KO veteran Callan Potter. 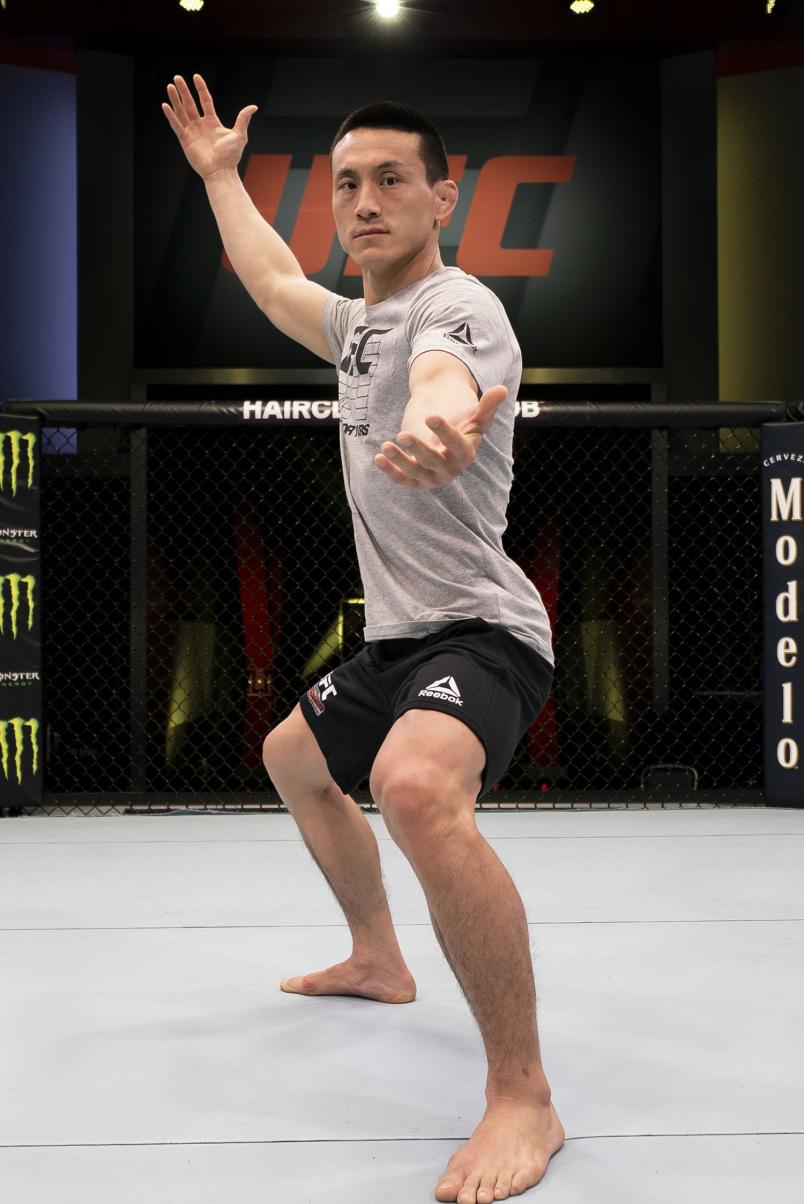 Song checks out the Octagon at the UFC Apex, March 17, 2021 in Las Vegas (Photo by Nolan Walker/Zuffa LLC)

Indeed. Over the course of 16 wins as a pro, 14 of those were finishes. Song is well aware that he doesn’t get paid overtime, and he aims to keep his finishing ways intact.

The Tangshan, Hebei, China native has spent much of the last year sharpening his axe at the UFC Performance Institute located in Shanghai, China. Surrounded at every turn by state-of-the-art sports technology, he describes his training as “very good” with a sly smile that indicates it was probably much better.

That’s a dangerous prospect, and like a growing cadre of his compatriots, he wants to be part of the squad that makes China a nation that produces some of the most formidable competitors in the UFC. 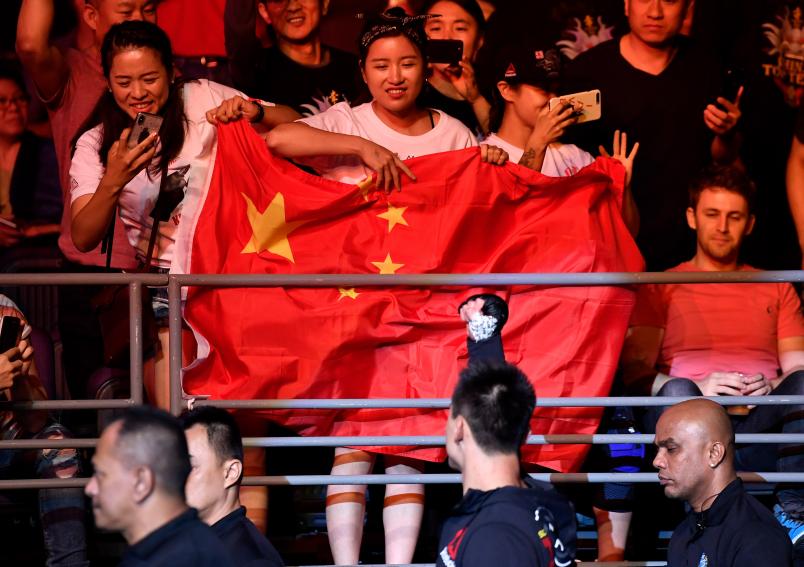 “As more and more Chinese fighters join the UFC, it’s my hope to get a big victory to further inspire them,” he says, noting their unbreakable support of one another.

Asked who inspired him as a fighter, and the list is surprisingly current.

“McGregor, Cowboy, Masvidal, Diaz…those are the fighters that inspire me,” he says without hesitation.

It’s rare enough to extol current fighters as inspiration, but rarer still when you realize all four of those men—at least in theory—are fighters Kenan could stand across from one day at welterweight. But when as he lists their respective attributes, the puzzle starts to come together.

“I like Conor McGregor’s accuracy. Masvidal enjoys the fight and Nick Diaz is fearless,” he says. And in describing each man, it’s evident Song is describing himself.