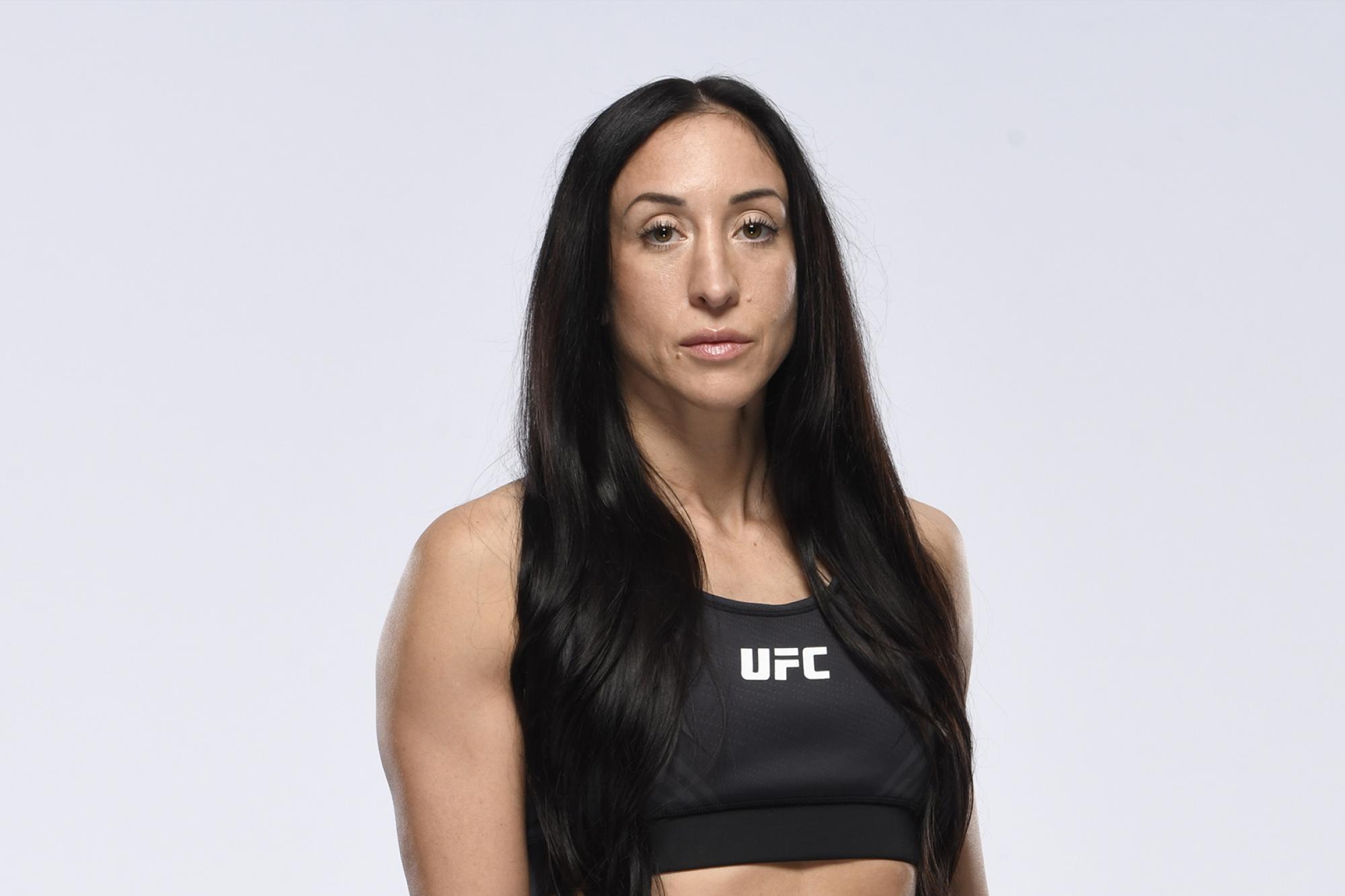 Nearly Three Years Removed From Her Last UFC Appearance, Jessica Penne's Tough Road Back Has Made Her A Different Fighter And Person.
By Gavin Porter, On Twitter @PorterUFCNews • Apr. 16, 2021

As Jessica Penne picked up the microphone to talk with UFC.com, she couldn’t stop smiling.

Nearly three years removed from her last fight in the UFC, the strawweight veteran had been sidelined by a myriad of issues with USADA and by some injuries. It was a trying time, one that Penne wasn’t sure would ever come to an end. There were moments she felt defeated, and she had to accept that it was a real possibly that she wouldn’t ever make the walk to the Octagon again.

Despite all the obstacles in her way, there was no way that Penne was going to give up on her dream.

Watch Jessica's Return To The Octagon On ESPN+

That’s why even the most boring or annoying fight week obligation brings a smile to Penne’s face. When she steps on to the canvas at UFC Fight Night: Whittaker vs Gastelum this weekend, she will be completing something for herself, something that no one can ever take away from her.

"I’m just really proud of myself for that because I think a lot of people would have given up."@JessicaPenne discusses her difficult path back to the Octagon and what it means for her to be fighting in the @UFC again 🔊⬆️ #UFCVegas24 pic.twitter.com/DXxG5AKuID

“Honestly, I’m just proud that I’m here again. I didn’t think that I was ever going to be here again, and I had to accept that and that was really heartbreaking. I’m in a place of extreme gratitude that I’m here,” Penne told UFC.com. “It has not been an easy road back, there have been a lot of bumps in the road and it’s been very challenging for me mentally, physically and emotionally to come back here. I’m just really proud of myself for that because I think a lot of people would have given up.”

Standing across from Penne will be UFC newcomer Loopy Godinez, who recently won the strawweight title in LFA. With such a long gap between fights, Penne feels kind of like a newcomer herself and she’s excited to show the world what she’s been working on since she last fought.

“I’m just happy I get to be here and reintroduce myself, honestly,” Penne said. “It has been a long time and I’ve been working on things and I’ve been able to reinvent myself and my approach to fighting. It’s kind of like my coming out party.”

Prior to her long layoff, Penne fought some of the best strawweights the world has ever seen, including former champions Joanna Jedrzejczyk and Jessica Andrade. She takes confidence from those experiences and believes that her decade of knowledge will help her handle some of the ring rust. 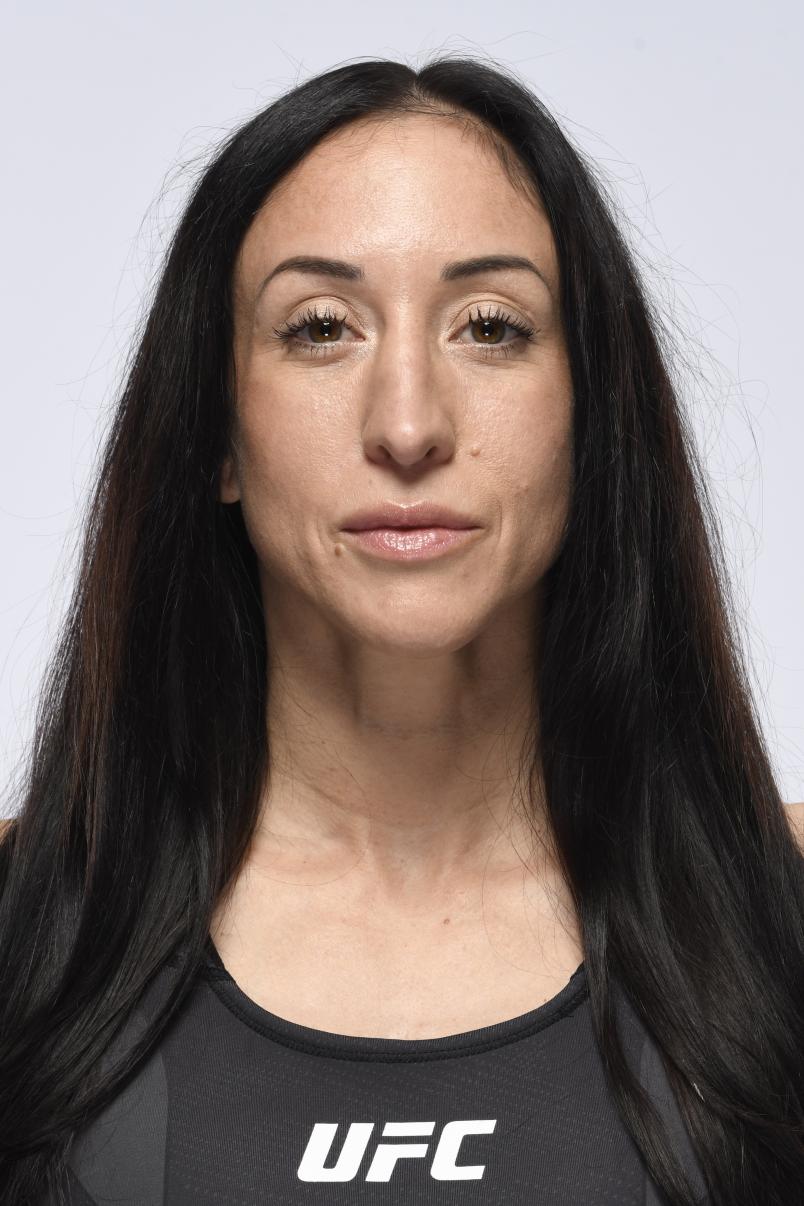 Jessica Penne poses for a portrait during a UFC photo session on April 14, 2021 in Las Vegas, Nevada. (Photo by Mike Roach/Zuffa LLC

With that being said, Penne can’t help but feel a little nervous and anxious about stepping back into the Octagon.

“I’m experiencing a lot of emotions from nerves and anxiety to excitement and anticipation. It’s just been a rollercoaster,” Penne said. “I get to do what I love, and for a time, I had to really accept that I may not be here again, and I may not get to do what I love, so I’m very grateful. I’m definitely excited to get in there and shake off a little bit of ring rust, I’m sure. I think it will feel familiar but different at the same time.”

Penne’s arduous path has her ready for any sort of adversity she could face on Saturday. She’s fought tooth and nail just to be here, and no matter what happens against Godinez, no one will take that from her.

Jessica Penne is back, proud and living the dream.

Watch Penne’s return to the Octagon on UFC Fight Night: Whittaker vs Gastelum, which airs live on ESPN+ at 10pm ET / 7pm PT. 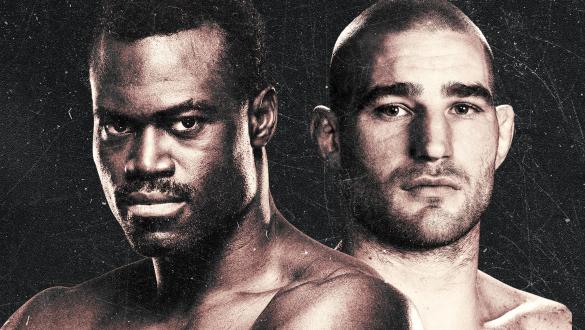 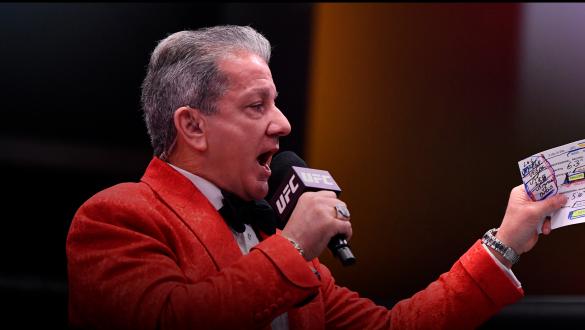