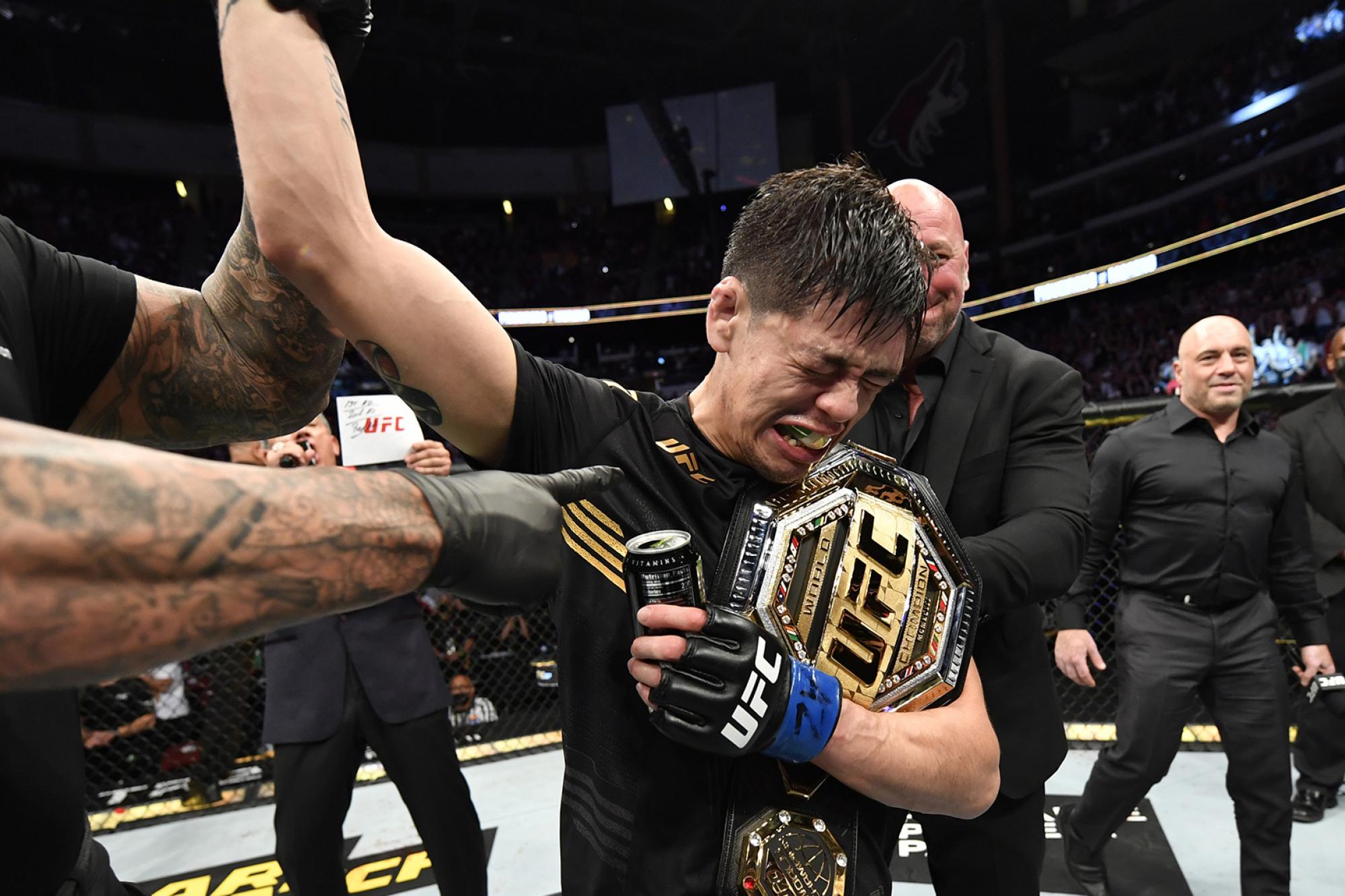 Saturday’s UFC 263 event is in the books, and now that the dust has settled in Arizona, it’s time to go to the scorecard to see who the big winners were at the Gila River Arena.

Pound-for-pound, Brandon Moreno has always been one of the coolest people to deal with in this sport, so to see him become Mexico’s first UFC champ, you had to smile. But this was no feel-good story wrapped around a fluke win. Moreno has continued to take his game to new heights over and over since his Octagon debut, and he did it again last Saturday, as he went from a five-round war with Deiveson Figueiredo in their first fight and turned it into a dominant victory the second time around. And with him not even being a finished product yet, he could be on top for a long time.

WHAT’S NEXT? Well, the new champ did speak of Funkos and Legos on his immediate to do list, but if we’re talking fighting, a rematch of another draw – with Askar Askarov – could be the most intriguing matchup outside of a third bout with Figueiredo, which I think could need a little more marinating.

View Every Results From UFC 263

Take away the closing moments of the fifth round, when Nate Diaz had him on wobbly legs and in serious trouble, and people would likely be focusing on the brilliant effort “Rocky” delivered over the first four-plus rounds. That’s the fight game, though, and Edwards should know that by now. But regardless of what happened late, the Brit was on point for most of the bout against an always dangerous foe, and he’s going to be a tough puzzle to figure out for whoever he faces in the future.

WHAT’S NEXT? Colby Covington is expected to get the next shot at Kamaru Usman’s welterweight title, so Edwards could wait for the winner, but if he wants to stay busy, there is always that rivalry with Jorge Masvidal to settle. 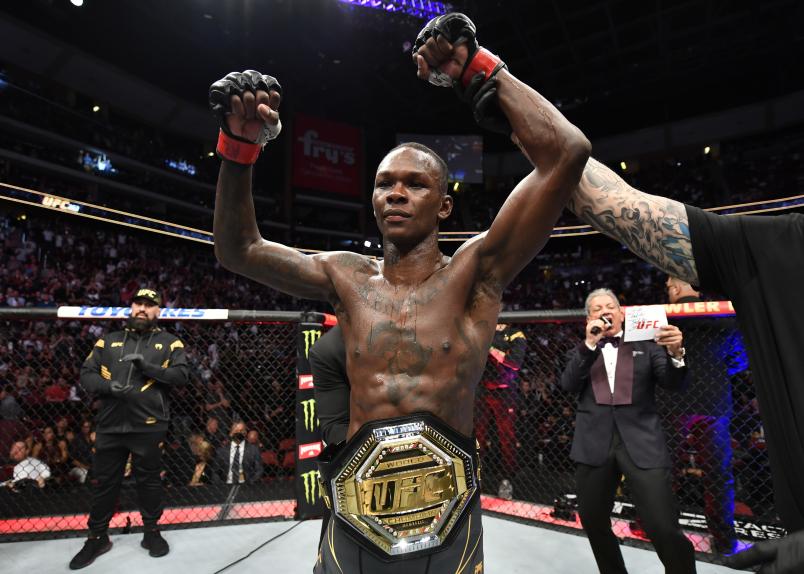 Israel Adesanya of Nigeria reacts after his victory over Marvin Vettori of Italy in their UFC middleweight championship fight during the UFC 263 event at Gila River Arena on June 12, 2021 in Glendale, Arizona. (Photo by Jeff Bottari/Zuffa LLC)

see middleweight boss Israel Adesanya here. But what made the victory of “The Last Stylebender” so impressive is how dominant he was over five rounds against Marvin Vettori. Now you’re talking about facing a top contender with a swarming style after just losing the first fight of your career, but Adesanya handled Vettori as if his loss to Jan Blachowicz never happened. Was it a highlight reel performance? No. But it was more proof that the best 185-pounder in the world is still Adesanya.

WHAT’S NEXT? A rematch with Robert Whittaker is really the only fight to be made in the middleweight division right now, and while I don’t think it will look anything like their first meeting, it’s hard not to keep Adesanya as the favorite the second time around.

For all the bad blood between Paul Craig and Jamahal Hill going into their main card bout, Craig was as cool as could be once the Octagon door shut, and with the patience of an experienced veteran, he waited for his opening, brought the fight to his world, and then ended it emphatically. Craig is a dangerous fighter from the first minute to the closing seconds, and it’s going to be interesting to see what’s next for him.

WHAT’S NEXT? Speaking of what’s next for the Scotland native, a rematch with Jimmy Crute now that both are ranked would be an interesting bout. And with Johnny Walker and Thiago Santos rumored to meet later this year, Craig versus the winner would be fireworks.

View The Best Photos From UFC 263

Seven seconds. That’s the way you make a debut and given all the ups and downs in fighting (and in life) it took Terrance McKinney to get here, you have to be happy that he got his first UFC win over Matt Frevola in such spectacular fashion. Then again, he went into the fight with five wins in under a minute, with three knockouts coming in 17 seconds or less. And his win over Frevola? His second win in seven seconds. He’s going to be fun to watch from here on out, for sure.

WHAT’S NEXT? I spoke to McKinney today and he will be getting the knee he injured during a post-fight celebration in the Octagon checked out. So while he might be out for a few months if it is a bad enough injury, he also told me that he’s one of those anytime, anywhere, anyone fighters, so if he’s cleared to return and the phone rings, we might be seeing him sooner rather than later, and that’s a good thing.