We Go Inside The Numbers Of Saturday's Las Vegas Event
By Zac Pacleb, on Twitter: @ZacPacleb • Sep. 29, 2021

(All stats according to UFC’s Record Book and Fight Metric as of October 13, 2021, and only include active athletes in their respective division unless noted otherwise)

Preview Every Fight On UFC Fight Night: Ladd vs Dumont

What It Means: Ladd is a physically strong, aggressive fighter who really shines when the fight gets into close quarters. She does well to control her opponent, and if she gets the fight to the mat, she is a true ground-and-pound artist. If she can get free in half or full mount, it’s usually game over. On the feet, her boxing is strong, and she will often throw in bunches. In her last fight against Yana Kunitskaya, she did well to mix in some stance switches mid-combination.

What It Means: A skilled striker, Dumont is comfortable fighting off the backfoot and countering with combinations. She has fast hands and often looks to parry her opponent’s punches with her lead hand to open up windows for her own shots. She’ll mix in leg kicks occasionally, but her hands are her best weapons. She exhibits good takedown defense and utilizes the opportunity to land knees to the body and elbows up top. She can switch stances pretty freely, as well.

What to Look For in the Fight: Between the two, Dumont is the more fluid striker. Her combinations are crisp, and she has real comfort going between orthodox and southpaw. Dumont was able to shuck off takedown attempts from Felicia Spencer, so it’ll be interesting to see how Ladd does if she wants to get the fight to the ground. Dumont showed the ability to get her own takedowns and maintain control, as well. The clinch situations will show a lot in this fight. Ladd does probably have the outright power advantage but given that this fight is contested at featherweight and is her first at 145, how her strength and power translate is something to note. 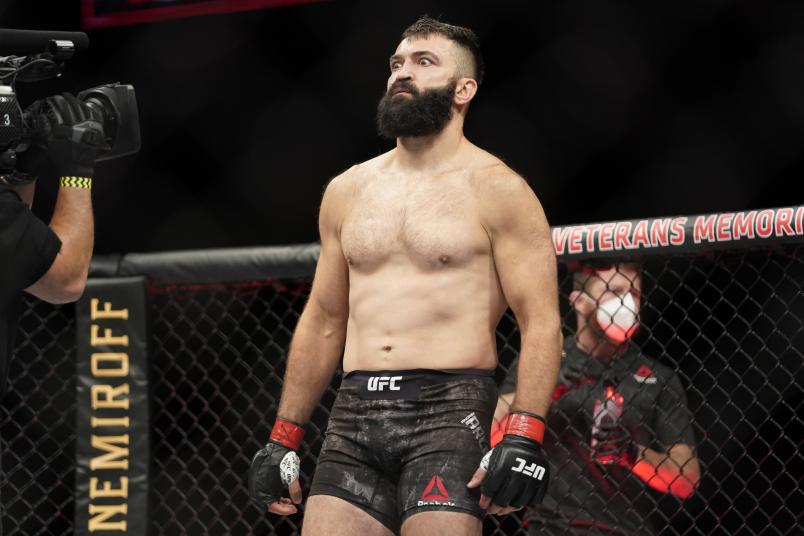 Andrei Arlovski of Belarus prepares to fight Philipe Lins of Brazil in their heavyweight bout during the UFC Fight Night Event at VyStar Veterans Memorial Arena on May 13, 2020 in Jacksonville, Florida. (Photo by Cooper Neill/Zuffa LLC via Getty Images)

What It Means: No heavyweight is as experienced as Arlovski. The former heavyweight champ has evolved with the sport, and now he presents a shifty, crafty challenge to his opponents.  Arlovski fights lighter on his feet than most of his opponents, and he mixes his attacks well. He’ll often bounce in and out of range and use his footwork to create angles to touch his opponent up while staying out of danger. 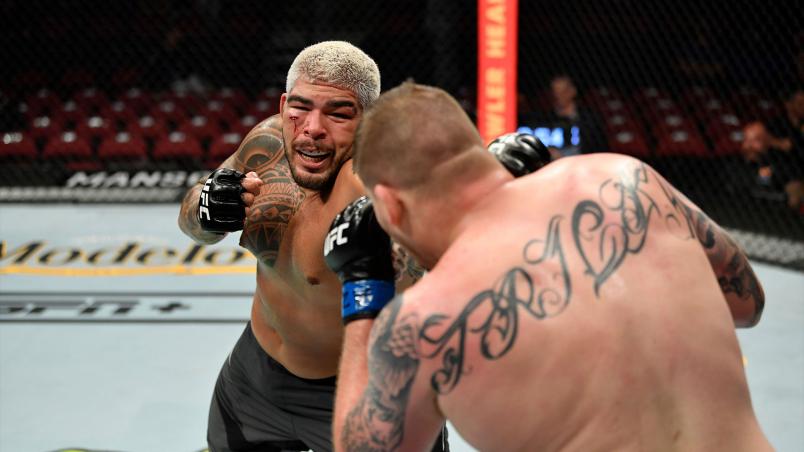 What It Means: Felipe loves brawling, and he has the chin and cardio to match that love. Felipe is a very smooth boxer, comfortable countering or leaning in, staying in the pocket and exchanging. He does well to mix up shots to the body as well, and he won’t stop moving forward to engage.

Fighters On The Rise | UFC Fight Night: Ladd vs Dumont

What to Look For in the Fight: Plainly, Felipe is going to want to maraud and throw down with Arlovski. For “The Pit Bull,” he might find bountiful opportunities to counter if he can evade Felipe. The Brazilian’s grappling hasn’t been tested too much, so perhaps that’s an avenue to victory for Arlovski. If the fight does stay standing, though, Arlovski’s footwork and movement is going to be key for his success.

Other Fights to Watch (Julian Marquez vs Jordan Wright)

What It Means: Marquez is an outright finisher. Every shot he throws seems to pack dynamite, and he has shown marked improvement in his submission game. “The Cuban Missile Crisis” is a resilient fighter as well, with power that carries late into fights.

What It Means: “The Beverly Hills Ninja” is a dynamic kickboxer with a variety of attacks and sharp finishing instincts. If the fight is contested at distance, it really allows him to mix up his strikes and show off the dexterity he has with his kicks. He likes to fight in the kicking range a bit more than in the proverbial phone booth, but he has power everywhere.

What to Look For in the Fight: This fight is incredibly unlikely to reach the judge’s scorecards. Both fighters aren’t afraid of putting themselves into danger because they have confidence in their fight-ending power. Technique-wise, Wright is a little sharper, but Marquez isn’t some wild, out-of-control fighter either. He knows he has the nuclear shots in any of his limbs, so he can exhibit some smart patience in looking for the knockout blow.