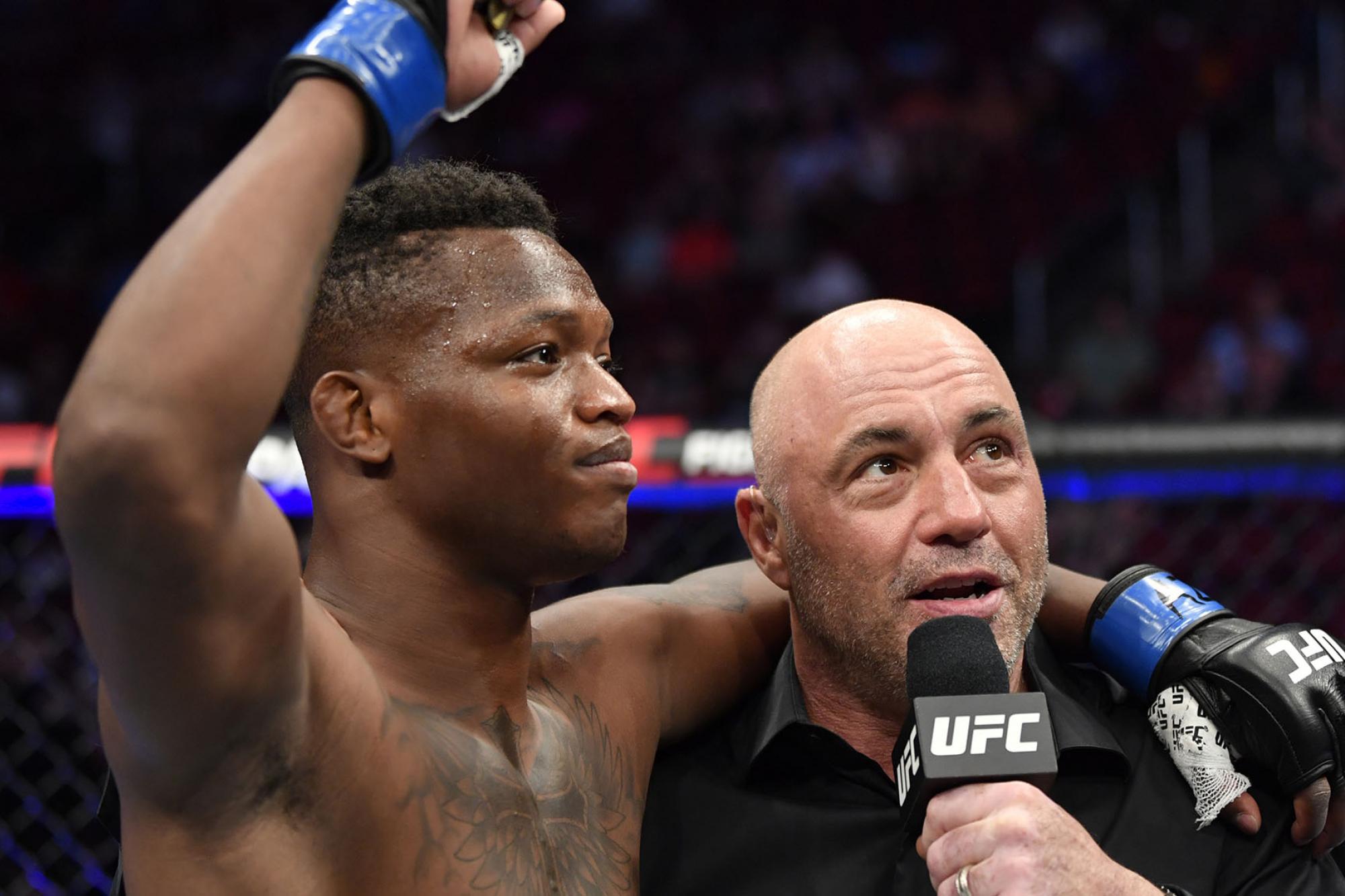 Terrance McKinney may have shocked the MMA world with his seven-second knockout of Matt Frevola on last Saturday’s UFC 263 card in Arizona, but given his body of work, it shouldn’t have been that surprising.

Sure, UFC fans may not have gotten that much time to get to know “T.Wrecks” considering that he took the bout on fight week, but entering the bout, the Chicago native did have a few notable bullet points on his bio:

A look at those numbers and it might be a little disappointing that he ended his UFC debut in seven seconds and not six or less.

McKinney laughs, but he’s all about taking care of business as soon as possible on fight night, and he always has been.

Very true. And the odds are good that he will have his share of 15-minute battles and back-and-forth scraps over his time in the UFC, for now, he’s just enjoying what happened last weekend while finding it hard to put it all into words.

“I really can't,” McKinney said. “It's just been so overwhelming. I broke down. It felt so good, knowing everything that I've been through, that I can finally change my whole family's life and it feels so amazing.”

Seven seconds wasn’t close to enough time to get a read on the 26-year-old and what he went through to get here. And in a sport full of remarkable tales, McKinney’s is Top Ten at least.

For those who haven’t heard his well-documented backstory, McKinney got into some trouble in 2014 that began when he mixed alcohol and drugs. The police showed up and matters escalated, with McKinney, who was hallucinating, getting tased multiple times. Finally subdued, McKinney was declared dead. Twice. When he recovered, there were no relapses, no more trips to those dark places. He was done.

“I only needed one go for that one,” said McKinney. “That was definitely a wake-up call for me a hundred and ten percent.”

By 2016, he was making his amateur MMA debut, and in 2017, he entered the pro ranks. In 2019, he got the call to Dana White’s Contender Series and looked good until he got halted in the second round by Sean Woodson. Three months later it was another loss, this one to Darrick Minner. But he never lost hope.

“Getting knocked out on the Contender Series and then getting submitted after that, right there it was humbling, and I think that's what I needed,” he said. But no, there was never any doubt. I know everything happens for a reason, so I didn't try to beat myself up too much about it. And I used to wrestle before, so I know you win and you lose; that's just part of the game that we're in.” 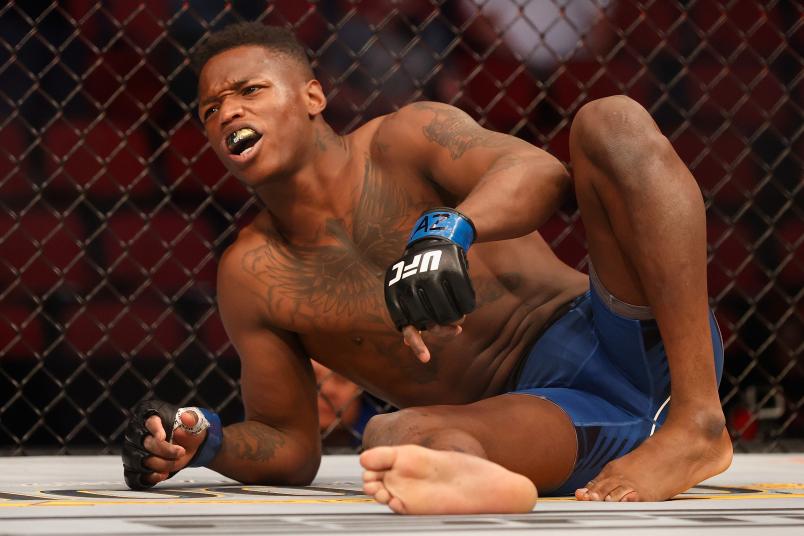 Terrance McKinney hurts his knee celebrating his knock-out victory over Matt Frevola during their UFC 263 lightweight match at Gila River Arena on June 12, 2021 in Glendale, Arizona.

Three wins followed the Minner fight, lasting a combined 1:45. The last of that trio of victories was on June 4 in the LFA promotion. Eight days later, he was picking up a check from the UFC. If that’s not a testament to the power of faith and persistence, what is? And though McKinney admits that it was tough at first to talk about that harrowing night in 2014, now knowing that his story can help keep others off the wrong path is all he needs to keep telling it.

And after last weekend, the only past that fight fans are talking about is the one that saw him have an early night at the office. As for what’s next, McKinney says that “I'm definitely one of those guys that will fight anytime, anywhere. As long as I'm healthy, I'll do it.”

MORE UFC FIGHT NIGHT: Fight By Fight Preview | Davey Grant Is Prepared For Any Obstacle | Marlon Vera Fighting For A Better Life |  The Rise Of The Korean Zombie | Matthew Semelsberger Is Ready To Prove Everyone Wrong | Aleksei Oleinik Still Has Gas In The Tank

The verdict is out on the healthy part at press time, as McKinney injured his knee during a post-fight celebration and is scheduled for an MRI on it. If he’s cleared, expect him to keep the ringer on high. If not, he promises his return will be worth the wait.

“Be prepared for anything,” he laughs. “I'm looking to finish the fight at any moment.”