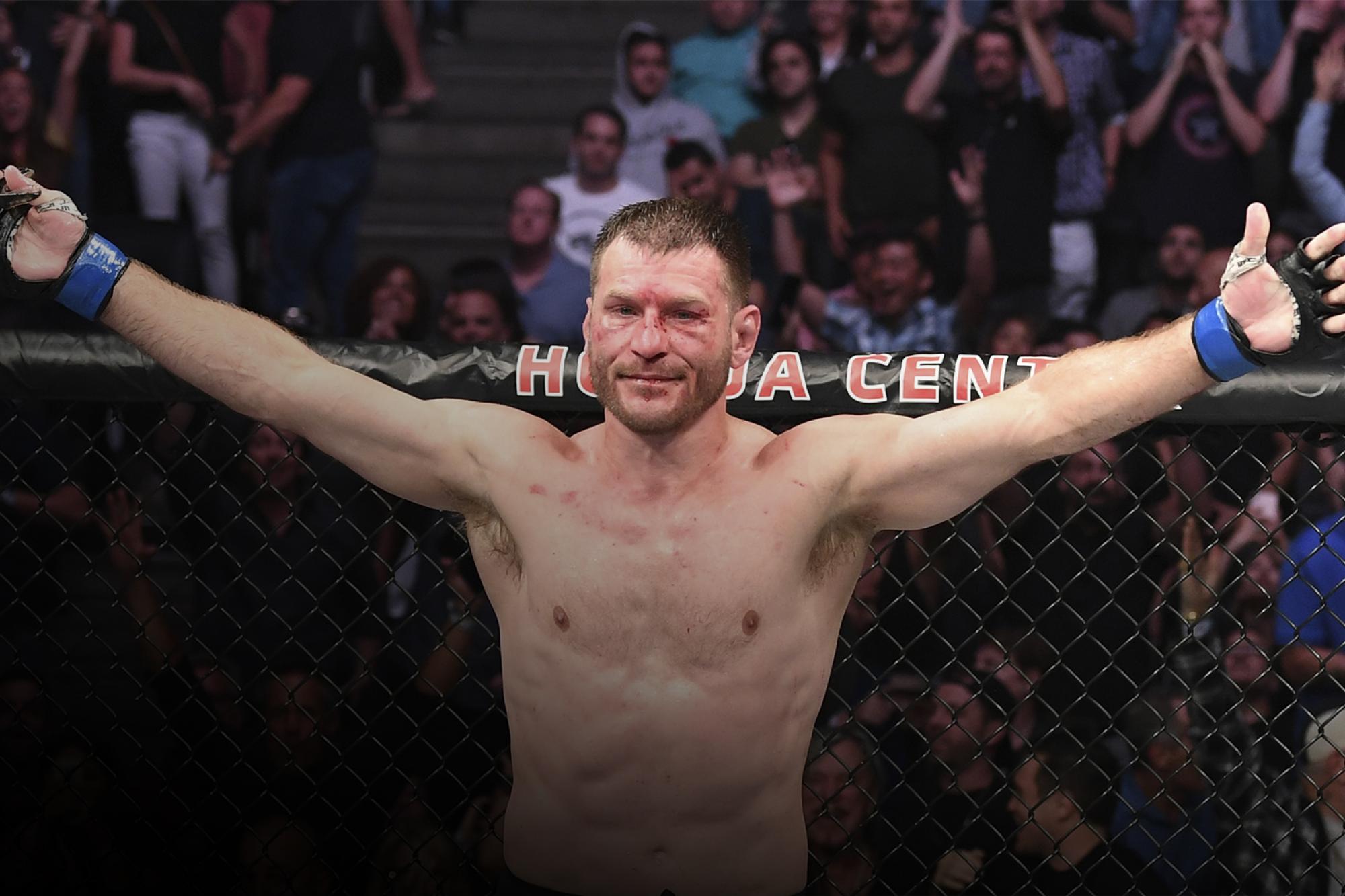 The Talking Points and Bonus Winners of UFC 241
By Gavin Porter • Aug. 18, 2019
Performances Of The Night
Stipe Miocic

The baddest man on the planet once again hails from Cleveland, Ohio. Stipe Miocic waited for his rematch with Daniel Cormier for over a year and once the opportunity came at UFC 241 he made the most of it.

Miocic's triumph didn't come without adversity as Cormier started off very strong in the first two rounds. But despite absorbing plenty of significant strikes Miocic kept his head in the game and made a significant adjustment heading into the championship rounds.

Miocic started ripping bigtime shots to Cormier's body and it was evident that they were working, as DC visibly started to slow-down. With just under a minute to go in the round Miocic hit Cormier with a powerful uppercut to the midsection then followed it up with a jab-cross combo straight to the chin of DC. It was the moment that Miocic had waited so many days and nights for and it was his time to shine.

Miocic swarmed DC, clocking him with multiple massive punches that made DC crumble to canvas. And just like that, a year plus in the making, the UFC heavyweight championship would run through The Land once again.

Khama Worthy waited his whole life to get the call to fight in the UFC. Four days away from UFC 241 his phone rang and it was finally his time. He made the trip from Pittsburgh to fight one of his best friends and one of the rising prospects in the lightweight division, Devonte Smith.

The fight between him and Smith headlined the UFC prelims on ESPN. In the first round, Worthy would go on to connect with a huge hook that dropped Smith. After that Worthy pounced and finished Smith earning the first stoppage victory on the card up to that point.

Worthy then unleashed his personality and excited inside and outside the Octagon. It was truly a life changing week for "The Death Star" and he deserves every bit of the spotlight.

There are some fights that just never live up to the hype. Paulo Costa vs Yoel Romero on the other hand, was just as awesome as you could have ever imagined. Knockdowns, explosions of incredible athleticism, power, true grit and showmanship. It had all the ingredients and it was truly magnificent.

Costa never backed down, walking Romero down time and time again. His mixture of powerful flurries and kicks helped forced "The Soilder of God" to counter strike on the outside edge of the Octagon.

Romero was able to secure a couple takedowns, including a bull-rush in the final moments of the second round. But Costa's pressure and volume gave him the edge in the eyes of the judges.

It was a very close contest and while fans inside the Honda Center weren't thrilled with the decision, the fight was great and both fighters definitely put on brilliant performances.

Nate Diaz is not surprised.

He isn't surprised that he returned from a three year layoff and dominated a former champion and surging competitor at welterweight. He reminded the world just how talented he is in his stand-up game and how crafty he is on the ground.

After the win Diaz called out Jorge Masvidal in the most respectful way possible. Referring to Masvidal as one of the only real "gangsters" on the roster. Masvidal loved the call-out standing up and clapping just feet away from the Octagon.

It will be interesting to see what's next for Diaz, but one thing is for certain, the more of him we get the better.

How fun is it to watch Sodiq Yusuff? Against Gabriel Benitez on the PPV main card, "Super Sodiq" was throwing heat from the opening seconds of the bout. He took a shot that dropped him, but he recovered and landed his own blow that sent Benitez to the ground. From there he just poured on the punches until the referee has seen enough. Yusuff likely earned himself a top 15 opponent at featherweight with the win.

Cory Sandhagen continued his incredible run up the bantamweight ladder by defeating Raphael Assuncao. He did it by utilizing his sneaky striking, managing the distance and keeping the fight where he wanted it to be. The unanimous decision victory was impressive and surely cements Sandhagen as a top title contender at 135-lbs.