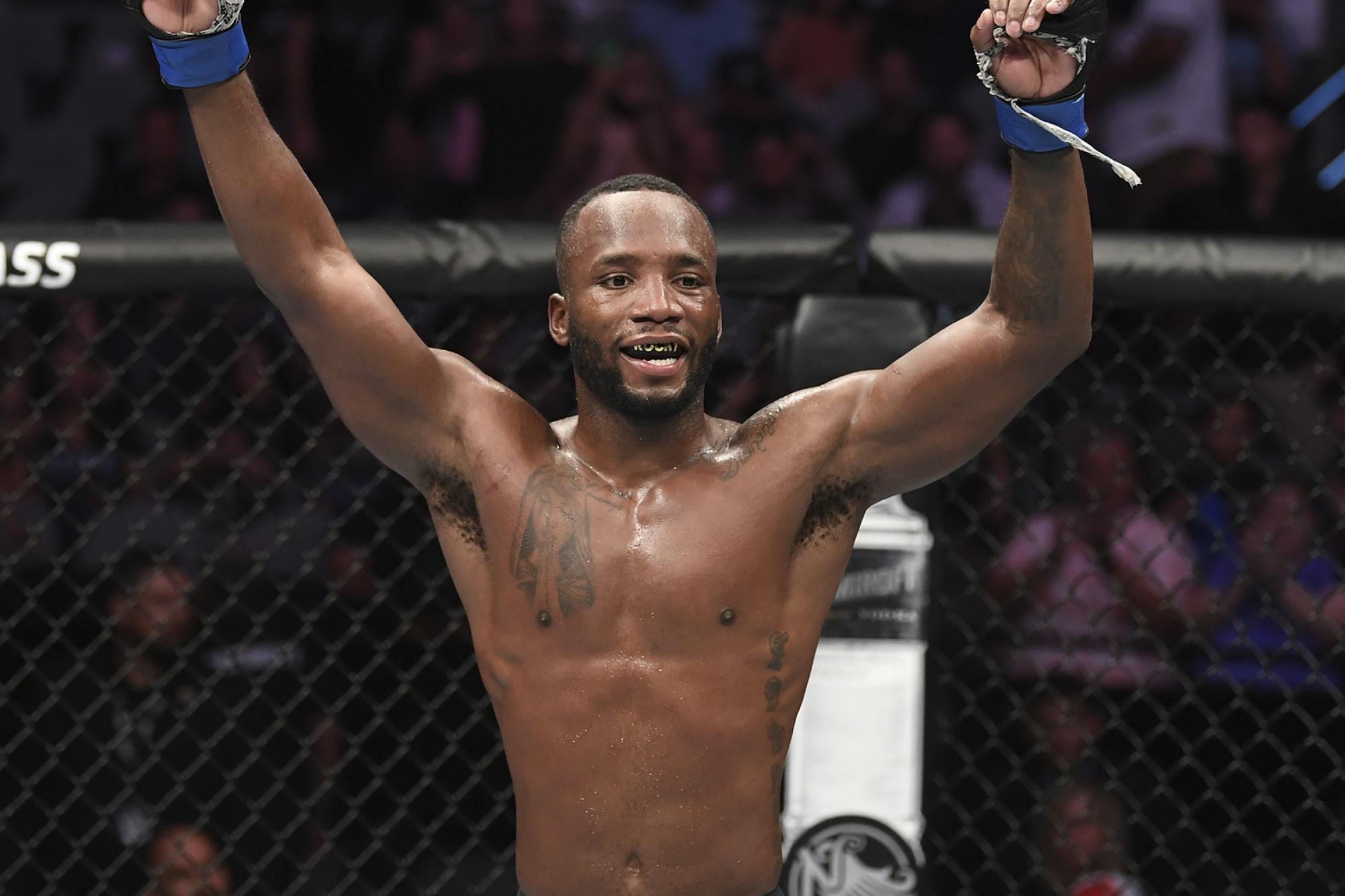 Use Significant Stats To Preview Some Of The Top Match-Ups On UFC 263: Adesanya Vs Vettori 2
By ZAC PACLEB ON TWITTER @ZACPACLEB • Jun. 8, 2021

(All stats according to UFC’s Record Book as of June 8, 2021, and only include active athletes in their respective division unless noted otherwise)

What It Means: When it comes to striking, “The Last Stylebender” is as complex a fighter as we’ve seen in the UFC and he has worked to maximize that extensive kickboxing experience in the Octagon. His defensive grappling is sound. He does everything you want a fighter to do when their opponent shoots for a takedown – stuffing the head, sprawling quickly, getting to the fence, digging for underhooks, etc. – and he punishes opponents once he fends off their shot. He likes to pick his shots and make reads from a distance, and his counterstriking in the pocket has become more lethal, utilizing his flexibility to slide out of danger while staying in range to land his own punishing strikes.

Order UFC 263 For Any Device

What It Means: Vettori is a ferocious, aggressive fighter who has honed those traits to become an excellent mixed martial artist. His strikes hold plenty of power, and he’s often a flurry of movement and pressure when he wants to get on the front-foot. He’s a tenacious grappler and has great strength for the division. Once he obtains control, he can land heavy ground-and-pound and look for any opportunities to finish.

What to Look For in the Fight: This high-stakes rematch is going to be a strong showcase for both fighters to show how much they’ve improved since their first meeting more than three years ago. Adesanya has become much more lethal in his ability to fend off takedowns and punish opponents as he exits. Vettori is more polished as a striker and better at using his physical strength to gain the advantage grappling, but he also has a lot of power in his hands. How Adesanya dictates the range and distance against Vettori is critical, and because “The Last Stylebender” likes to work off leg and body kicks, it’ll be interesting to see how Vettori uses that tendency to get inside and attempt to grapple against the champ.

What It Means: Figueiredo is an incredibly powerful and precise fighter with an instinctive knack to finish his opponents either via knockout or submission. On the feet, he is efficient with his striking selection, utilizing his range and knowledge of his power to set traps and find the one or two openings to land a few punches. His ground game is slick, and much like his striking, he has almost no wasted movements. The squeeze on his chokes is vice-grip tight, and his physical strength often gives other flyweights problems in clinch situations.

What It Means: Although Moreno is a submission artist, the improvements made in his standup have launched him into the division’s elite. His boxing is fluid, and he throws in bunches both when initiating and countering his foe. He makes good use of the jab to disrupt his opponent’s timing, and he mixes up his punches to the body and head. On the ground, he uses his wiry frame and limbs to fish for submissions and find leverage. He has a solid chin as well, which helps him pressure forward and drag opponents into a dogfight.

What to Look For in the Fight: Nobody would blame a viewer if they had the score even at two rounds each heading into the fifth round of their first fight. Figueiredo wasn’t able to walk Moreno down for the early parts of the fight despite landing some bombs, and Moreno’s pace and pressure seemed to wear on the champion. How either might implement some more grappling early is a piece to watch, but as both are so dangerous on the ground, it’ll be interesting to see how Moreno makes use of what might be more polished punching and how Figueiredo manages to land more power shots on the Mexican.

What It Means: “Rocky” is a technically sound, intelligent fighter whose ability to manage the tempo and distance of a fight makes him a puzzle for most of his opponents. Although his fights might seem slower or methodical, it’s a testament to his defensive ability and ability to punish his opponent during the in-between moments of the fight. He does well to use clinches to fend off pressure-forward fighters and snuff out their attacks, and if they become frustrated or overeager, Edwards is sharp to land elbows off the break. Edwards’ grappling is often overlooked, and he exhibits good control along the fence. 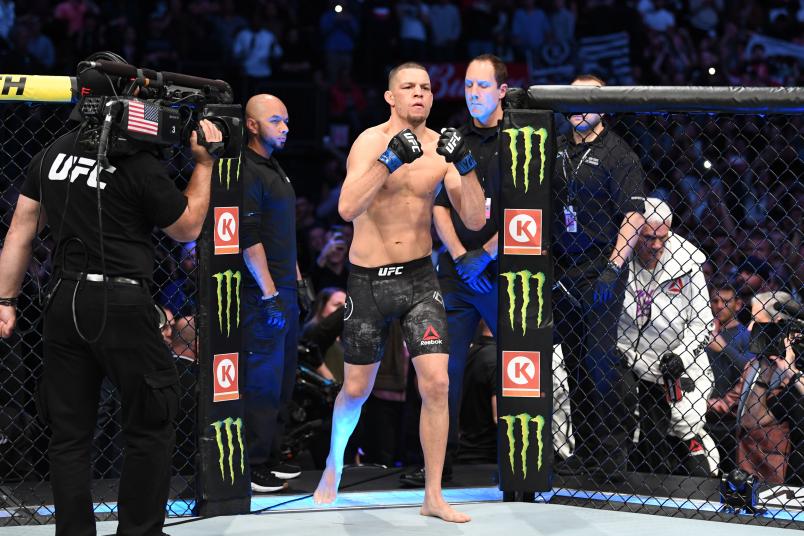 Nate Diaz enters the Octagon prior to his welterweight bout for the BMF title against Jorge Masvidal during the UFC 244 event at Madison Square Garden on November 02, 2019 in New York City. (Photo by Josh Hedges/Zuffa LLC)

What It Means: Everyone knows when Diaz is competing, an exciting fight is imminent. Whether he is taunting his opponent verbally or exhausting them with his nonstop pace, Diaz is a whole bag of problems to handle, and he’s always pouring it on his foe. His boxing is fluid, featuring a long jab, a smart check hook and a powerful “2.” He’ll, at times, throw side kicks and kicks to the body, but his main weapons are his hands. Diaz is as slick a submission artist as any on the ground, and few even consider going to ground with him. He is famously tough – don’t let a cut fool you into thinking Diaz is on his way out; it only means the fight has begun.

What to Look For in the Fight: Edwards does an excellent job of managing the Octagon, whether he is on the back foot or pressing forward. Against Diaz, he’ll likely find himself against the fence often, but he has shown a great ability to use his footwork and a variety of clinches to get his back off the cage. In a rare five-round non-main event, Diaz has the chance to drag a fight into deep waters, which is perhaps where he thrives the most. 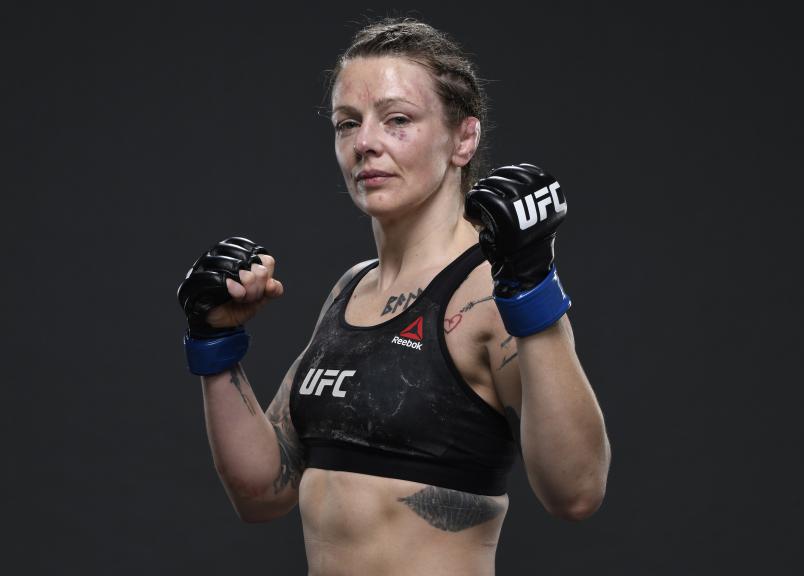 Joanne Calderwood of Scotland poses for a portrait after her victory during the UFC 257 event inside Etihad Arena on UFC Fight Island on January 23, 2021 in Abu Dhabi, United Arab Emirates. (Photo by Mike Roach/Zuffa LLC)

What It Means: A Muay Thai-based fighter, “Jojo” does well to stay busy and mix her strikes up in bunches. She likes to throw a front kick off her lead leg as both a way to manage distance and inflict some quick damage. In clinches, she does well to stay busy with knees to the body and elbows up top. When tuned-in, Calderwood makes the most of every exchange, often throwing the last strike as they separate. Her wrestling has improved immensely, and she does well to fend off takedown attempts, particularly against the fence. 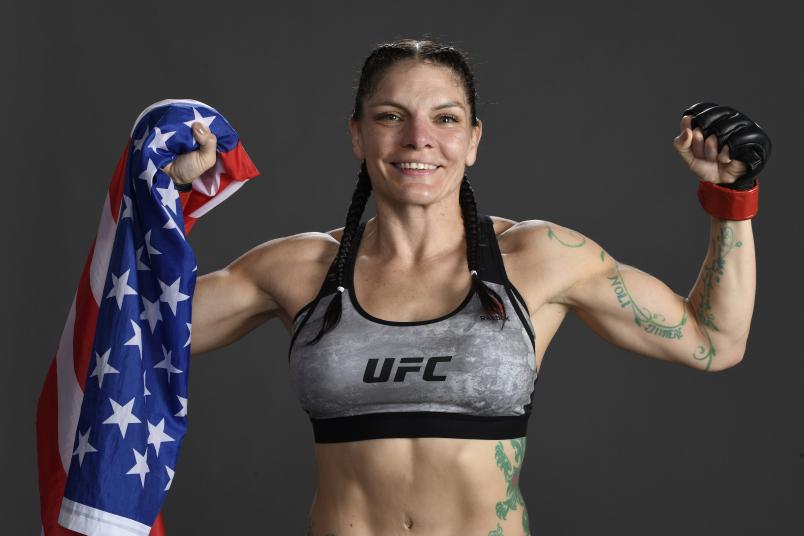 What It Means: Murphy is a tough, durable fighter who has shown more confidence and fluidity in her striking of late. Her boxing is strong, and she likes to keep a high pace, often marauding forward and throwing flurries of strikes. She is particularly strong, which helps her gain and maintain control in clinch situations in the open and along the fence.

What to Look For in the Fight: Both women like a high-paced fight. Murphy is perhaps the bigger brawler of the two, but Calderwood likes to throw a high amount of strikes and keep a high work rate, as well. Calderwood is perhaps best at a distance, where her combinations can flow freely, particularly ones where she begins and ends with a leg or body kick. Murphy is resilient, though, and she has been able to pour on pressure and negate her opponent’s advantages by swarming them.