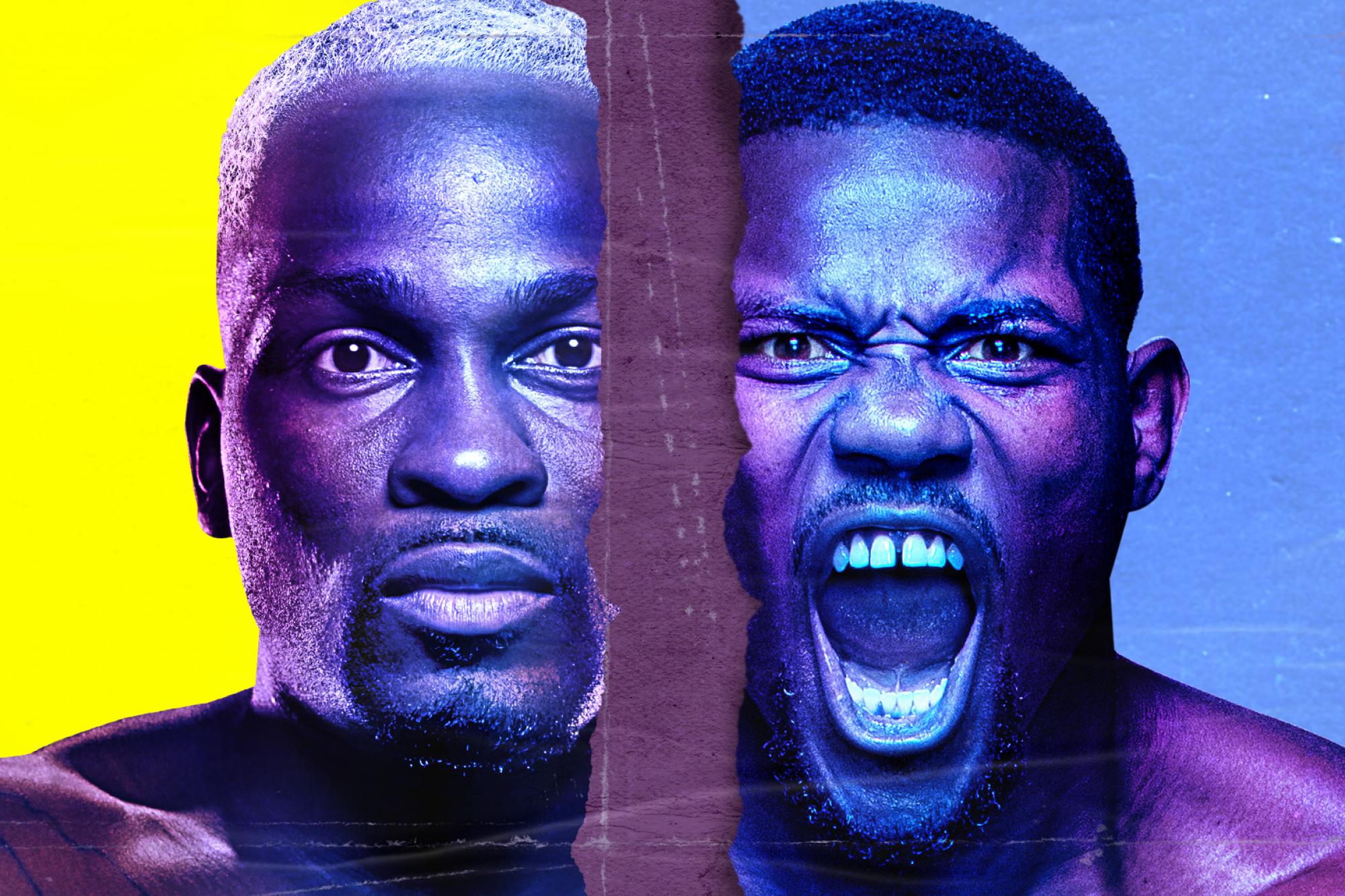 UFC continues its run of events at UFC APEX with a thrilling middleweight contenders’ bout that will see No. 7 ranked Derek Brunson look to stop the momentum of rising No. 10 Kevin Holland.

Perennial contender Brunson (21-7, fighting out of Wilmington, N.C.) is coming off one of his most impressive performances to date, handing highly touted Edmen Shahbazyan his first professional loss in August via TKO. A NCAA Division II wrestler with KO power, Brunson has also earned KO wins over Lyoto Machida, Uriah Hall and Sam Alvey. Brunson now has his sights set on securing his fourth consecutive victory by turning back yet another rising contender.

Holland (21-5, fighting out of Fort Worth, Texas) hopes to continue the momentum of his historic 2020 campaign, which saw him become the first middleweight in UFC history to win five bouts inside a calendar year. A talented striker and grappler, Holland has netted spectacular KO wins against Jacare Souza, Charlie Ontiveros and Joaquin Buckley. Holland is now driven to pick up his sixth victory in a row to continue his ascent up the 185-pound ladder.

What time is UFC Fight Night: Brunson vs Holland?

Take A Look Back At Derek Brunson's Highly Entertaining Career As He Seeks His Fourth Straight Win At UFC Fight Night: Brunson vs Holland.

It was a rough start to Buys’ UFC career, as he took a low blow and a poke in the eye in the opening minute. Once the action heated up, the fight went to the mat in the second minute, Silva working from the top position. The two continued to grapple on the mat and while standing against the fence, trading moments of control before a spinning punch from Silva dropped Buys just before the horn.

In the second, a fistfight broke out, but just when Buys started to get some momentum, Silva came back with a right hand that dropped Buys just before the midway point of the round. Buys survived the follow-up from Silva, but after he rose and appeared to be back in business, another right hand produced another knockdown and brought in referee Mark Smith to stop the fight at 2:56 of round two.

Bruno Silva gets a 2nd-round TKO win in his flyweight bout at UFC Fight Night: Brunson vs Holland

In the second minute, a right hand from Jackson dropped the late-notice replacement, but Strader got up quickly, only to get floored again. This time, the follow-up barrage by the Milwaukee native ended matters, with referee Keith Peterson calling a halt to matters at 1:58 of round one.

In a gritty clash between middleweight up and comers, Trevin Giles handed Roman Dolidze his first pro loss via unanimous decision.

Dolidze focused on landing kicks to the leg of Giles until he scored a takedown with under two minutes left in the opening round. Giles got up almost immediately but remained locked up against the fence until the horn.

Giles, who got in some crisp shots in during the first frame, kept them coming in the second, but Dolidze got in his own shots before the fight went to the mat in the third minute, with Dolidze working for a leg. Giles kept the strikes coming in response, but Dolidze was undeterred until the Texan got upright with a minute to go.

Giles’s strikes were getting closer and closer to paydirt in the third round, clearly rocking Dolidze early on, but the Georgian found daylight and worked well on the mat and in the clinch as the round wore on. Giles landed with a hard 1-2 in the final minute, but it was Dolidze again recovering and finishing strong.

It appeared that Grant Dawson needed to make a statement in the third round of his UFC lightweight debut against Leonardo Santos, and he did just that, handing Leonardo Santos his first Octagon defeat via knockout with one second remaining in the bout.

A little less than two minutes in, Dawson (17-1) landed a right hand that briefly wobbled Santos (18-5-1), and the Missouri product looked for a takedown but came up short, with Santos using the trip to the mat to get the top position until the two rose and continued grappling against the fence.

Grant Dawson gets the late finish at UFC Fight Night: Brunson vs Holland

The grappling exchanges continued in the second round, but it was a final minute surge by Santos that may have earned him the frame. Dawson finally got his takedown in the second minute of round three, and he stayed busy enough to avoid a restart, but with seconds left, a series of hammerfists came out of nowhere and knocked Santos out, with the official time of the stoppage by referee Chris Tognoni 4:59 of the final frame.

Reneau had a good first round, using her movement well to keep the taller Chiasson at bay, and when she moved in, she got off the harder punches. Late in the round, Chiasson locked up with her foe, but Reneau reversed position and got in some hard shots before the horn.

Chiasson went on the attack to start round two and she hurt Reneau early, bloodying her nose and forcing a clinch from the Californian. With a little over two minutes to go, Reneau was briefly shook by a body shot, and while she fired back, Chiasson was starting to take over until a Reneau takedown with less than a minute to go. Chiasson swept her way into the top position, though, and she stayed there until the end of the frame.

Both bantamweights put it on the line in the final round, fighting as if the fight was up for grabs, but it was Chiasson who held the edge and picked up the win.

Australia's Tuivasa hurt Hunsucker early with leg kicks, and then he sent the newcomer to the deck with two right hands. It looked like Hunsucker had recovered from the first barrage of ground strikes, but the second series of strikes ended the bout, with referee Herb Dean stepping in at :49 of round one.

Tai Tuivasa gets a TKO win inside the first minute of the first round at UFC Fight Night: Brunson vs Holland.

With the win, Tuivasa moves to 12-3. Hunsucker, who replaced Don’Tale Mayes, falls to 7-4.

Adrian Yanez still hasn’t shown off his jiu-jitsu black belt in the Octagon, but the bantamweight prospect hasn’t had to, as he scored a second consecutive knockout, this one over Gustavo Lopez in the third round.

After a brief feeling out process, both fighters began finding their range, Lopez with wild haymakers and Yanez with a more technical attack. Late in the round, Yanez landed a couple hard left hands that bloodied his foe’s nose and wobbled him briefly.

In the second minute of round two, Yanez dropped Lopez with a right hand, and though the Las Vegan was back on his feet and swinging a moment later, Yanez was pulling away, and early in round three, a laser-like right hand put Lopez on the deck and ended the fight, with referee Chris Tognoni stepping in at :27 of round three.

The 115-pounders got right down to business, with Conejo using her strikes to close the distance against the fence. The Mexico native then put the fight on the mat and landed several strikes as she held Buys in a headlock until the closing seconds of the first round.

Buys started the second round effectively, landing a flurry of strikes. A minute in, Conejo locked up with Buys and moments later, Conejo had the headlock on the mat again. Buys did what she could to escape, and with a little over a minute left she did, only to get thrown back to the canvas. Buys did escape and she got in the mount before the horn but ran out of time.

Buys had success with her striking in the first three minutes of round three, but soon it was back in the headlock and back to the mat with Conejo in control. Buys got free with a little over a minute left, but soon Conejo got into the top position and stayed there until the end of the fight, when the two combatants got into it with a little trash talking.

Welterweight veteran Max Griffin picked up his second straight stoppage victory, as he knocked out Song Kenan in the first round.

Max Griffin knocks out Song Kenan in the first round at UFC Fight Night: Brunson vs Holland

The fists and feet were flying as the bout opened, with Griffin ultimately striking his way into a brief clinch. Once separated, Song looked to be getting into a striking rhythm, but just as suddenly, a right hand stung Song and a follow-up right sent him down and out, with referee Keith Peterson stopping the fight at 2:20 of round one.

Middleweight contender Derek Brunson was all business for five rounds against Kevin Holland, and in doing so, he snapped Holland’s five-fight winning streak via unanimous decision in the UFC Fight Night main event, extending his own streak to four.

Holland slipped in the opening minute and Brunson nearly ended the fight in response with a right hand. Holland survived, but was on his back with Brunson in control. The veteran landed several hard shots from the top as Holland talked, wrapping up a big first round.

Between rounds, Holland spoke to Khabib Nurmagomedov, who was Octagonside, and he was clearly unbothered by losing the opening frame.

In the second, Holland turned away Brunson’s first takedown attempt and responded with right hands that staggered the North Carolina native. But Brunson shook off the shots and then got the takedown. On the mat, Brunson looked for an arm triangle and nearly got it until Holland got loose and back to his feet with under 90 seconds left. But Holland wasn’t upright long, as Brunson put him on the deck once more.

Holland opened the third with a couple good right hands, the second of which was greeted with yet another takedown. Again, the rest of the round was fought on the mat, with Holland content to stay on his back and Brunson content to control matters from the top position.

Showing some urgency for the first time in the fight, Holland’s striking looked solid early in round four, but Brunson landed some solid uppercuts at close range and then got his customary takedown. Holland finally got up to his feet with a minute left in the round, but Brunson stayed close, locking his foe up against the fence.

After cutting Brunson early in the fifth round, Holland got his own takedown, and while Holland tried to stay busy with his strikes, they were having little effect on Brunson, who got back to his feet with 1:31 left and then returned the favor with his own takedown seconds later.