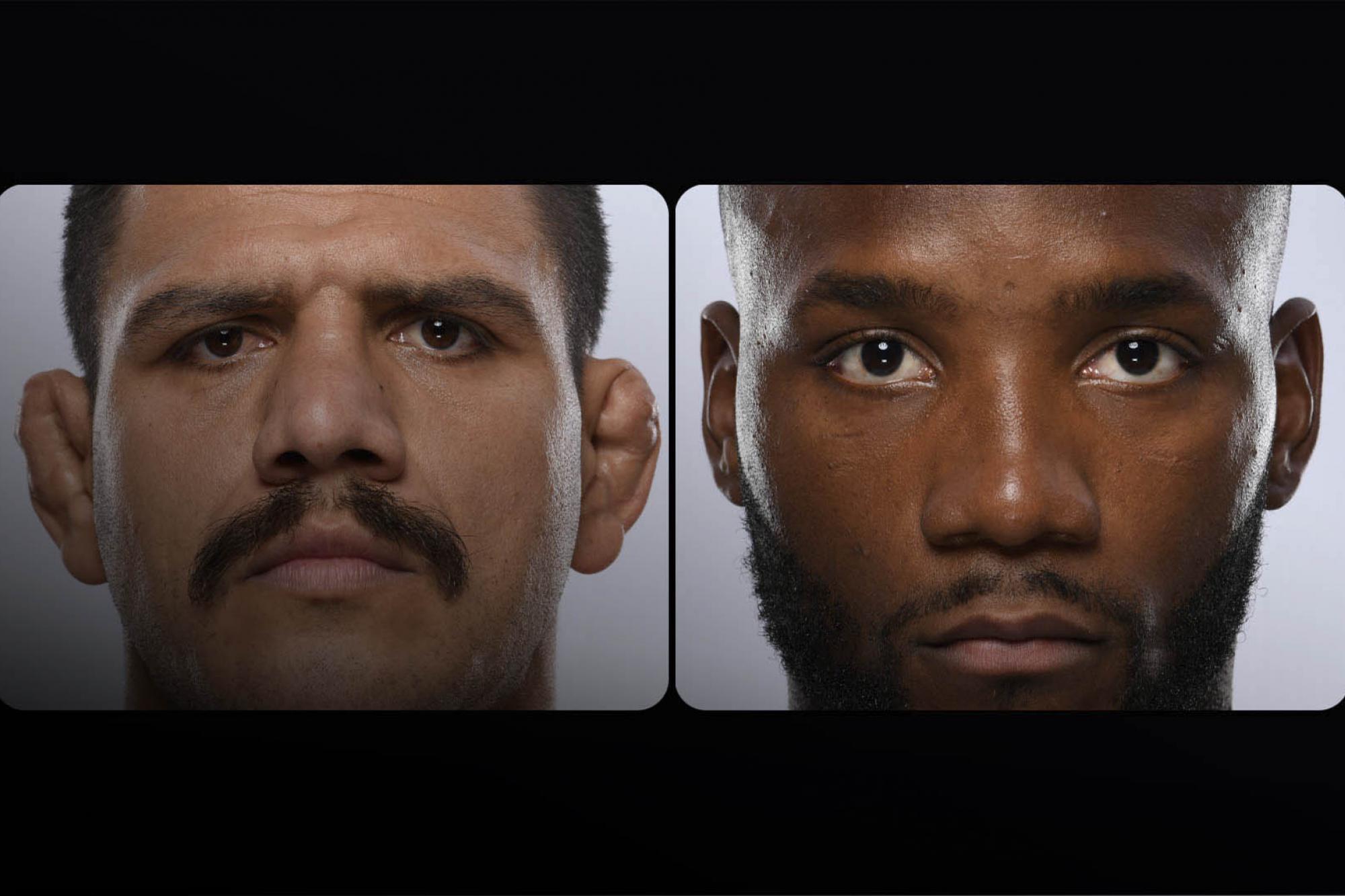 Colares (9-1) dominated the opening round behind some hard kicks to the body and a smothering grappling attack that led to nearly two minutes of control on the mat late in the frame. Houston’s Pilarte (8-2) made a strong comeback in the second with a pair of kimura attempts, a hard knee to the body and a takedown, and while Colares ended round two in control, Pilartes controlled much of the final frame behind a body triangle locked in as he took the Brazilian’s back. It wasn’t enough though, as Colares took the nod via scores of 29-28 twice and 28-29.

When Bautista led the dance in the first round, his jabs and long-range shots were very effective, but in close range exchanges, Son was able to get his licks in, making it a close frame. But after a strong start to the second for Son, Bautista began to pull away as he landed several hard shots and let his hands go. There was more of the same in the third, and while the iron-chinned Son made a fight out of it, tonight belonged to Bautista.

Silva had a good opening round as he worked his grappling game effectively, and while he still had success at close range in the second stanza, Borg’s ability to scramble out of trouble and put his foe in dicey positions was paying off with each passing minute. By the third round, Borg was in total control, and it was this unrelenting pressure that brought him his first win since March 2017.

The first fight in 2016 between Jennifer Maia and Roxanne Modafferi went five rounds with Maia taking a close split decision in an Invicta FC title bout. The second time around with the flyweight contenders wasn’t nearly as close, as Maia scored a shutout three-round victory.

Maia delivered the cleaner strikes on the feet in the first round, but Modafferi’s swarming pressure and clinch game kept things close and may have started to put some money in the bank for later in the hopes of slowing Maia down.

The Brazilian drilled Modafferi with a hard right hand early in round two that got the Las Vegan’s attention and bloodied her nose.  With two minutes left, another right hand wobbled Modafferi, but the gritty veteran kept moving forward in an attempt to get the fight to the mat. She wasn’t able to get Maia down, though, and with the Brazilian continuing to pile up the points, there was no surprise when three 30-27 scores came back from the judges.

Abreu began the bout looking to implement his grapping game, but as the round progressed, he began letting his hands go, and as the round ended, the two 205-pounders were both swinging for the fences.

Staying busy on the feet, Abreu used his striking to set up a takedown midway through the second round, but Alvey dodged any serious trouble and got into the top position, allowing him to finish the frame in control. But in the third, Abreu held off periodic charges from the Californian en route to a win on the scorecards.

Former bantamweight title challenger Raquel Pennington returned to the win column for the first time since November 2016, as she took a three-round split decision over fellow 135-pound contender Irene Aldana.

Mexico’s Aldana was perpetual motion throughout the first round, but Pennington dodged most of the incoming fire while getting in some sharp counters along the way. Yet by the end of the frame, Aldana’s pressure began paying off as she landed more and more shots.

Colorado’s Pennington’s one-shot power was the equalizer in round two, as her thudding punches and elbows bloodied Aldana and allowed her the ability to work effectively on the inside. Aldana didn’t stop throwing in the middle stanza, but her shots weren’t having the effect Pennington’s were.

A minute into round three, Pennington got her first takedown, and though Aldana stayed busy with a leg lock attempt, “Rocky” wasn’t in serious danger as she took her time, landed some strikes and sought out a choke of her own. She didn’t get it, but she did get the victory via scores of 29-28 twice and 28-29.

Caceres (15-12, 1 NC) was able to dodge Peterson’s rushes and counter well in the early going, but a takedown by Peterson with 90 seconds left saw the Texan take over, as he nearly sunk in a rear naked choke before the horn sounded.

After telling his corner that he broke his left hand in the opening frame, Caceres was left in a precarious spot heading into the round two, but his stick and move strategy worked well for him in the middle stanza as he kept his foe at bay while Peterson dealt with a cut on his forehead from an apparent clash of heads in the first round.

Peterson (17-9) got a little closer in the third, and with a minute left he got the takedown he had been chasing, but it wasn’t going to be enough, as Caceres took the nod via scores of 30-27 and 29-28 twice.

Former UFC heavyweight champion Andrei Arlovski appeared to turn back the clock in the main card opener, as he scored a shutout three-round decision over Ben Rothwell, making it 2-0 over “Big Ben,” who he knocked out in their 2008 bout in the Affliction promotion.

The 40-year-old Arlovski looked sharper than he has in a while in the opening round, as he stayed busy with single shots and combinations that bloodied Rothwell. The Kenosha product kept moving forward, though, and his right hand remained a dangerous equalizer if he could hit home with it.

Keeping the pace high and the strikes coming, Arlovski continued to impress in the second, but when Rothwell was able to get close and clinch, he was able to slow the fight down and get on the board. Arlovski didn’t stay there for long, though, and it was back to dominating his foe on the feet.

Rothwell got a brief takedown just before the midway point of the third round, but Arlovski was up and back at it, barely able to miss “Big Ben.” And while the final stages of the bout saw the still-dangerous Rothwell surge and nearly catch Arlovski, it would be the judges who were left to deliver the verdict, and it went to “The Pit Bull” via identical scores of 30-27.

With the win, Arlovski moves to 28-18 with 2 NC, snapping a four-fight winless streak in the process. Rothwell falls to 36-12.

San Antonio’s Alexander Hernandez bounced back from a loss to Donald Cerrone with a three-round unanimous decision over lightweight veteran Francisco Trinaldo.

There was little significant action in the first round, with Hernandez using every inch of the Octagon real estate while Trinaldo followed, but neither put together anything consistent in the way of offense. There were more attempts at exchanges in round two, but nothing to settle down the now restless San Antonio crowd. Trinaldo did land a spinning back kick that opened a cut on Hernandez’ face, and in a close fight like this, that could be a key factor. But it turned out not to be, as all three judges scored it for the hometown favorite.

New Zealand’s Dan Hooker likely put himself back in the lightweight top 15 with a first-round knockout of Fort Worth’s James Vick.

Both fighters stayed busy as the fight began, with Hooker taking an early edge but Vick getting in some shots when he played the aggressor. But a defensive lapse by Vick left him open for a flush left from Hooker, and the Texas native fell to the canvas. A couple ground strikes followed and ended the bout, with referee Kerry Hatley stepping in at the 2:33 mark.

In a meeting of heavyweight prospects, former NFL lineman Greg Hardy halted Houston’s Juan Adams in the first round.

After trading jabs with each other for a spell, Adams sought a single-leg takedown that Hardy was able to largely avoid as the two tumbled to the mat. Adams held on to the leg while Hardy unloaded with a long series of unanswered blows, prompting referee Dan Miragliotta to call a halt to the bout 45 seconds into the opening frame.

A jumping knee from Harris knocked Oleinik off balance as the fight commenced, but it was the follow-up left that sent the Russian crashing to the canvas. Referee Jacob Montalvo intervened as Harris landed a final blow, ending the bout at the 12-second mark.

Edwards took the fight to the mat in the opening minute, and he kept it there until there were under two minutes left. After a brief clinch, the two separated and Dos Anjos went on the attack, but an elbow and a quick 1-2 kept the Brazilian largely at bay, even though he was scoring with leg kicks.

The Birmingham product continued to pepper Dos Anjos with strikes, opening a cut over his right eye with an elbow, but a leg kick from the Brazilian put Edwards on the deck with two minutes left. Dos Anjos had success on the mat, but soon enough, Edwards was upright and landing shots on the worsening cut.

After the Octagonside physician checked the cut over Dos Anjos’ eye and allowed the bout to continue, the two welterweights got back at it and it was another solid, if unspectacular, round in the bank for “Rocky” in the third, and he kept up the pace in the fourth, whether with his striking or grappling game.

Knowing that he needed a finish, Dos Anjos came out swinging hard in the fifth, but Edwards continued to be both effective and disciplined as he nullified his opponent’s offense with a dynamic attack that resulted in yet another win.