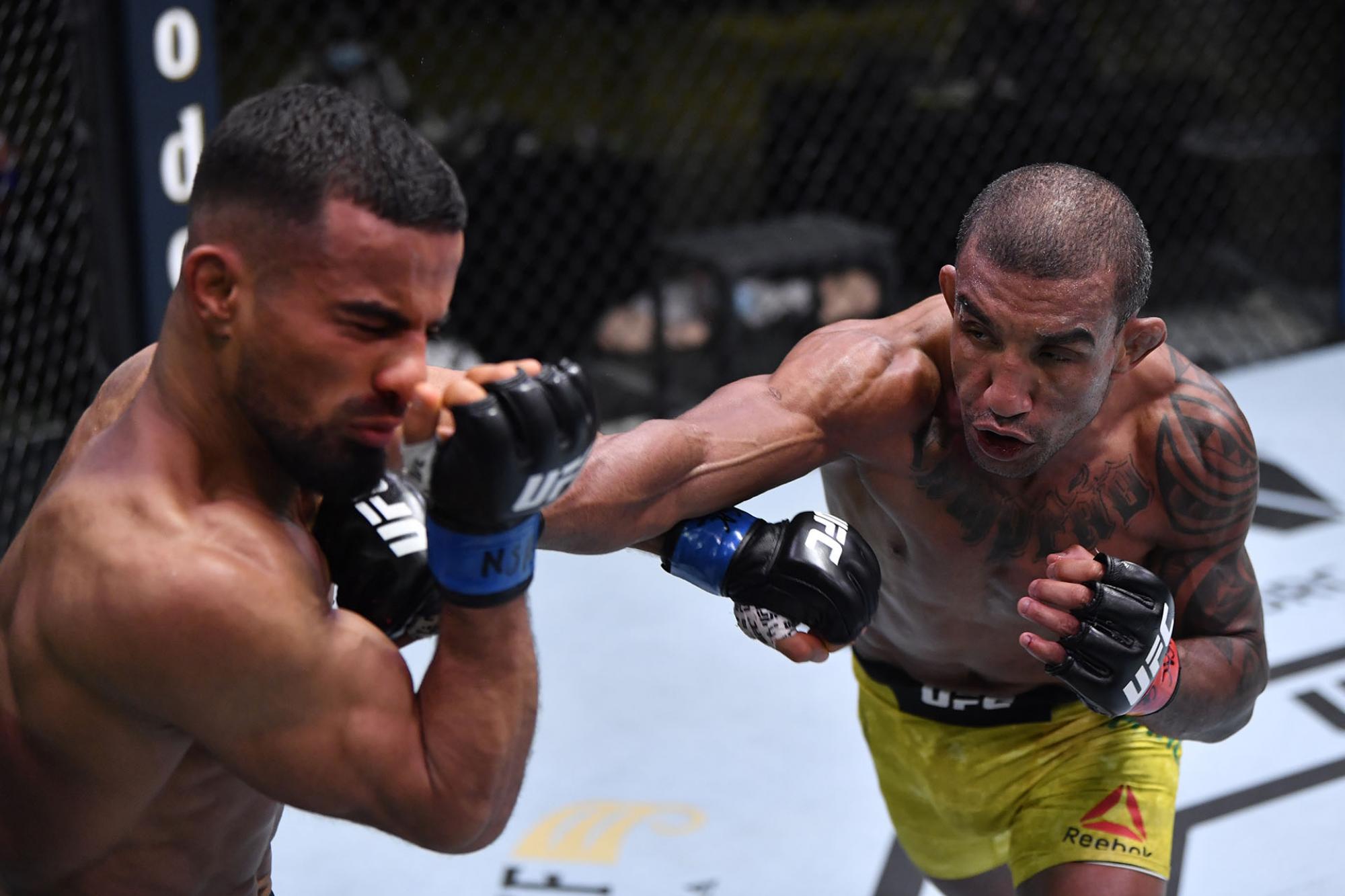 Fight of the Night

Raoni Barcelos looked brilliant in his fifth UFC fight, and he had a willing dance partner in Khalid Taha that hung in tough and traded heavy blows when he got the chance in an exciting three-round bout.

Not wasting any time, Barcelos launched powerful shots toward Taha, who stood and traded valiantly. Soon after, Barcelos moved the fight to the canvas, taking the back and threatening with a handful of submissions from top and back control as well as an armbar when Taha reversed positions.

Round two saw more technical, fun striking, with both fighters willingly staying in the pocket. Barcelos upped his output, and a knee toward the end of the second round had Taha rattled as the frame ended. In the third round, Barcelos continued to pour on the pressure, and while Taha showed his toughness and grit, Barcelos was a step ahead of his opponent in almost every part of the fight and was able to secure the unanimous decision.

Performance of the Night

Few strikers as fun and dynamic as Giga Chikadze are still searching for their first UFC finish after four fights in the Octagon, but that’s where the Georgian’s record stood as he took on Jamey Simmons.

With a methodical start, Chikadze picked his foe apart and waited for the right window to unleash his signature kicks. He opted to focus on Simmons’ body, and when a left kick buckled Simmons a bit, Chikadze immediately went for the head kick and got the knockdown. From there, he added a few strikes with Simmons on the canvas and eventually got the TKO victory.

Performance of the Night

After de Lima hit Romanov with a couple leg attacks, Romanov shot for a forceful takedown, where he maintained heavy pressure and control. Romanov leaned on de Lima and tallied a second takedown rather quickly. After some ground-and-pound loosened his foe up, he implemented a tricky forearm choke that put his opponent to sleep and secured another win.