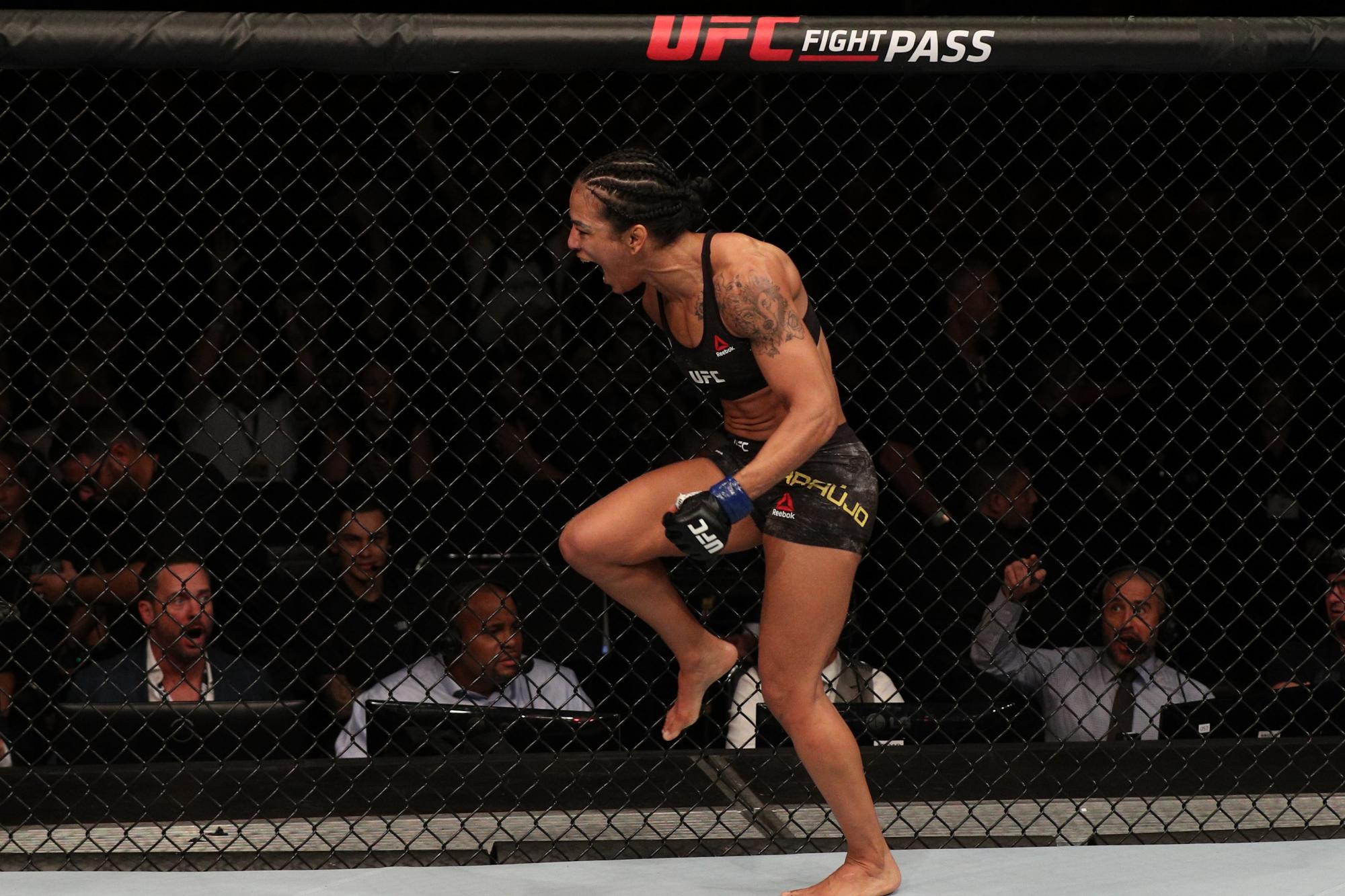 For some, getting the call to make your UFC debut on less than a week’s notice is both a blessing and a curse. Few turn it down, but it still puts those who take it behind the eight ball, wondering if they’ll be able to deal with everything attached to a night in the big show and still perform to their best.

Yet Viviane Araujo wasn’t rattled in the slightest before – or during – her May bout against Talita Bernardo. Stepping in for Melissa Gatto, Araujo agreed to jump two weight classes to fight her fellow Brazilian at bantamweight in Rio de Janeiro and all she did on fight night was dazzle the fans in attendance before knocking Bernardo out in the third round.

“I don't think I was nervous,” she said. “I felt very happy; it was the opportunity that me and my team had been waiting for since my Pancrase-Japan belt conquest last August, so when the opportunity came I was ready.” 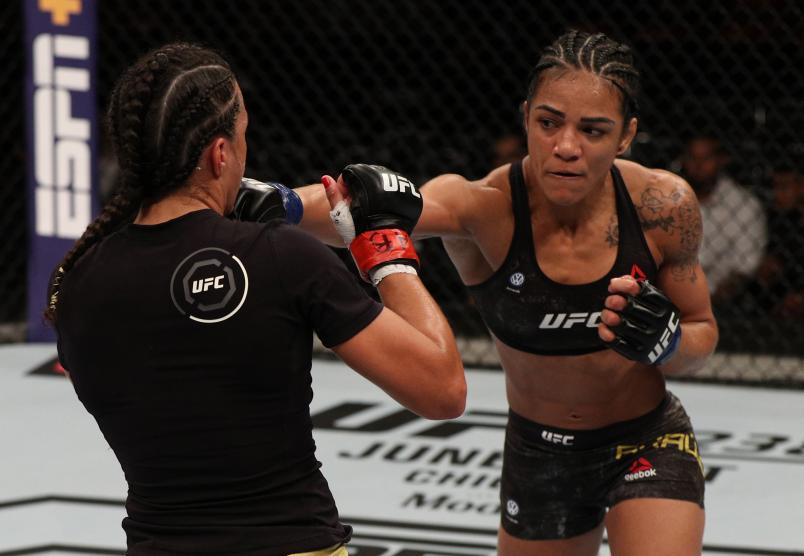 Unbeaten in three fights following the lone loss of her 7-1 pro career to UFC vet Sarah Frota in April 2017, Brasilia’s Araujo won Pancrase’s vacant strawweight title by defeating Emi Fujino in August of last year, and while she was inactive since then, she was getting ready for battle when she got the call for the Bernardo bout.

“I was due to participate in the Contender Series in July, but we also knew that there was a possibility of the UFC call coming earlier and it did,” she said.

Oh did it. Araujo delivered one of the more impressive debuts you’ll see in the Octagon, and while she looked dominant at 135 pounds, it was expected that she would return to the strawweight division for her next bout. But then came the curveball and a move instead to flyweight, where she will meet Alexis Davis this Saturday in Edmonton.

MORE UFC 240: Why Holloway v Edgar Will Be A Banger | Inside The Octagon | Free Fight: Edgar vs Mendes | Free Fight: Holloway vs Pettis | On The Rise | Countdown | Order UFC 240

“She is a very experienced athlete in the UFC, has fought against great athletes, and she’s a well-rounded and aggressive fighter,” Araujo said. “It will be a great challenge and I am going to be prepared.”

Davis is also the eighth-ranked 125-pounder in the world, which means that an Araujo win will undoubtedly land her in the rankings and kick off her journey to a world title shot. But the 32-year-old isn’t interested in any such talk at the moment. 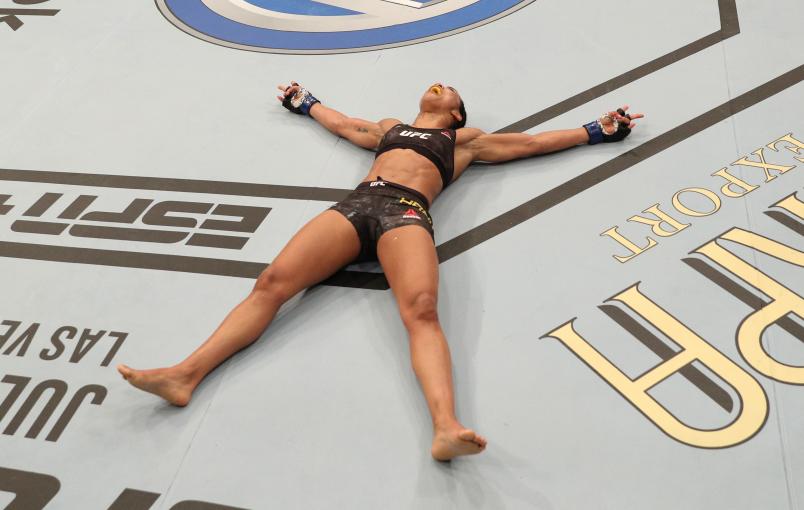 “Actually, we are not thinking about a title fight right now,” she said. “My plans are to consolidate myself in the organization and fight great fights, one step at a time.”

It’s a smart move, even if the impatient among us want to see how “Vivi” matches up with some of the flyweight division’s best. And considering that she won’t have to go through the cut to 115 pounds or be at a size disadvantage at 135, she may be even better in her new weight class.

“My physical structure is perfect for the flyweight category,” Araujo said. “In order for me to stay on bantamweight, I would need to increase my weight a lot so it would be difficult to maintain one of my best features, which is my speed. So our plan is to stay in the flyweight division now. It's a weight division in which I feel very good and strong. I don't suffer from a drastic weight cut and this is a plus for an athlete's best performance during the fight. My plans are to stay healthy and fight as often as possible during the year.”

That attitude, coupled with her performance against Bernardo, made her an instant favorite among fight fans, and she is happy to keep those action-packed performances coming.

“I have a great respect and affection for the fans,” she said. “UFC is a big event, and being part of this show has always been my big dream. Now it’s time to seize the opportunity and bring joy to the fans.”

Yeah, it’s impossible not to like Viviane Araujo, who epitomizes the old adage that who dares wins. Araujo dared to take a fight on less than a week’s notice and she won more than a fight earlier this year by taking that shot. So what does this all say about her?

“That we must persist and always be prepared for any challenge,” she said.