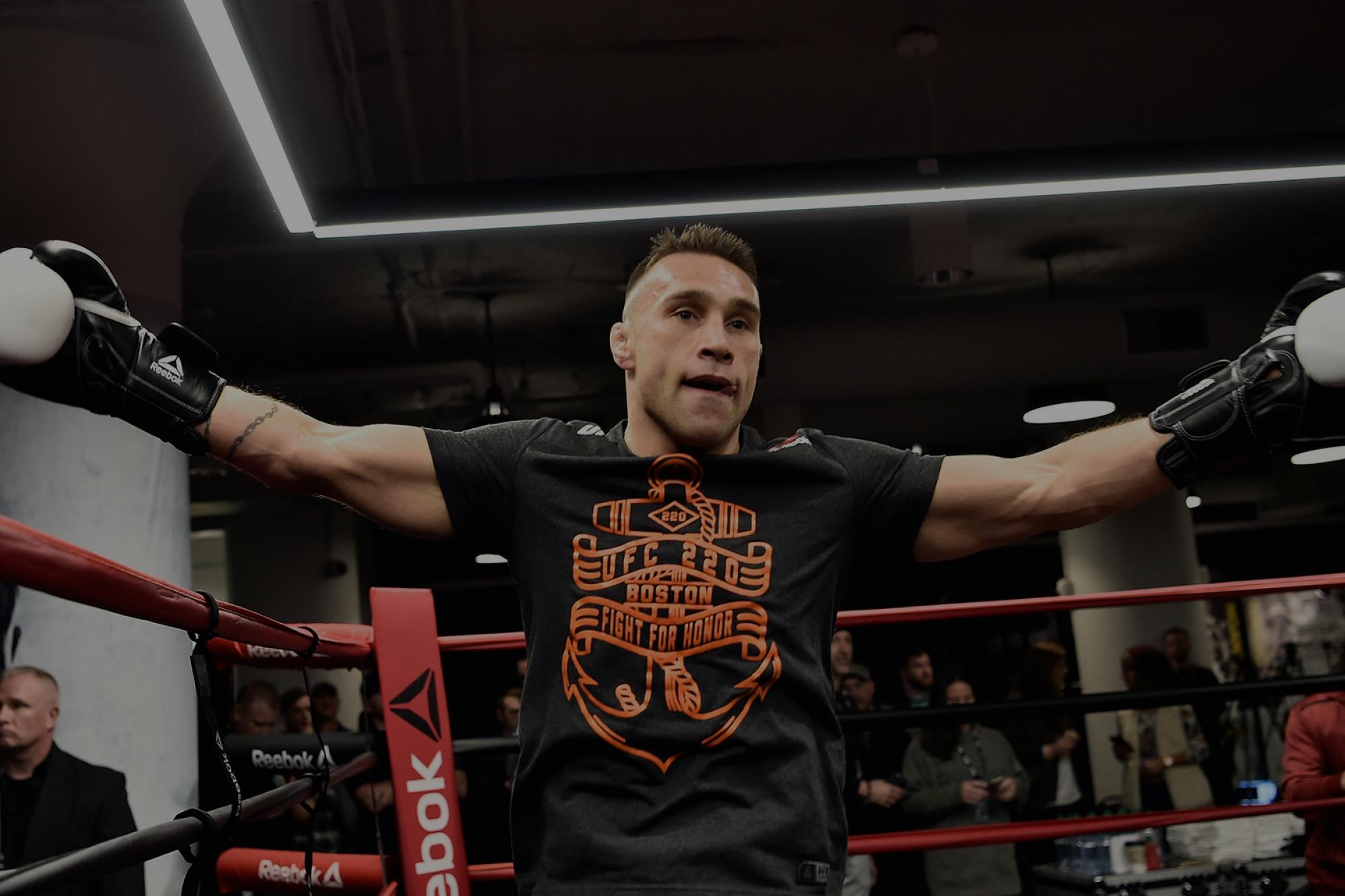 It says a lot about Kyle Bochniak that someone went into his Wikipedia page and inserted the name Daryl Dixon as his opponent for a January 2015 fight. It’s since been changed, but it shows that if Bochniak can beat the Walking Dead character, his fighting style could have his nickname changed from “Crash” to “The Zombie” or “The Walker.”

The New Englander also takes such a scenario as a badge of honor, an acknowledgment that for 15 minutes, he’s going to be the worst nightmare for whoever stands across the Octagon from him. He’s even had that conversation with himself.

“‘Bro, I don’t want to fight you, I don’t know what I would do,’” Bochniak laughs, recalling his inner monologue after a recent training session. “Everyone has that mental pressure and that toughness, and there’s a couple guys in the division that have the same mentality, but the thing is that not everyone has seen my complete game. I’m still molding into a fighter.”

That’s as scary as a pack of zombies bearing down on you, and the next recipient of Bochniak’s attack on fight night will be Canada’s Hakeem Dawodu. The UFC 231 bout on Saturday is a chance for Bochniak to break back into the win column after an April loss to hot prospect Zabit Magomedsharipov, but for the 31-year-old from Boston, it means a lot more than just that.

“The way I look at it is, I came into the UFC a little green,” said Bochniak, who has fought five of his 11 pro fights in the Octagon. “There’s no doubt about that. I basically got my MMA experience at the highest level. But I feel like I proved my worth, I’m battle-tested, I fought so many diverse guys in the UFC and I’ve gone the distance with every, single one of them. I have the experience, everybody knows I have the heart and I’m crazy and I have the mindset and the skillset. It’s time to put everything together and that’s why I’m so excited for December 8th. I’m fighting a good, explosive striker, but I have more experience, and I look like a completely different fighter from the Zabit fight. He’s a great striker, but I don’t think he has what I have – that grit, that determination, that mindset, and he’s not battle-tested yet. His time’s not now. This is my time.”

Bochniak was hoping his time was going to be in April, when he faced off with the highly-touted Magomedsharipov in Brooklyn. The Dagestan native was expected by many to put together another highlight-reel performance against Bochniak, but “Crash” wasn’t buying it. I ask whether he took his underdog status personally.

“I didn’t take it very personally, but I didn’t like it, so yeah, I guess I took it personally,” he laughs. And while he lost a decision at UFC 223, his gritty effort earned the pair Fight of the Night honors and proved once again that he’s not the guy any featherweight will be volunteering to fight.

“Almost at the end of the second round, he (Magomedsharipov) went for a shot and I heard him make a loud noise, like it was a little extra effort,” said Bochniak when asked if he ever noticed the poker-faced Magomedsharipov showing that he knew he was in a fight. “And I bet he’s never felt that before with a fighter because he’s always had his way. And I saw him glance up at the clock. My fire continued to burn and I knew I broke him mentally. I didn’t get the Rocky ending (Laughs), but I knew I had him. There were a couple of things that I wish I did, but mentally, I did what I had to do and I proved to everybody that I belong.”

Since then, Bochniak has stayed in the gym, mixing up his usual routine in New England with a stint training at Tristar Gym in Montreal. Now he’s more confident than ever that he will lift his 2-3 UFC record to .500 this weekend and begin his march to the top.

“I’m not gonna hold back,” he said. “I’m coming forward. I know I have the gas tank and I know I have the skill set. So I’m not leaving any bullets in the chamber. I’m coming. I have the experience and my coaches have given me the colors. It’s up to me to make the painting.”

Will it be a blood-splattered zombie-esque masterpiece? Well, he’s got the right idea.

“Everybody takes a fight differently,” said Bochniak. “I have a good heart, I have a good life, I’m a nice, respectful person and I like to do things for others. But when I’m in there, and right before I’m about to step in that cage, even the night before, I flip a switch and I say a little prayer. I ask God if it’s time for me to go cold and do what I have to do. I’m a good person, but when I go in there, it’s time to be dark. And when I flip that switch, I’m free.”